The Old Church of Vilanova de la Barca (Lleida, Spain) is a 13th century Gothic building that was partially demolished in 1936 as a result of the bombings during the Spanish Civil War. Since then, the church had been in a general state of ruin, preserving just its apse, some fragments of the naves and the west façade.
The main aim of the project was to recover the rests of the ancient church and to restore its original appearance while transforming the old structure in a new multi-purpose hall. The project aims to establish an architectural dialogue between the old parts and the new elements, between the past and the present. 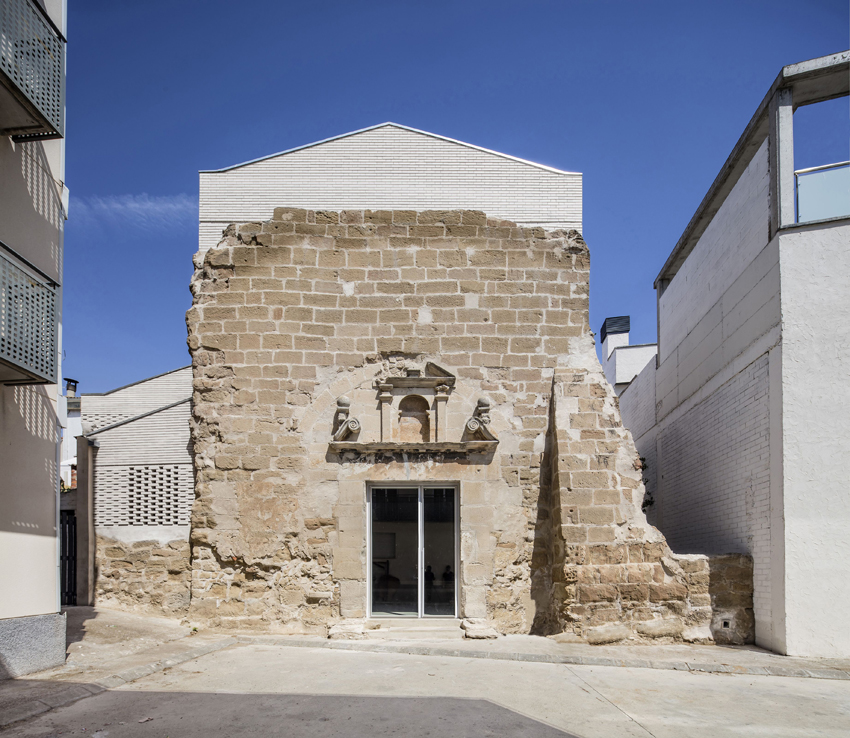 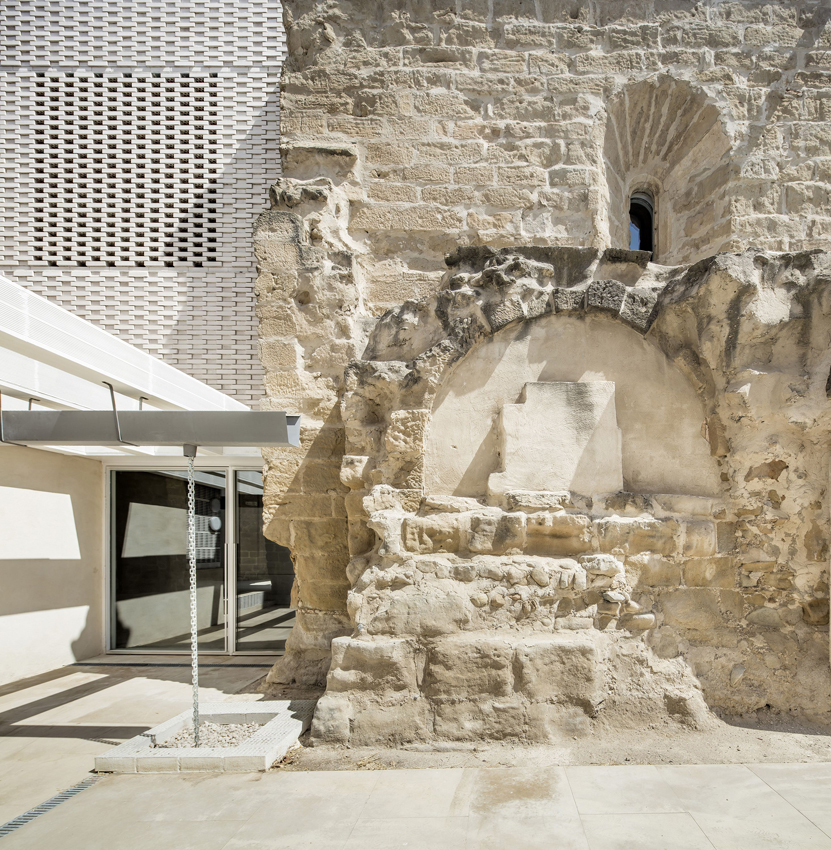 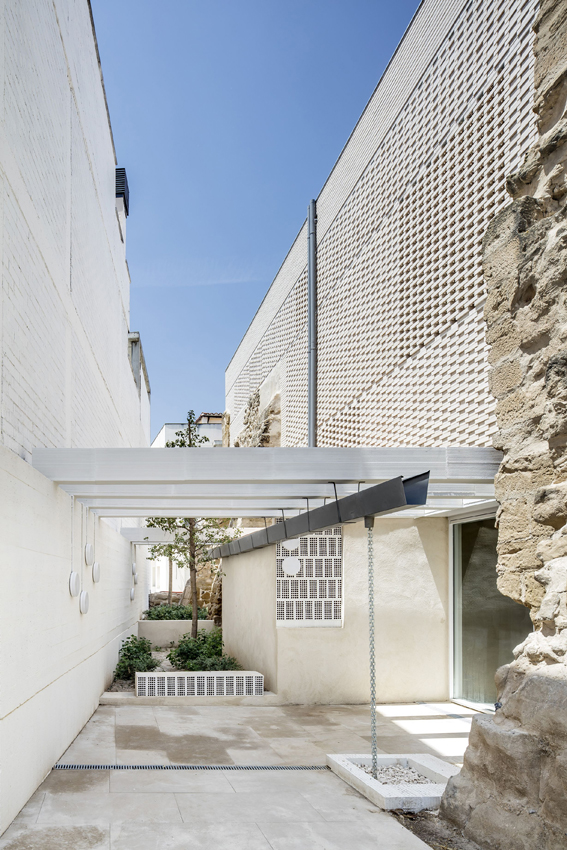 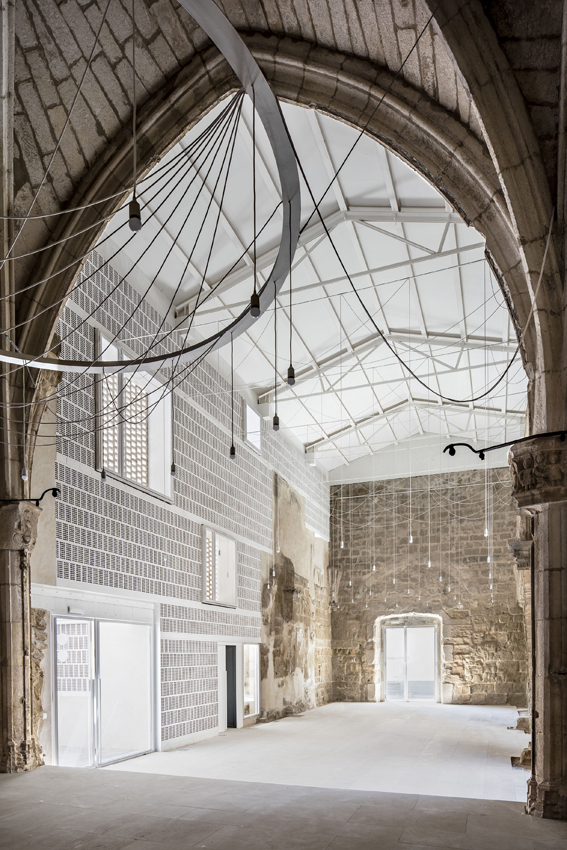 The original church has a basilica-styled floor plan with two naves, a presbytery and lateral chapels. The building is 22 meters long and 7 meters wide, with an interior space rising up to 10 meters. In the oriental part, the surviving construction preserved two impressive lateral buttresses, probably of a Romanesque origin, and a ribbed vault of the 17th century in a late Gothic style in the apse. 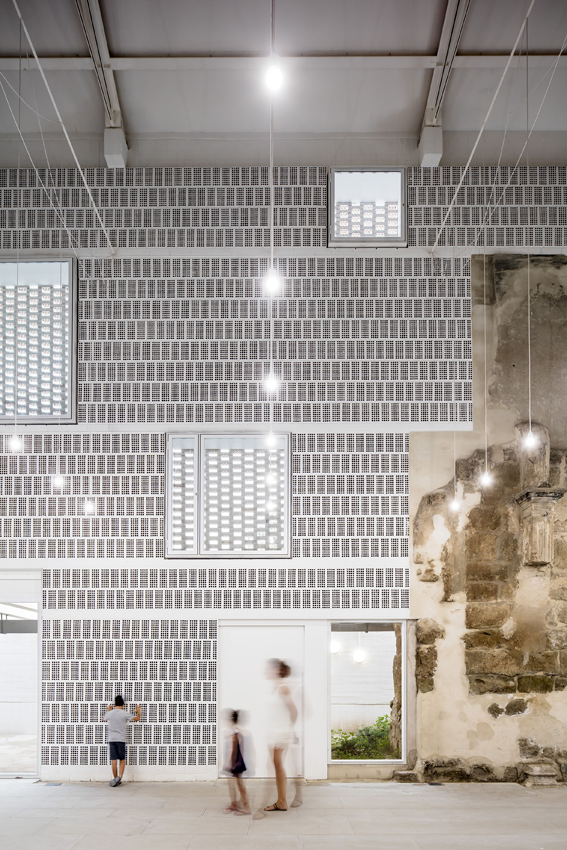 The entire church was built with a stone ashlar of the area which was largely damaged by the weather conditions and the erosion of time. More recently, the church has been severely affected by the construction of an attached single family house in the former graveyard. 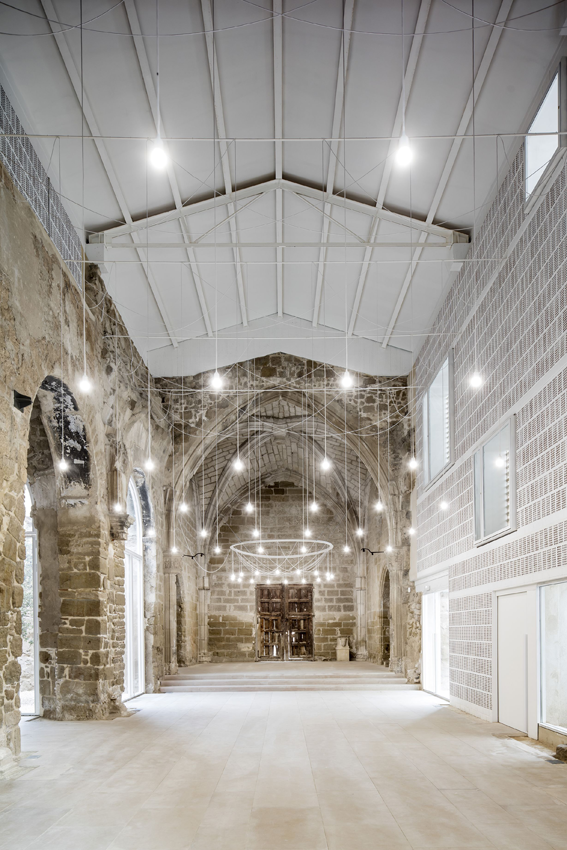 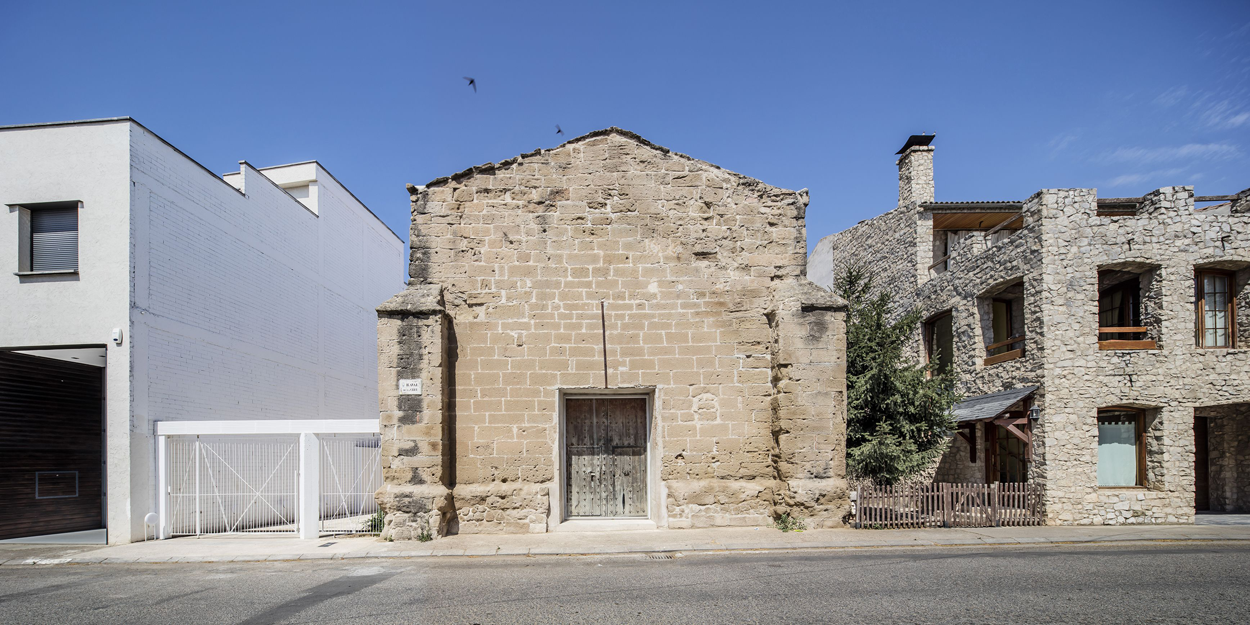 The most important part of the project has focused on the covering elements: the façade and the roof. The project establishes a new brick façade based on a latticework texture and a new gabled Arab tile roof. The entire system is conceived as a new architectural ceramic shell that is gently supported over the remains of the ancient walls. The outer façade rises hermetic and opaque, with no windows, as a textured background that reproduces the wrinkled, dense and irregular texture of the stone ashlars of the ancient church, advocating for a visual continuity and integration with the original fabric. 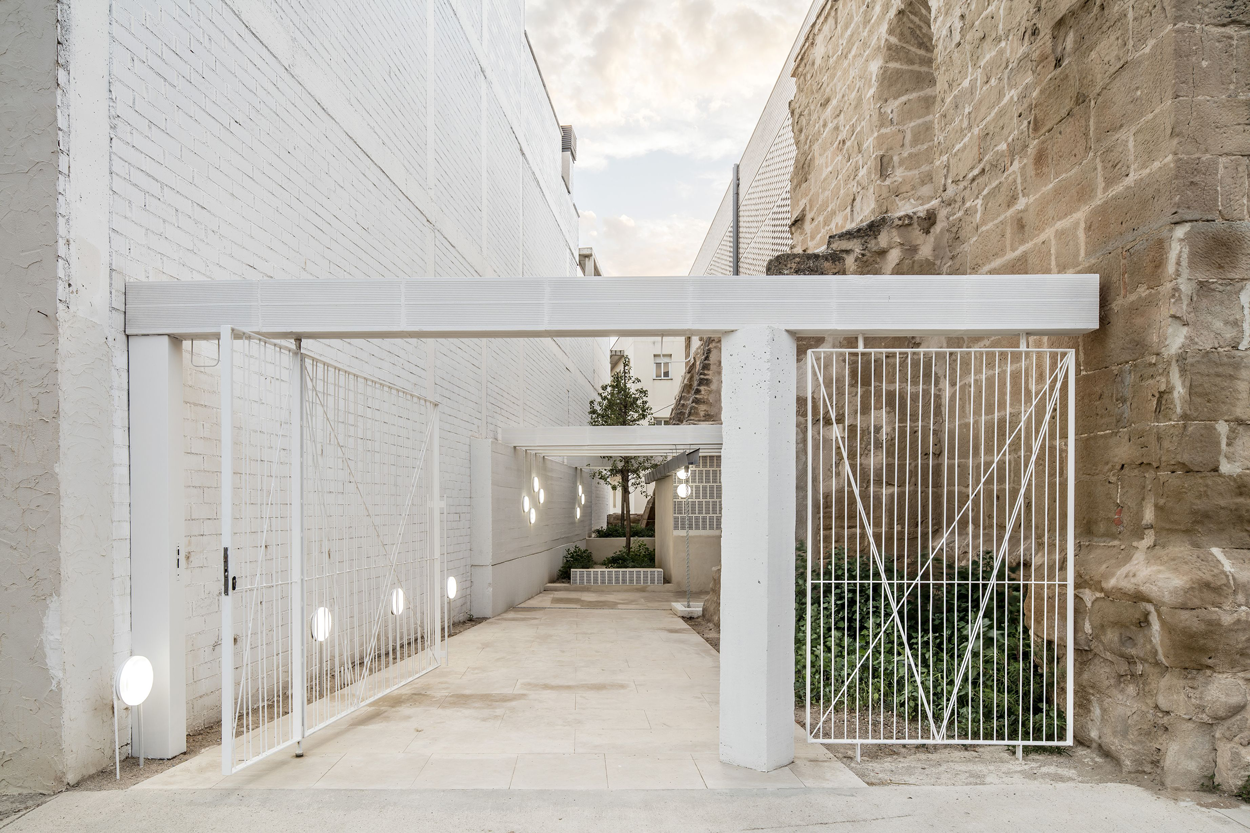 On the other hand, the inner façade is designed with a white perforated brick which reinforces the contrast and discontinuity between the old parts and the new elements. From the outside, the perception of the old church is restored, whereas in the inside, the building preserves the atmosphere of rest and introspection of the original sacred space. 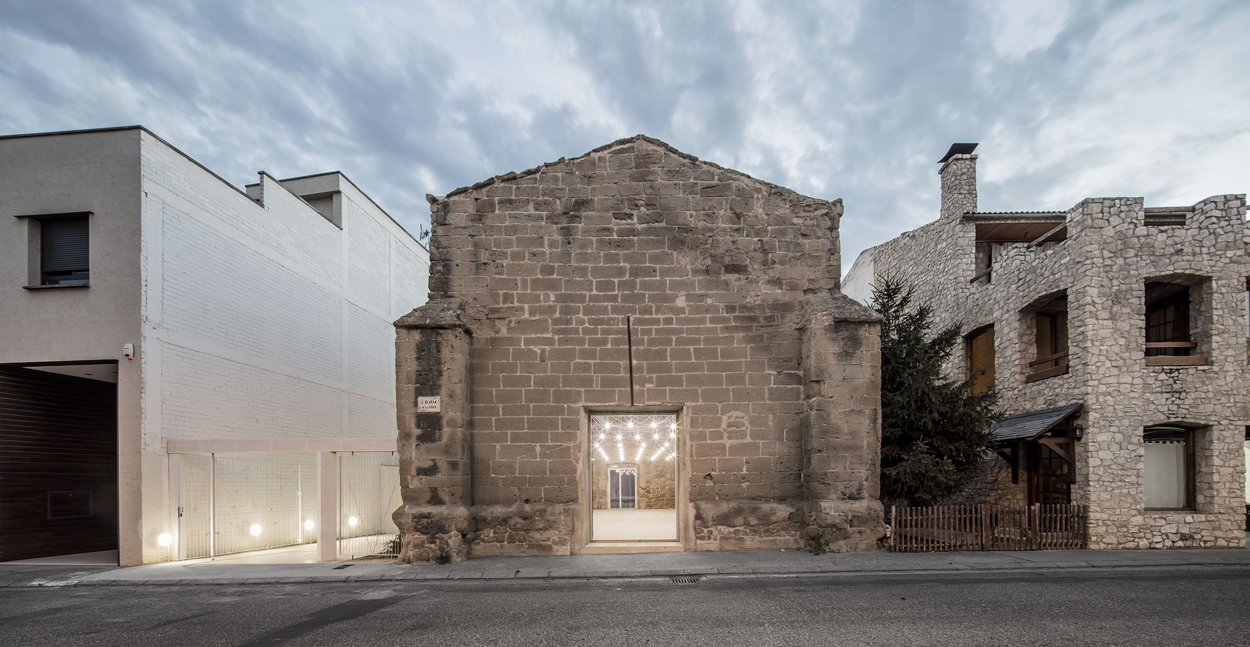 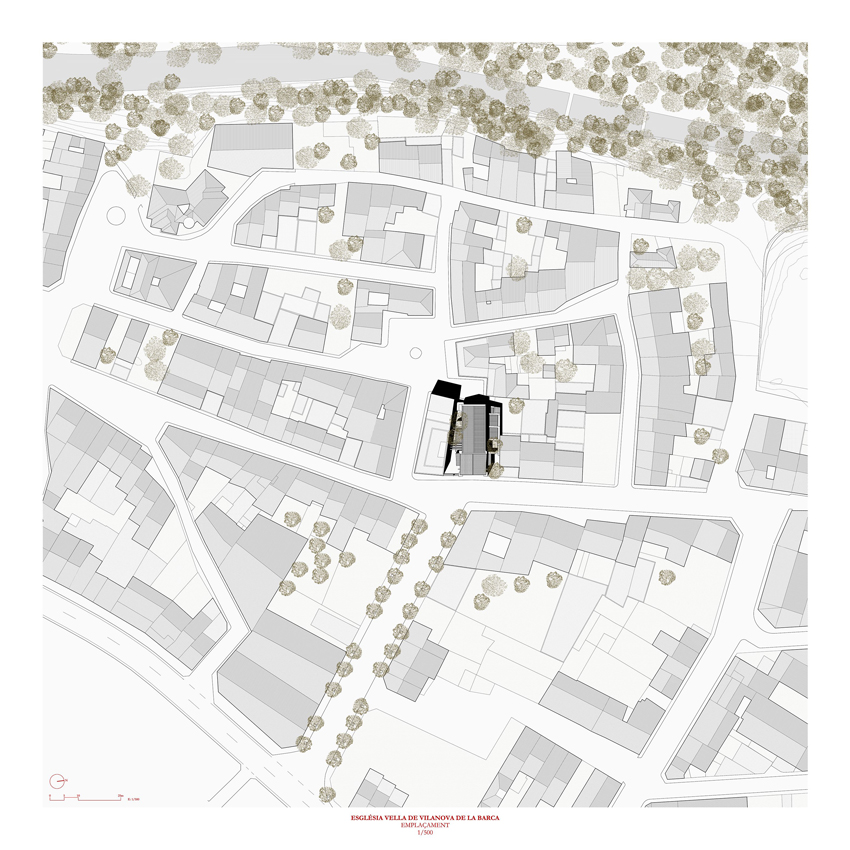 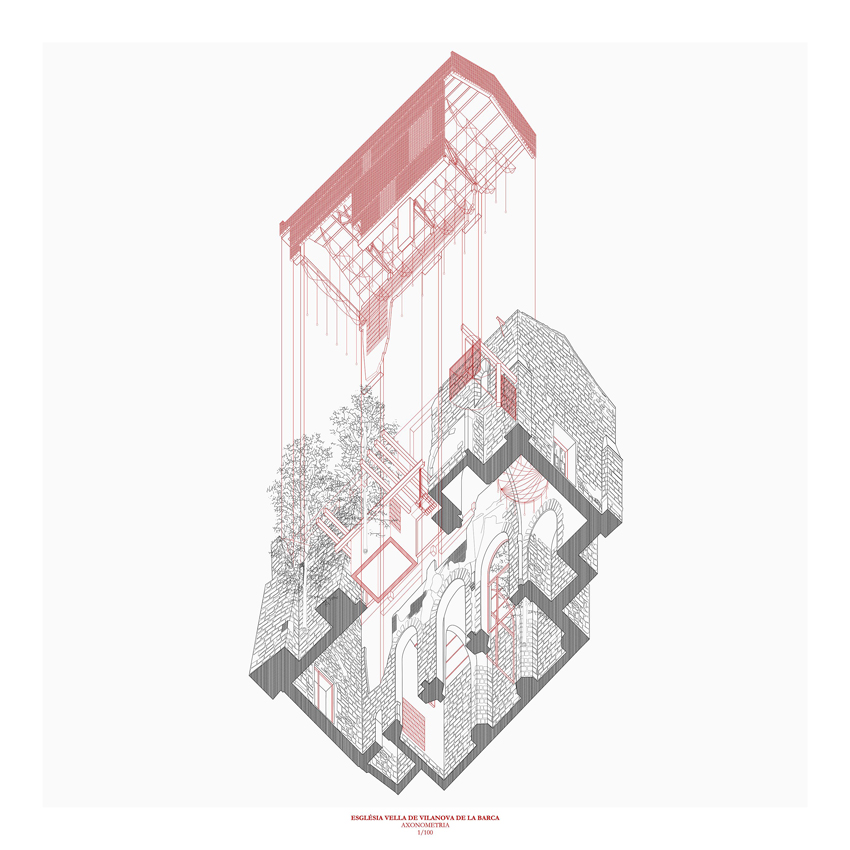 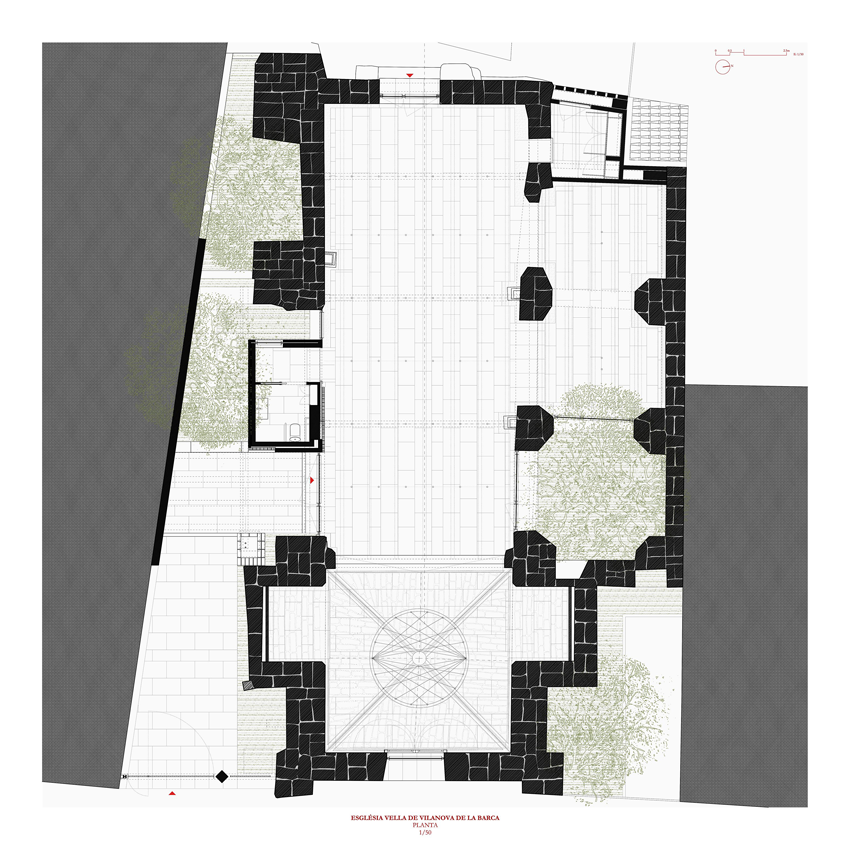 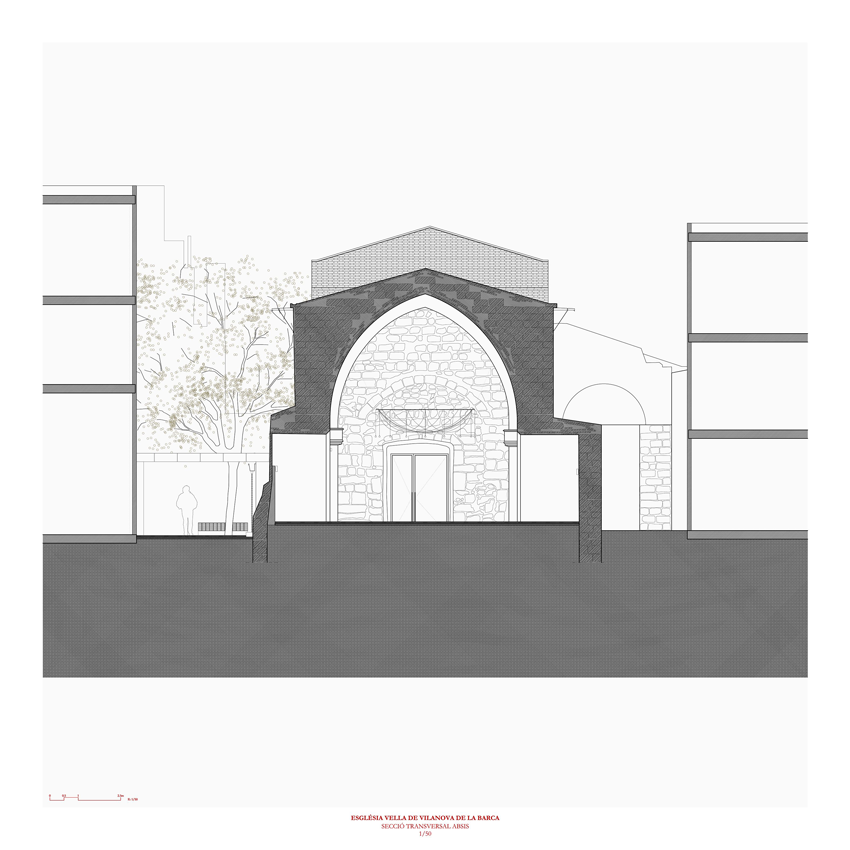 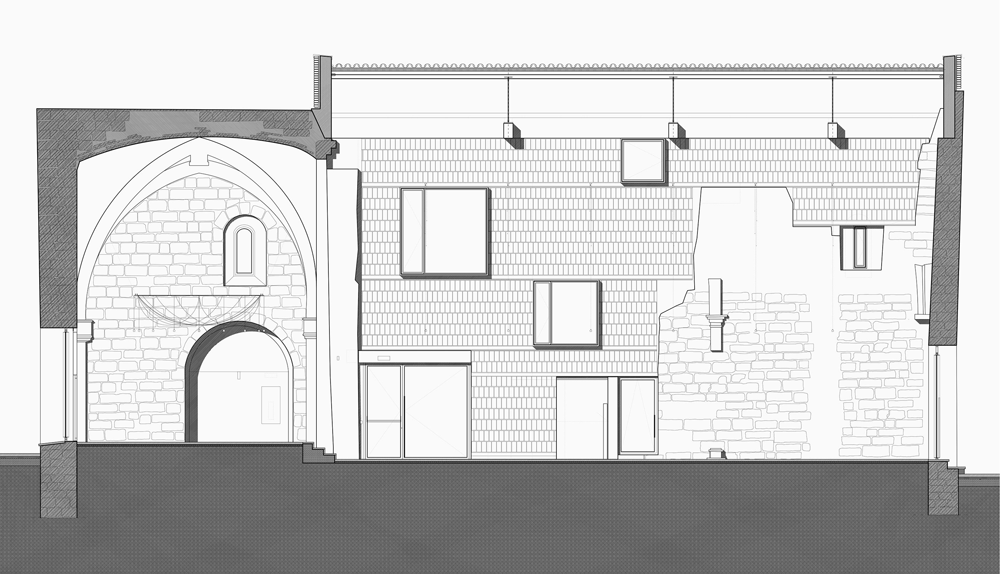 Longitudinal section of the main nave of the church. (click on the image to view the photo gallery)

The project offers a new alternative entrance to the building through the transformation of the area of the former graveyard, an adjacent space located between the church and the attached single family house. The project replaces the former access of the apse − a bizarre door introduced after the demolition of the church − and transforms this space into a new entrance patio, dignifying this area after years of being suffocated by the large adjacent dividing wall. The pergola, the trees, the carpeting vegetation and the water chain draw a new scenography that serves as an entrance threshold to the church’s interior. 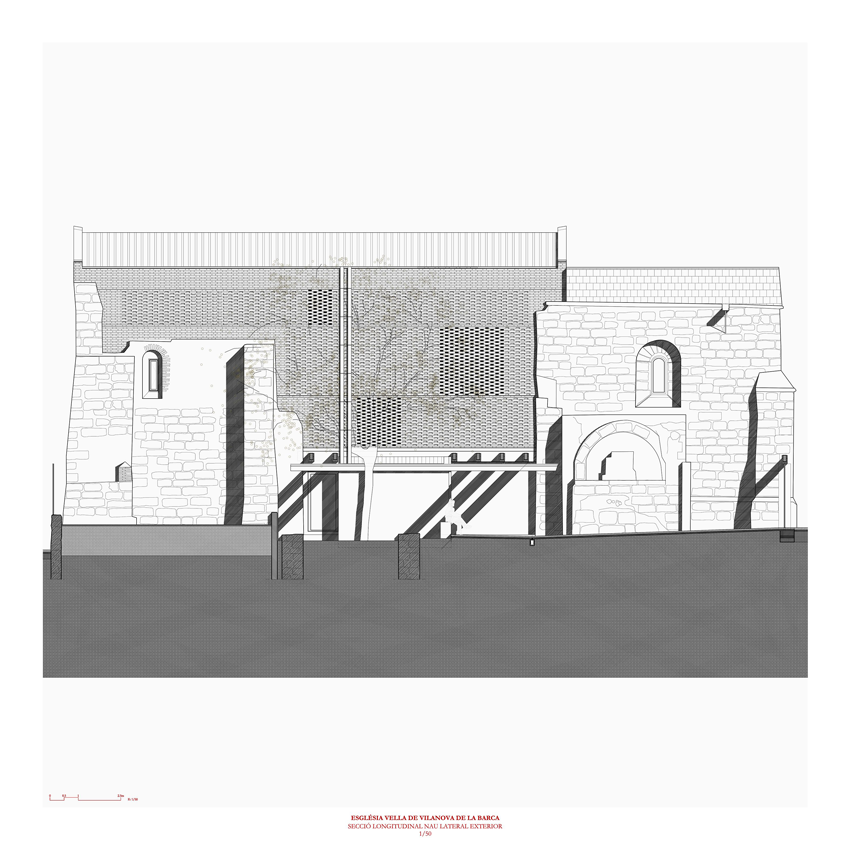 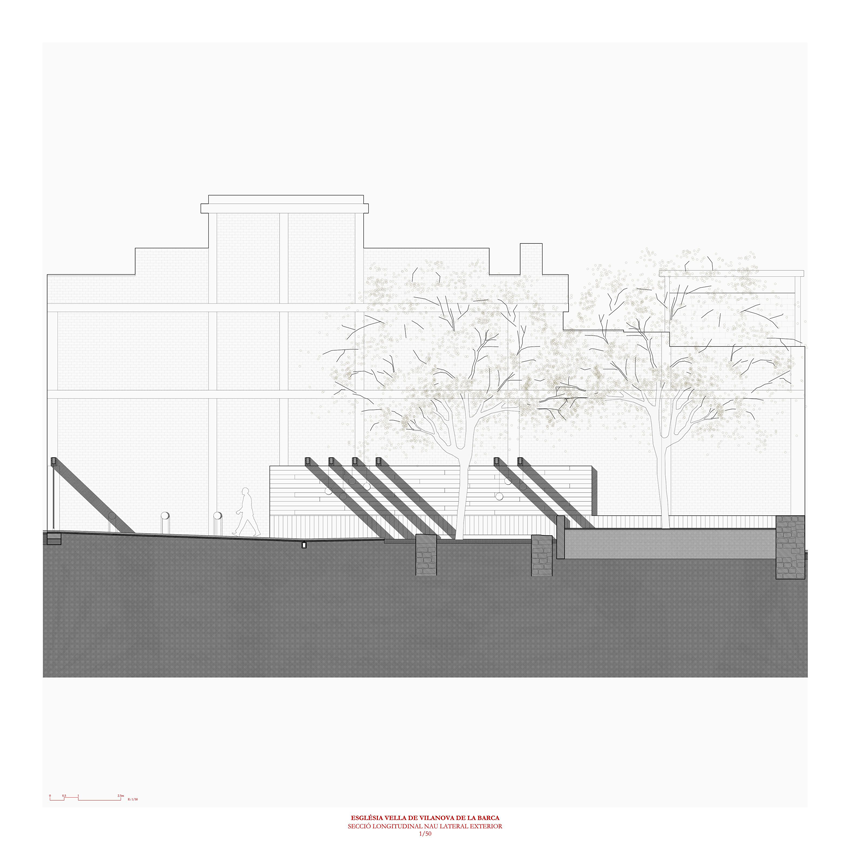 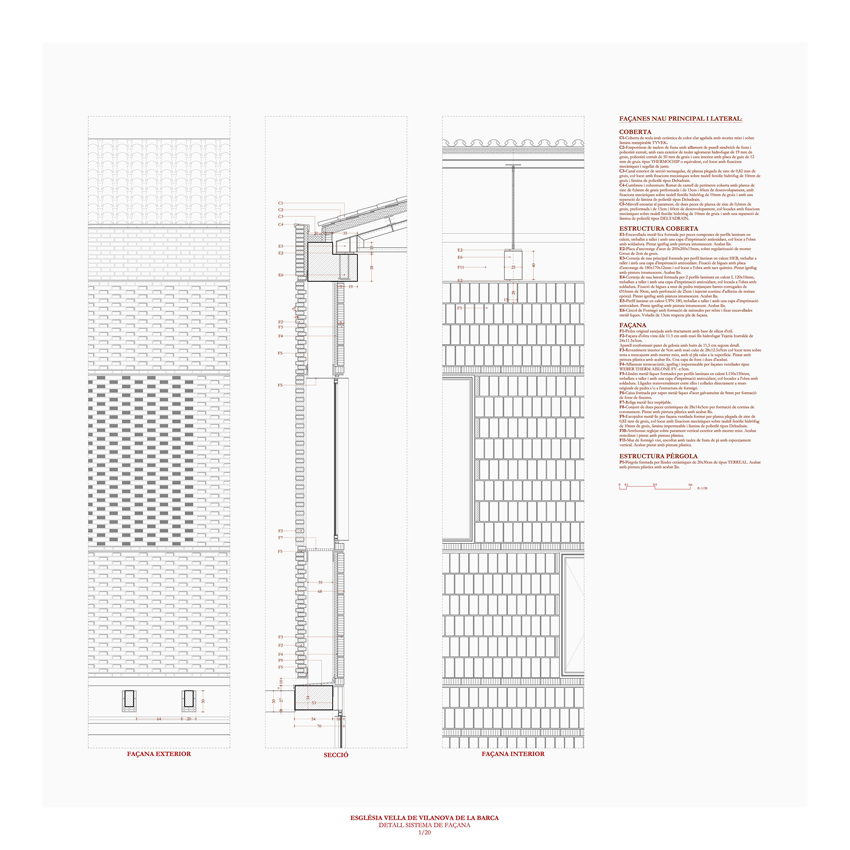