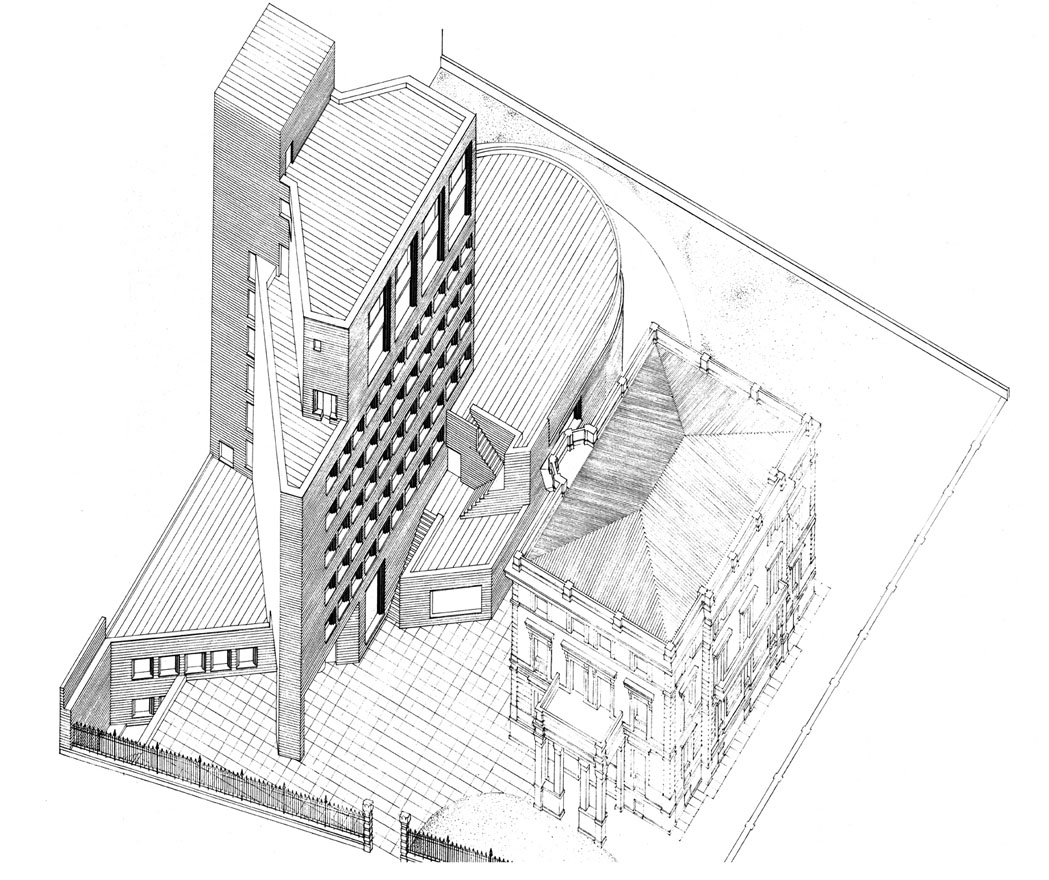 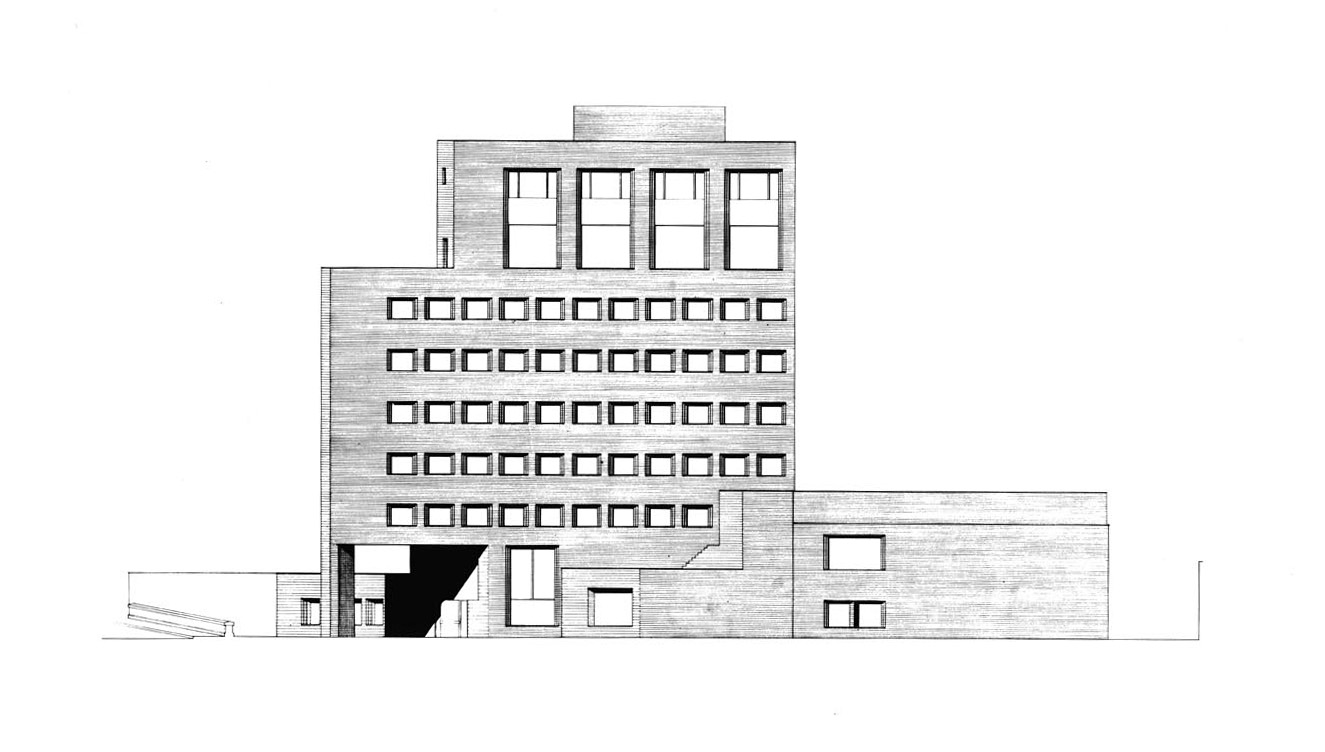 Photo: ©Michael Moran/OTTO. (click on the image to view the photo gallery) 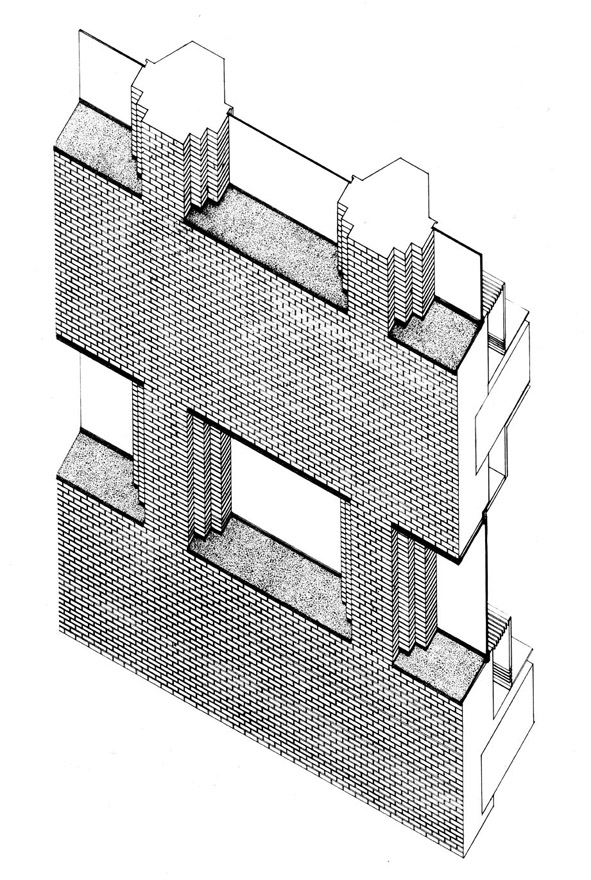 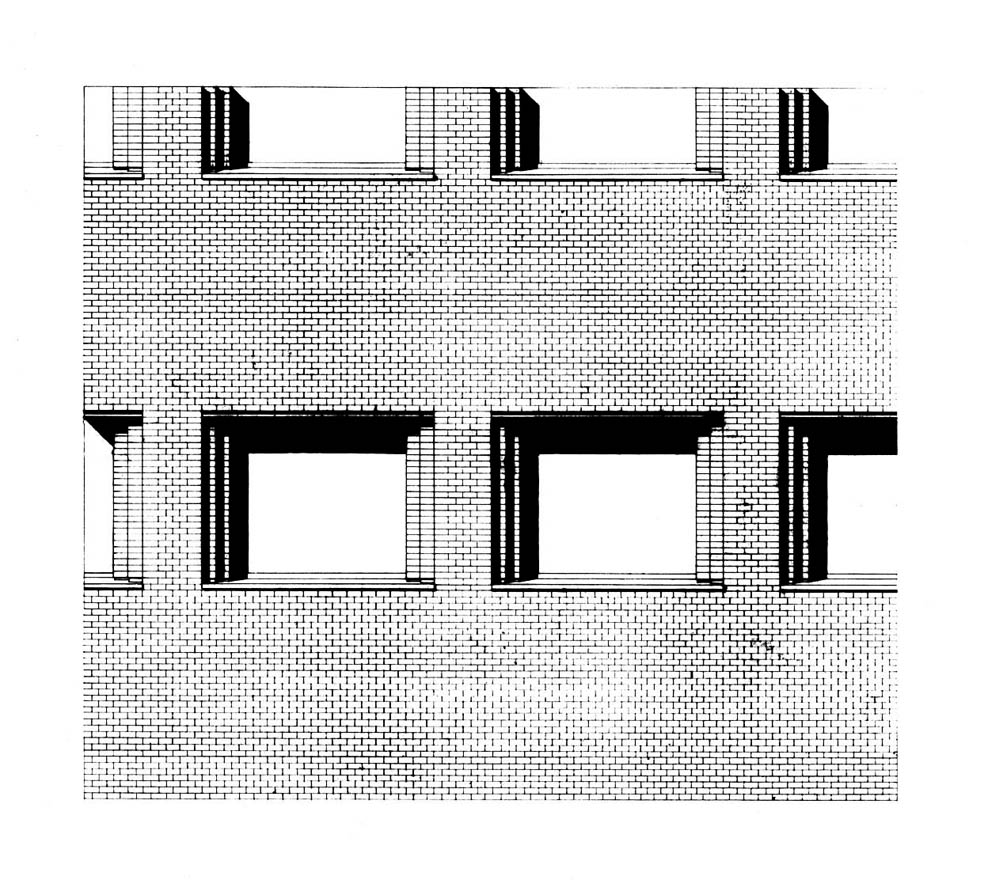 Bankinter broke away from the custom of demolishing palaces to erect institutional, industrial, or financial headquarters. Bankinter instead preserved the palace of the Marquis of Mudela, an excellent example of eclectic, turn-of-the-century Madrid architecture.
The new building coexists with the old one, but also maintains its independence. This is thanks to an entrance of its own (on Marqués de Riscal instead of the Paseo de la Castellana), which also allows the sharp corner (caused by the diagonal imposed by the serving staff area on the windows of the neighboring building) to exaggerate the building’s height. The new building still pays tribute to the palazzo, however, buy using a similar type of brick.

Photo: ©Michael Moran/OTTO. (click on the image to view the photo gallery)

Bankinter makes use of a geometry in which the oblique directrix prevails and where the definitive volume is established through special attention to what is contingent (circulation, ordinances).
It is also important to note how, at a time when brutalism was the dominant architectural style, Bankinter opted for precision and quality, especially visible in the careful design of the windows and in the inclusion of works of art, e.g., Pablo Palazuelo’s fresco in the foyer, or the bas-reliefs of Francisco López Hernández on the upper floor.

Situation plan. (click on the image to view the photo gallery) 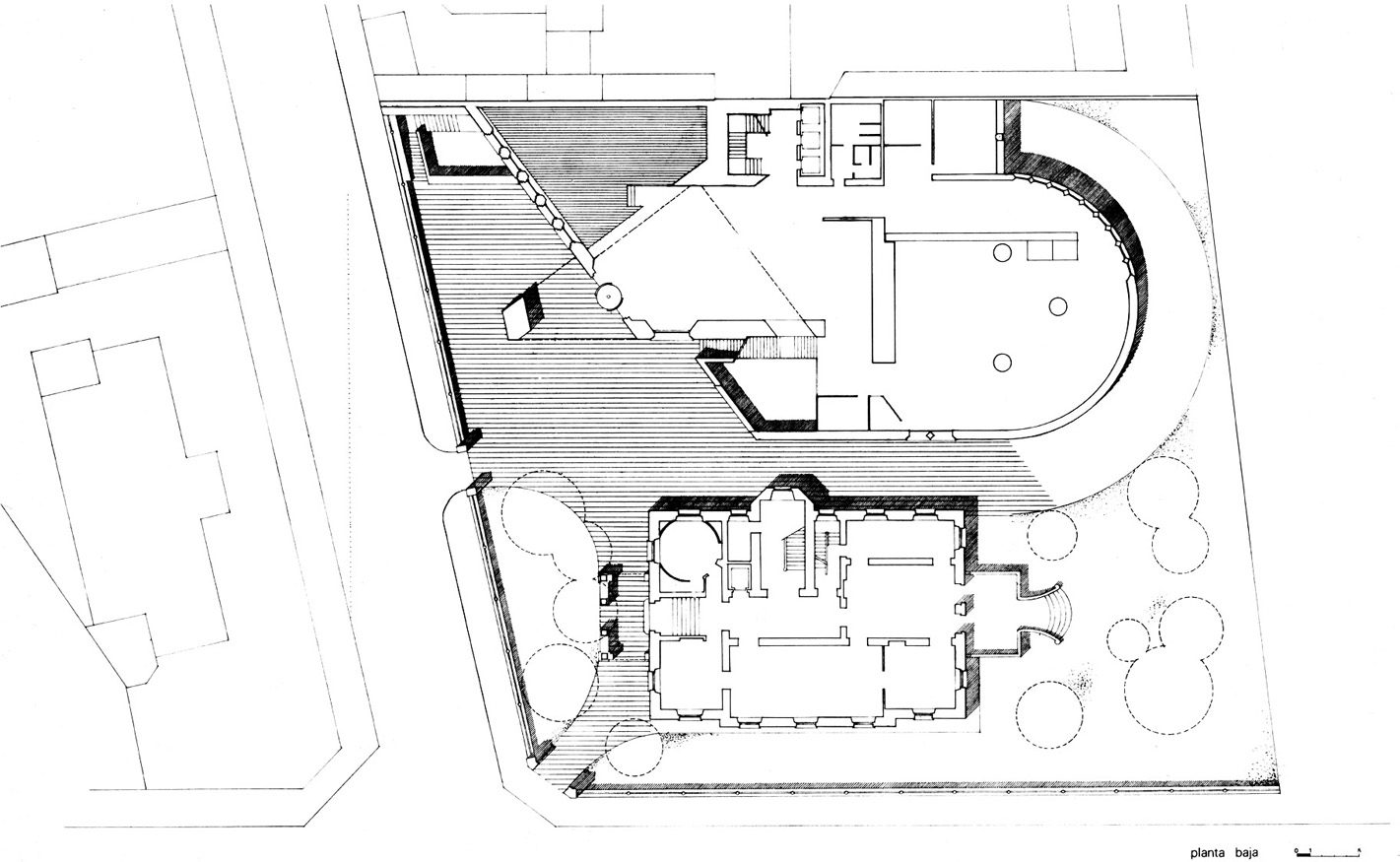 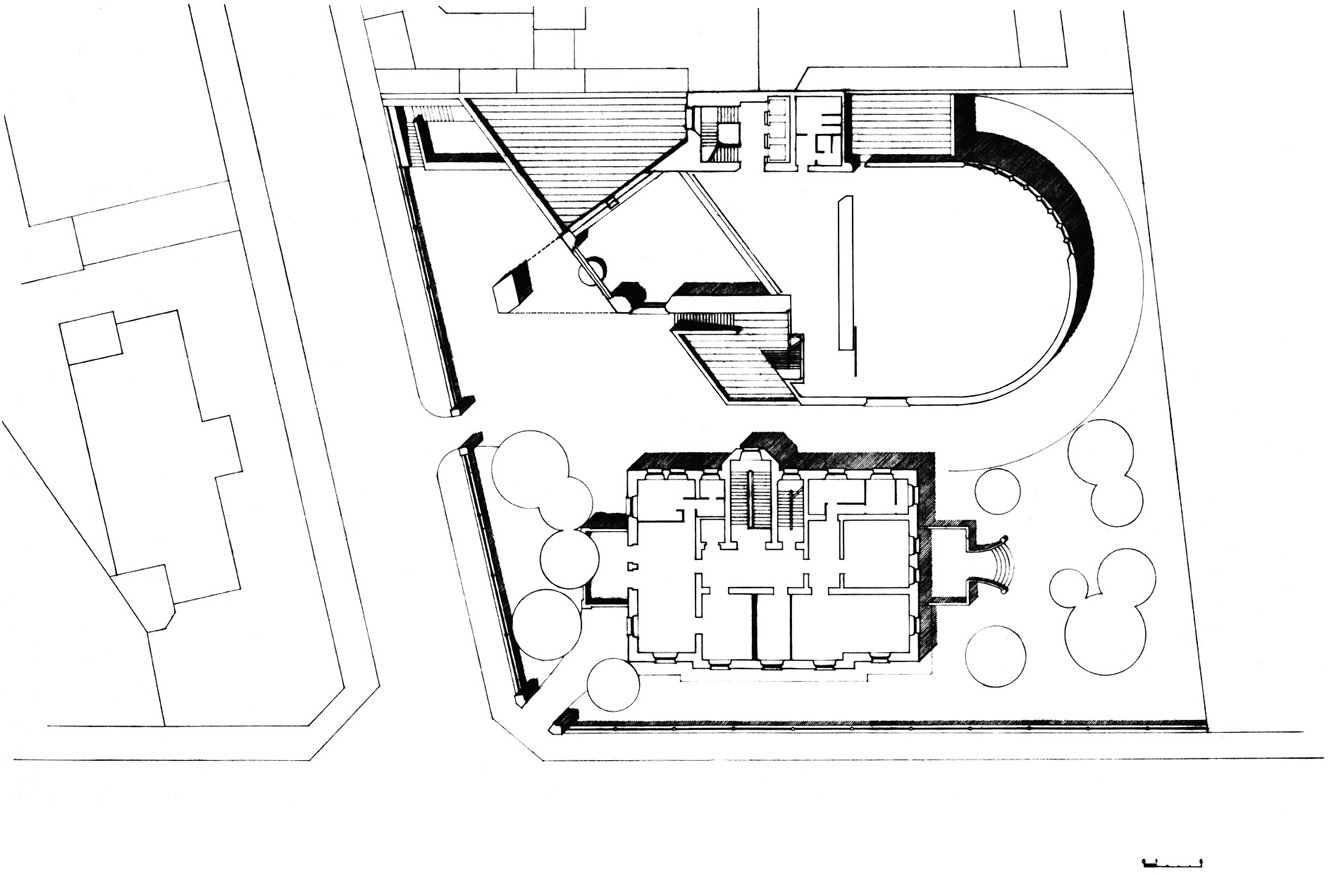 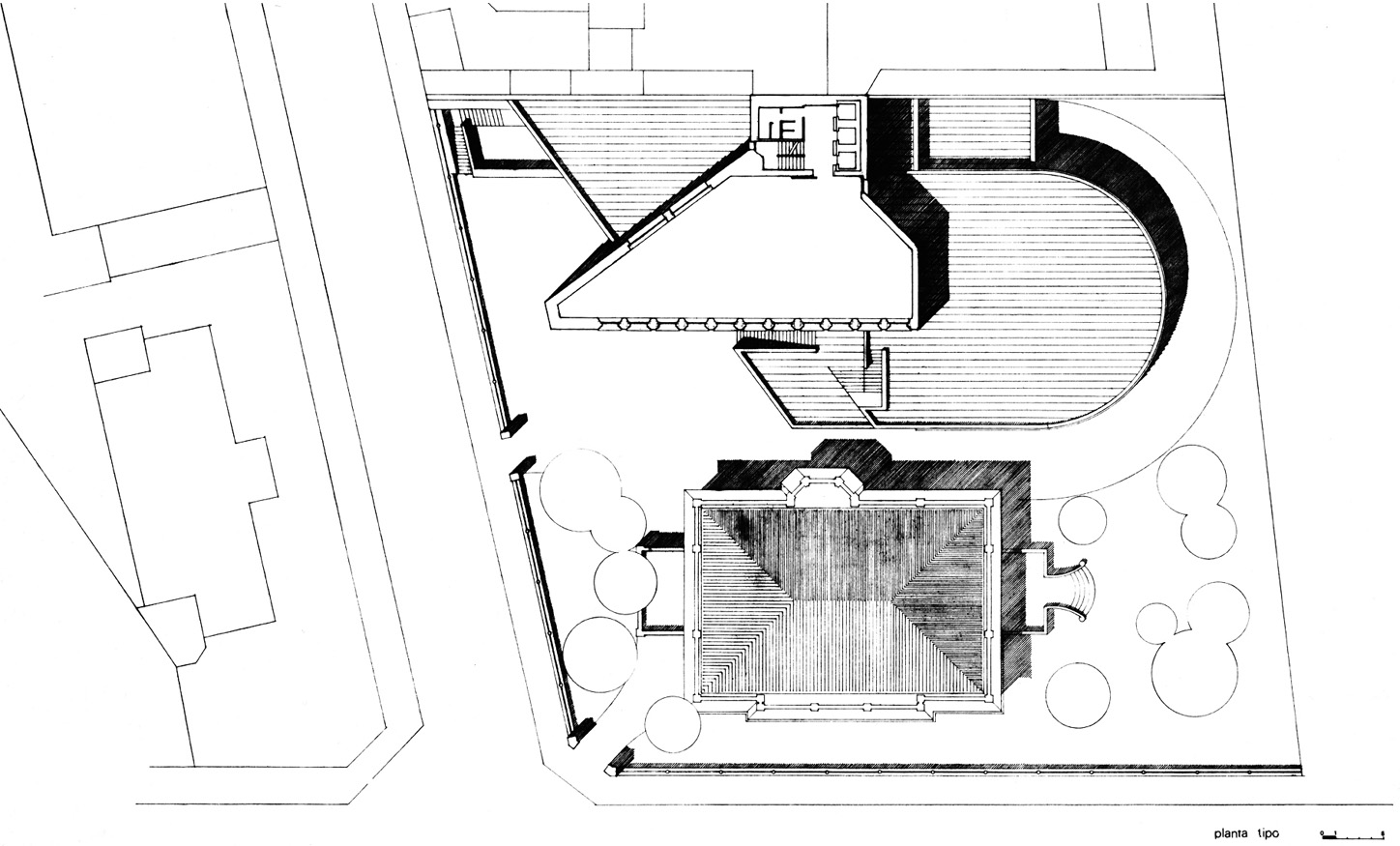 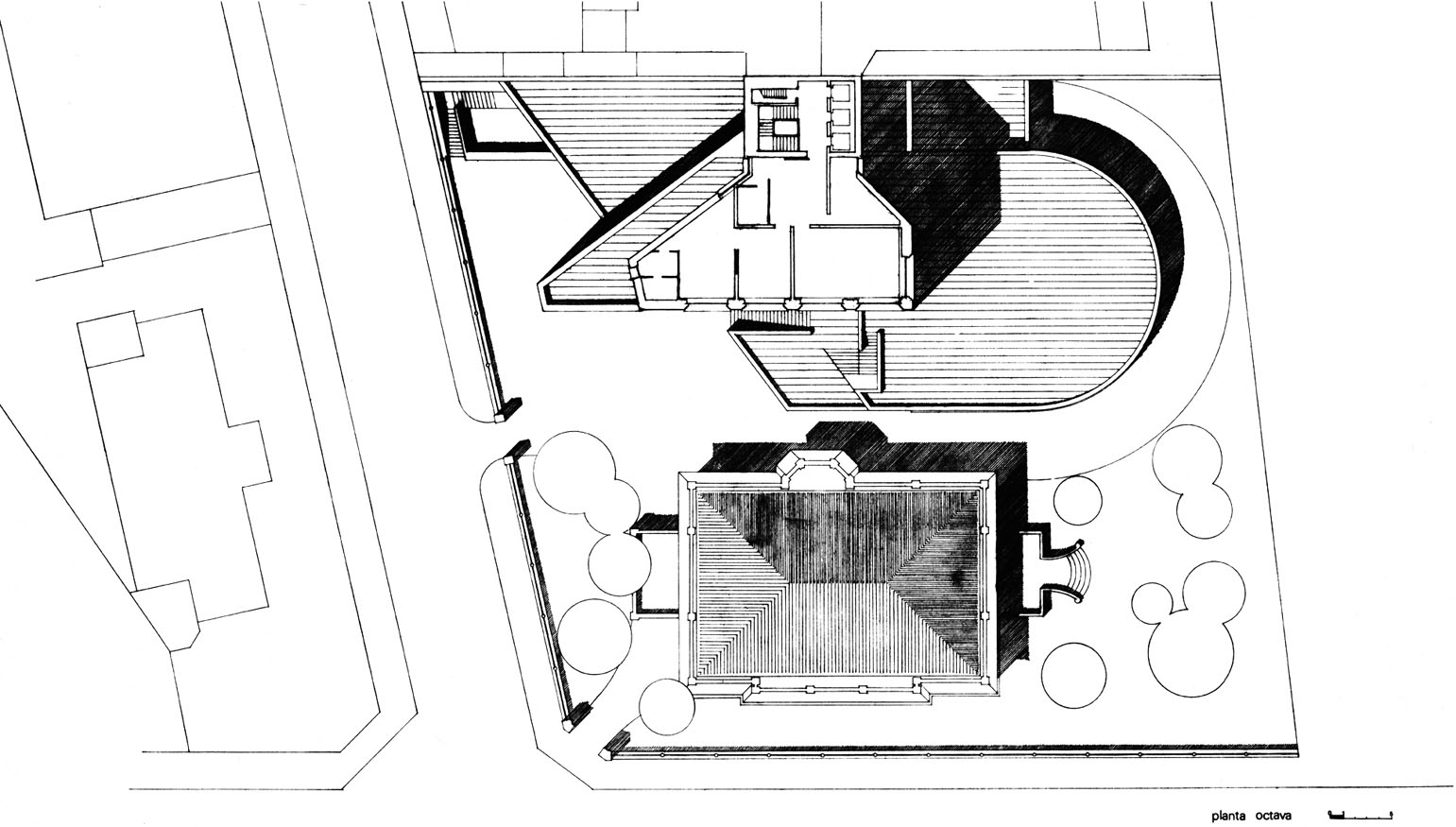