Sitting atop a pleasant and continuous evergreen meadow, overlooking the inner sea of Chiloe Island, this is both a half and a double house. Half, because it is the interrupted encounter between a cone and a cylinder. Double, because the subtraction of a rectangular form at the base of the previous figures generates a pair of equivalent rooms at the extremes of a linear sequence, one facing the direct yellow sun and the other the indirect and blue one. There is a large space contained by these parallel rooms; a partially paved court that is protected from the rain in two covered corners and from the strong winds on three sides. These sides are conceived as functional widths, as emptied thick walls containing all the domestic facilities. The presence of the whole curved case is rather asymmetrical: from one side it stands as a massive and hermetic fortified refuge, from the other it appears as a large pitched roof almost without supporting walls. 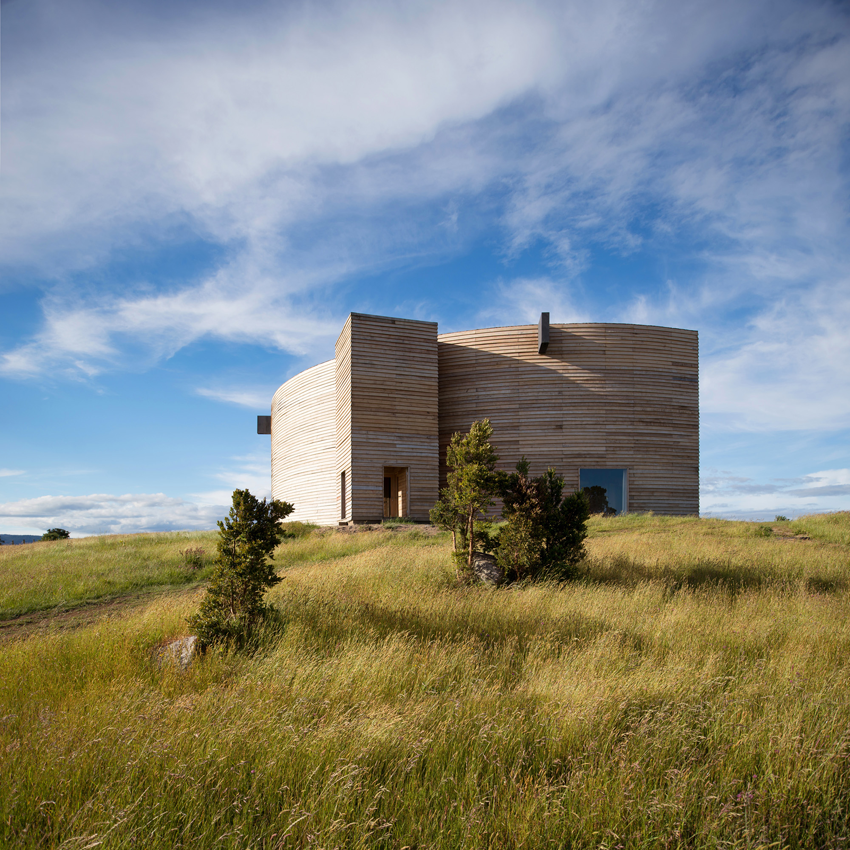 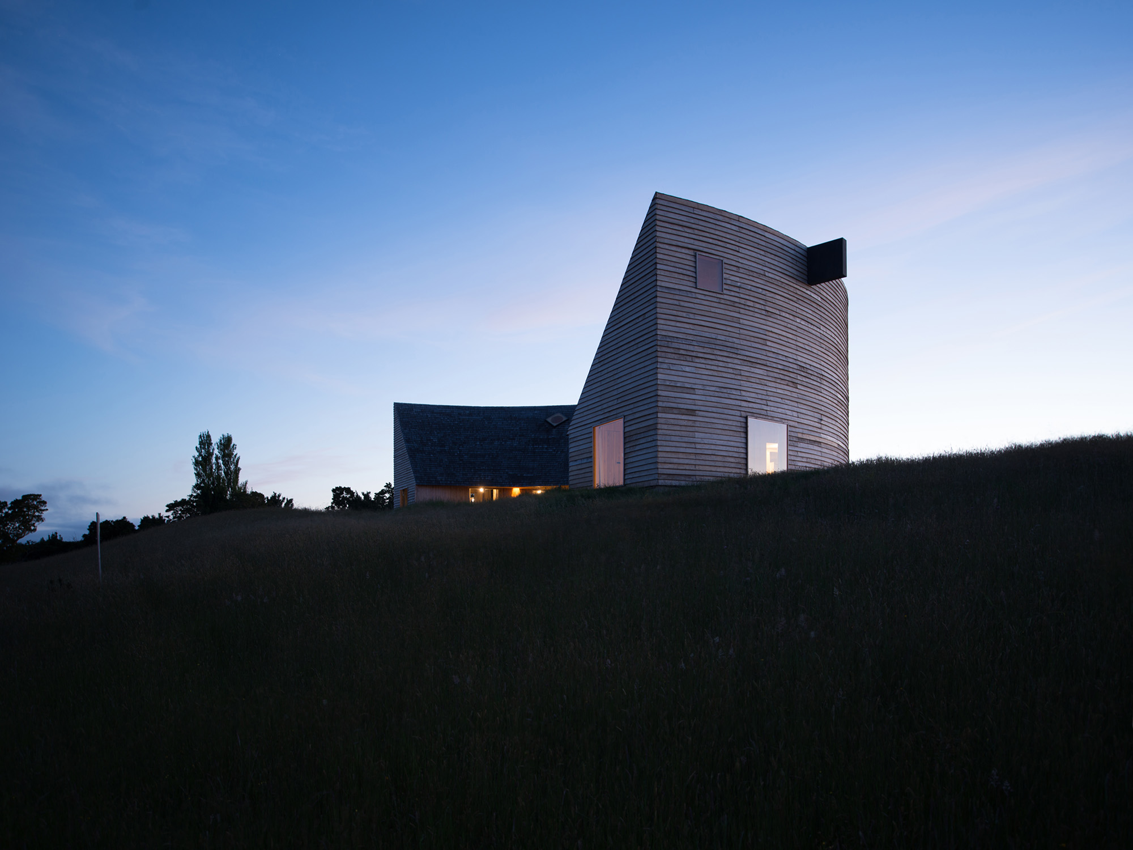 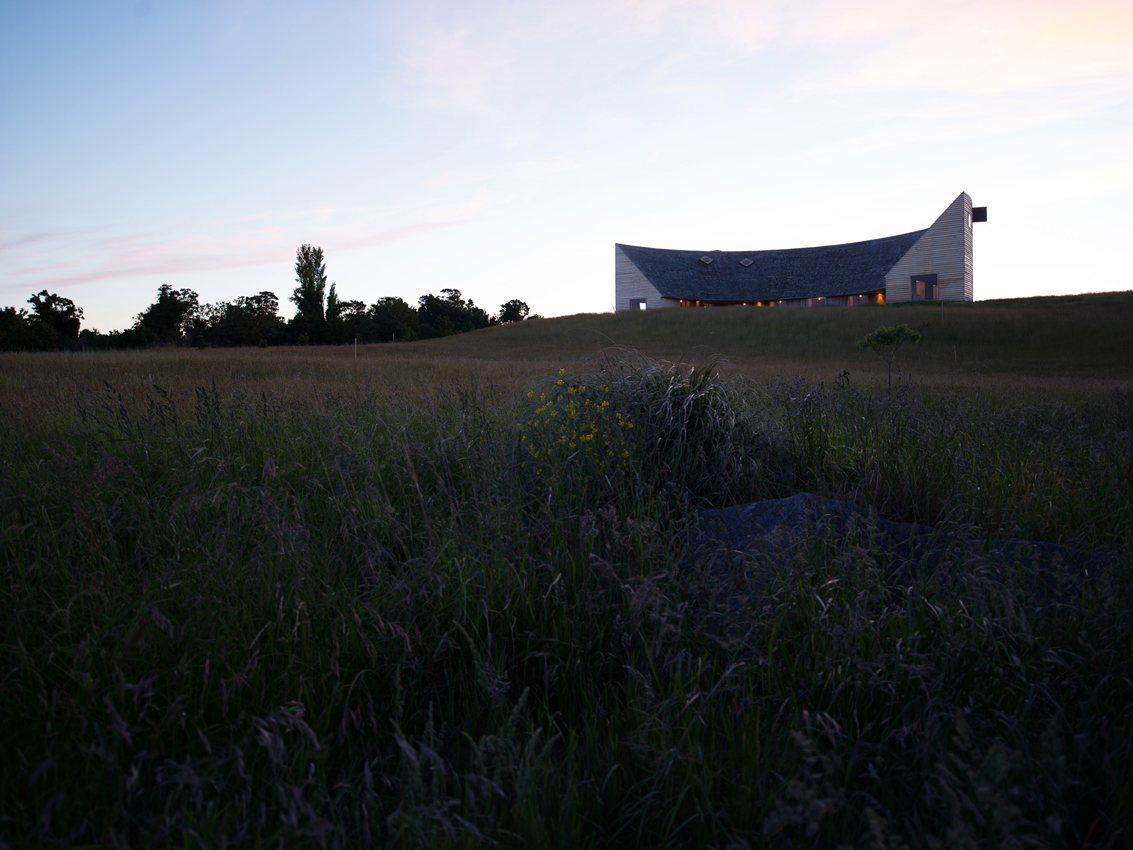 The entire construction is made out of local timber. The structure is defined by the polar array of forty-five rigid frames. While walls and ceilings are clad with boards, a traditional thin wooden shingle covers the conic roof. 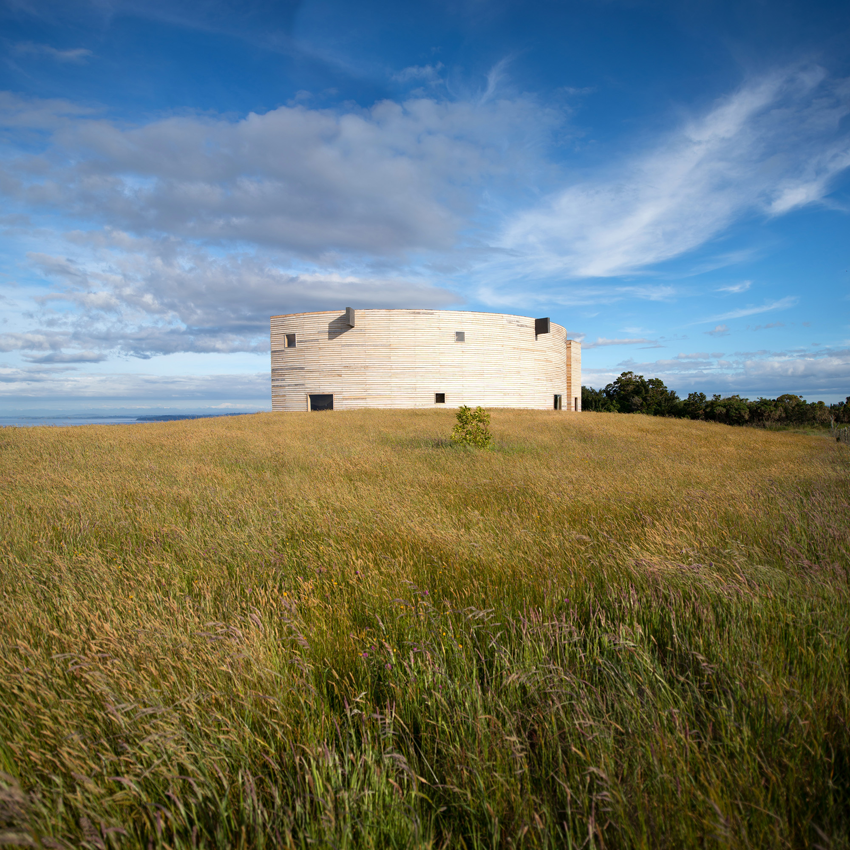 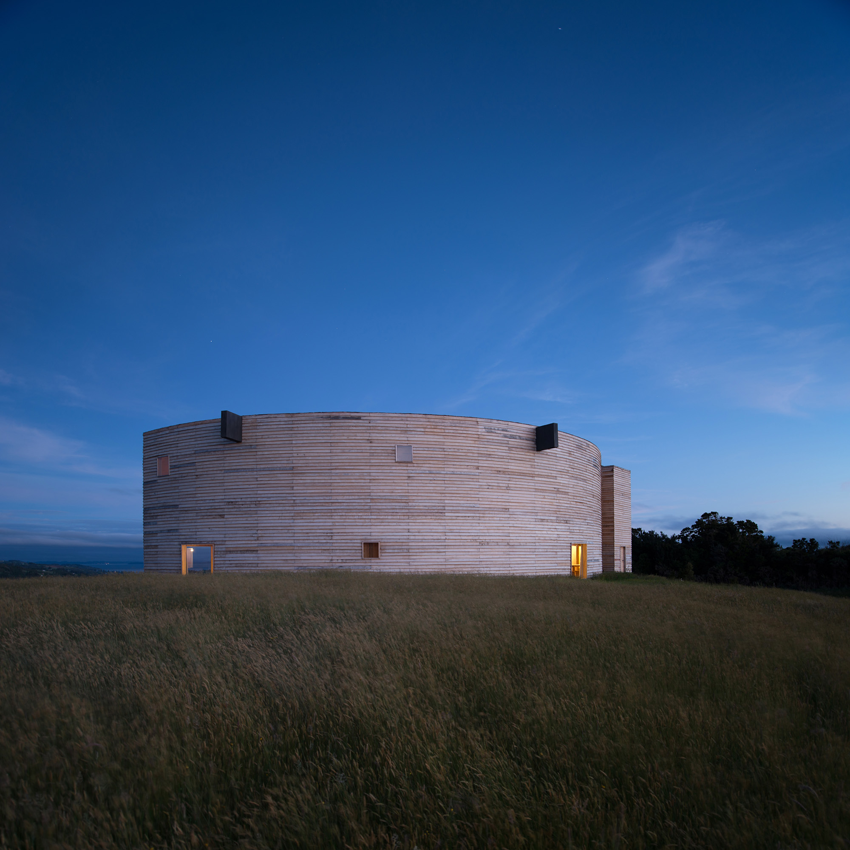 Knowing that the island is not only well known for the exuberant myths and legends but for a refined artisanal carpentry knowledge expressed both in churches and boats, accepting that something of that local knowledge would inform our project, we preferred to had in mind that delicate artlessness of a totally forgotten wooden padlock. 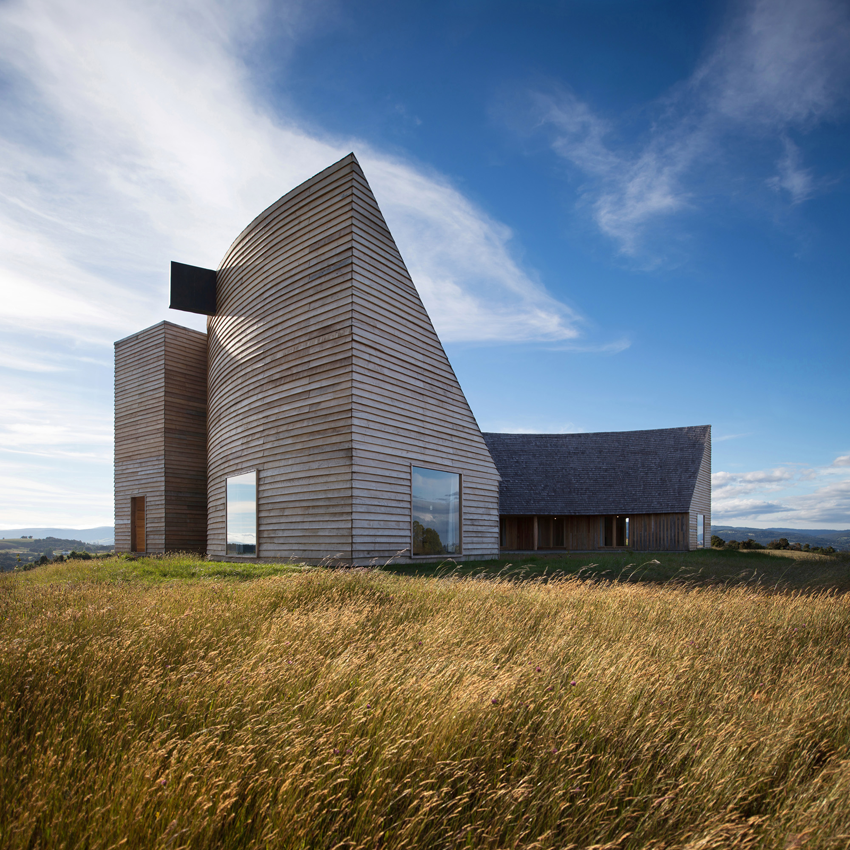 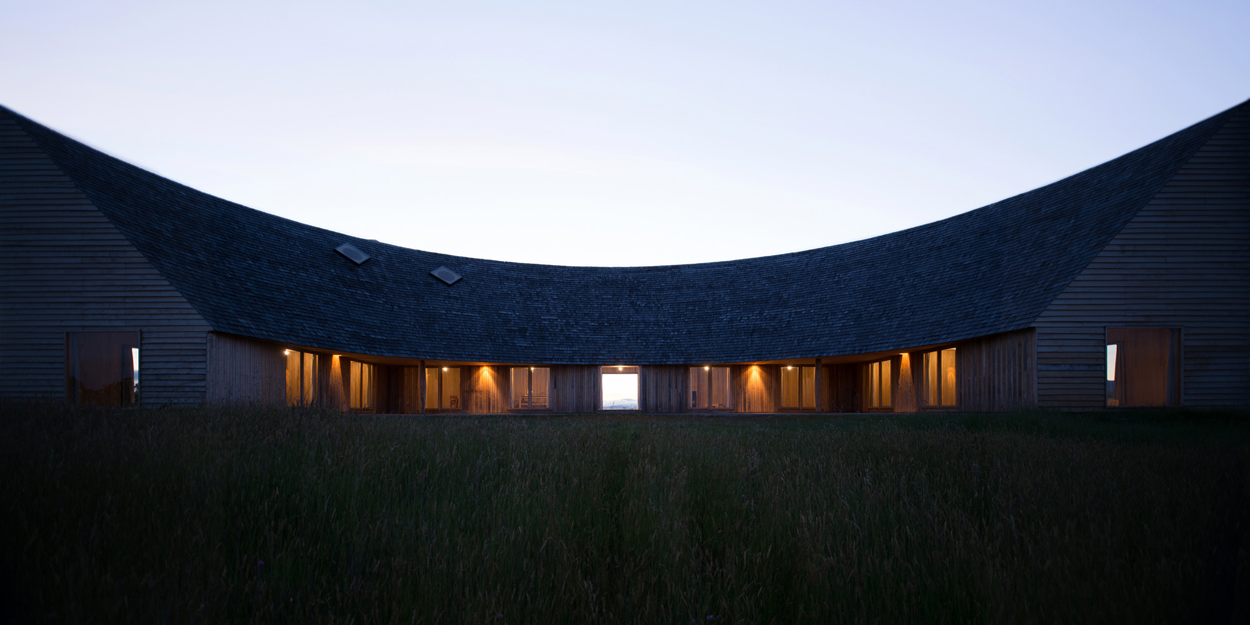 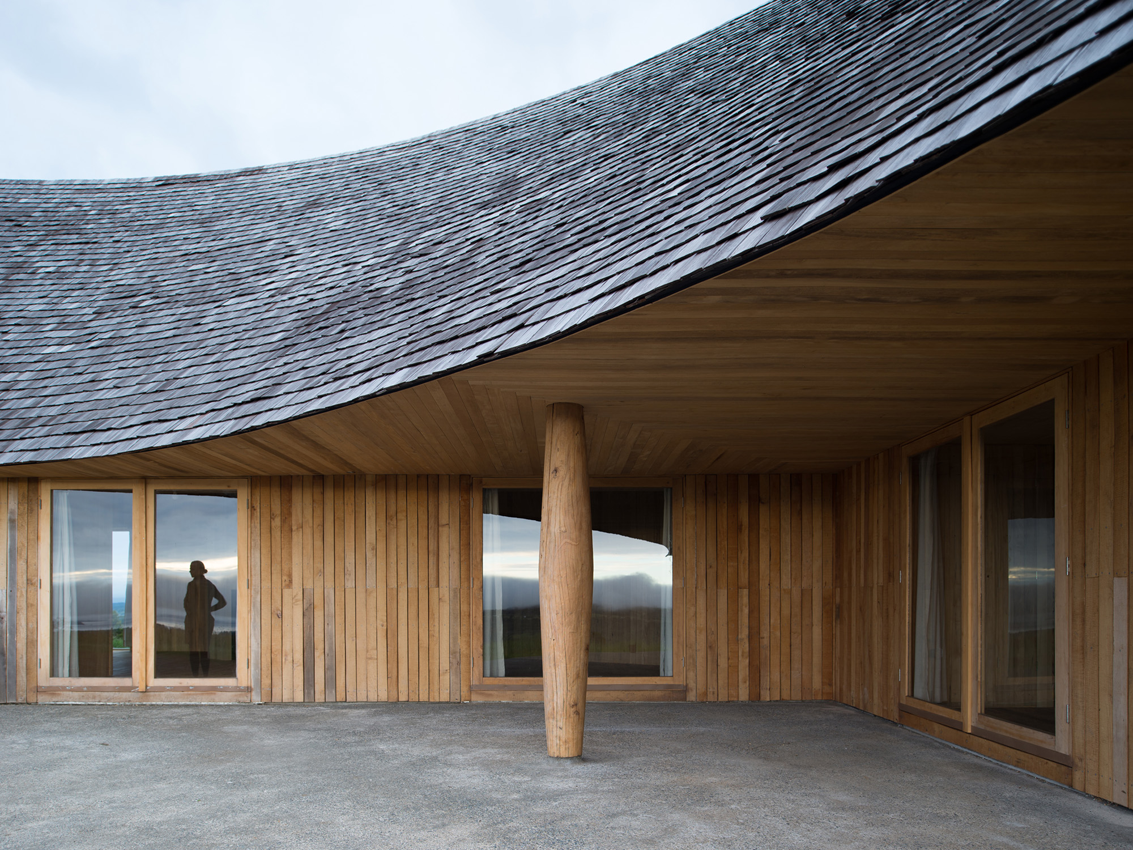 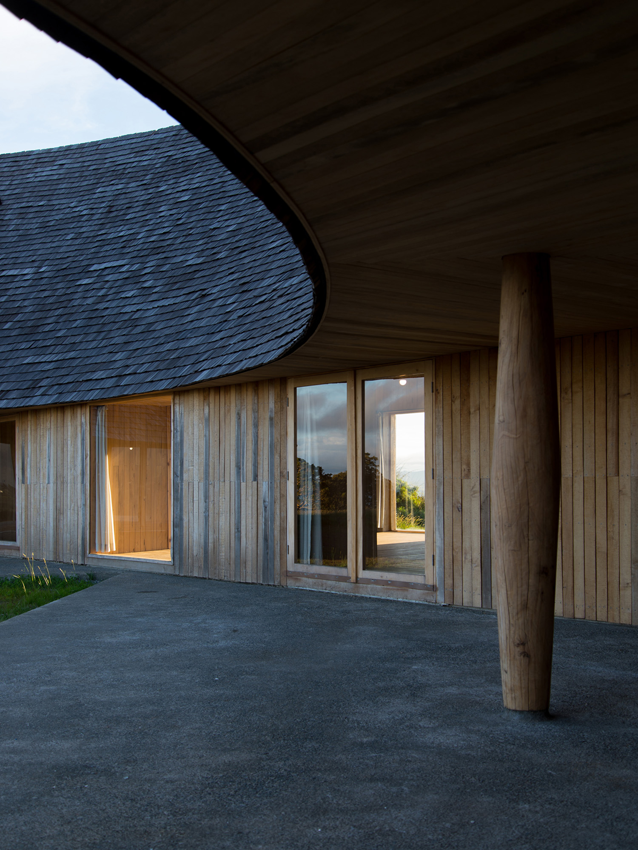 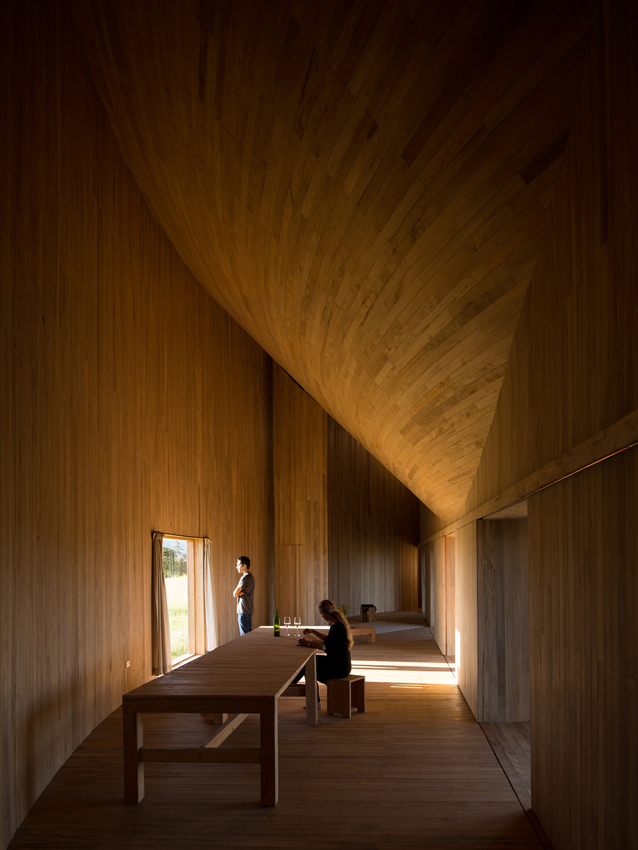 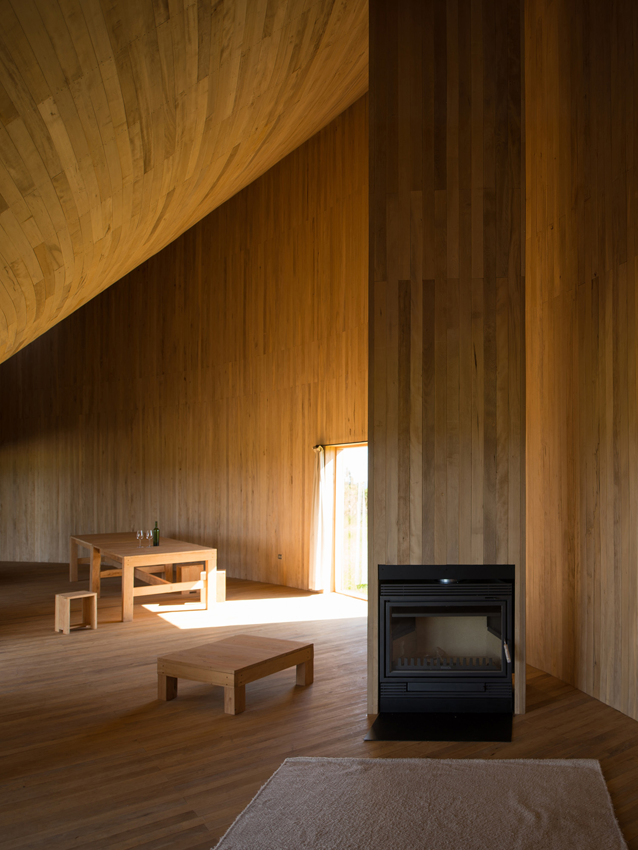 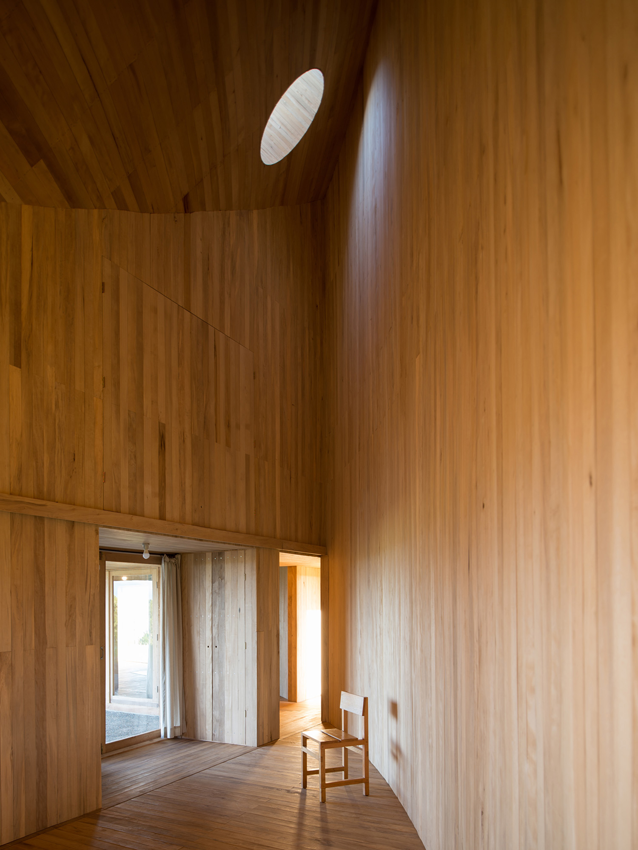 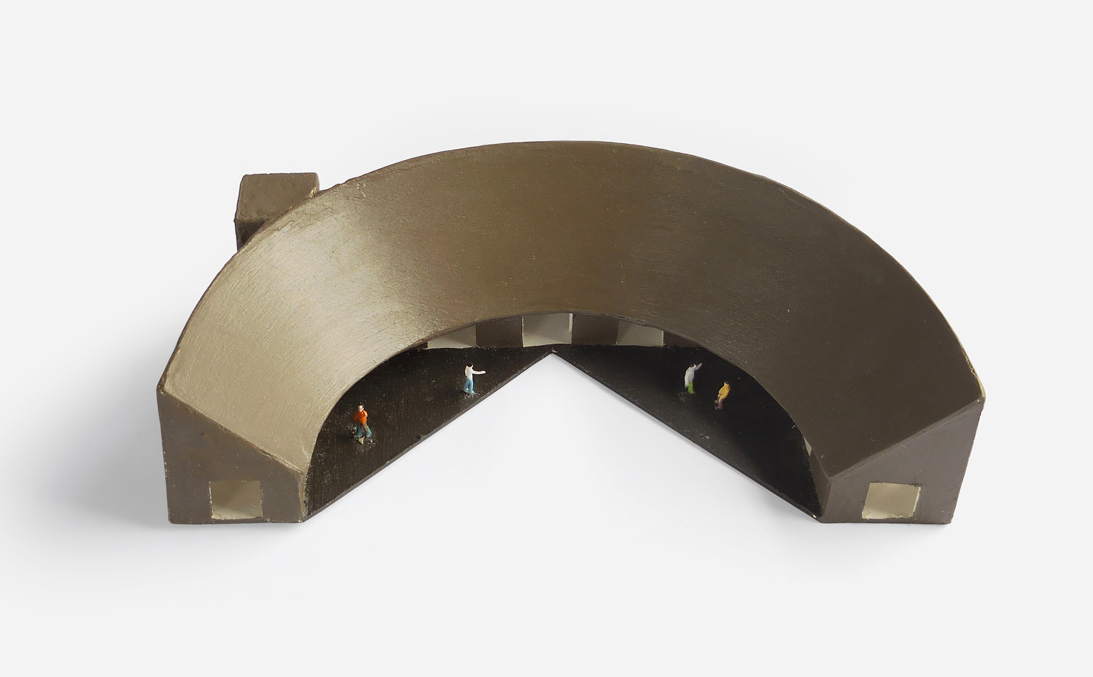 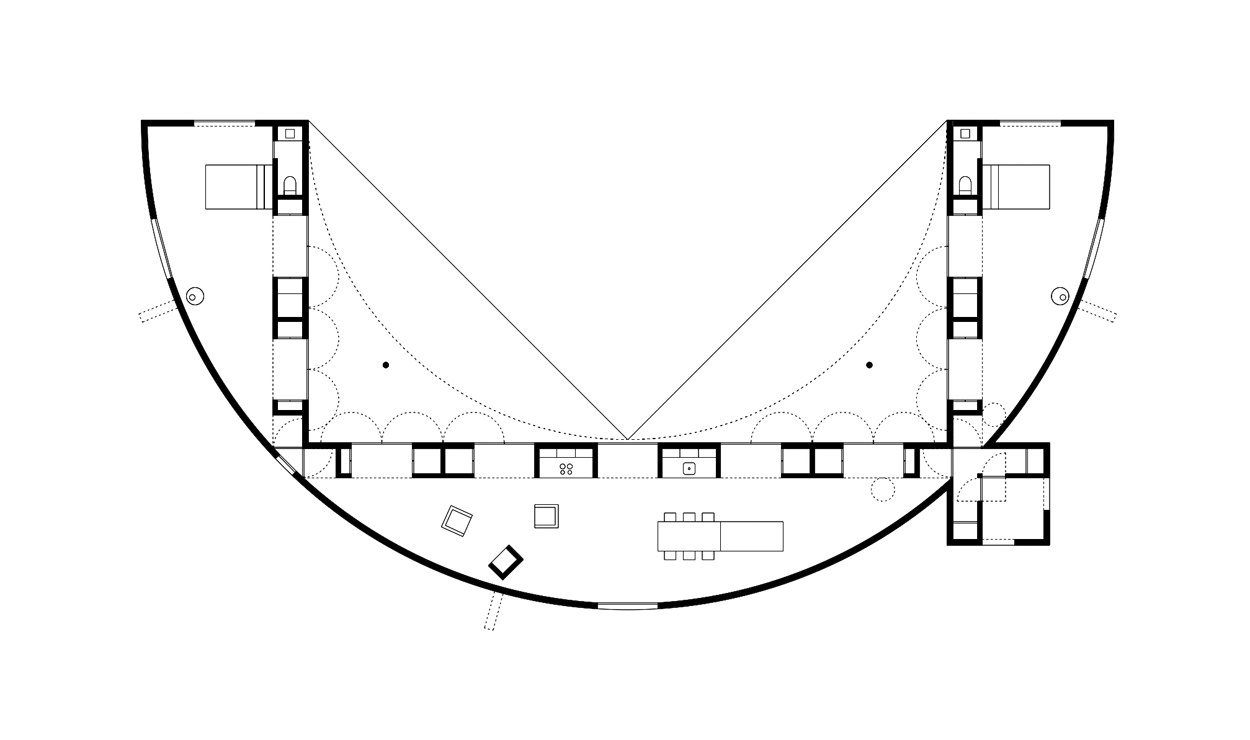 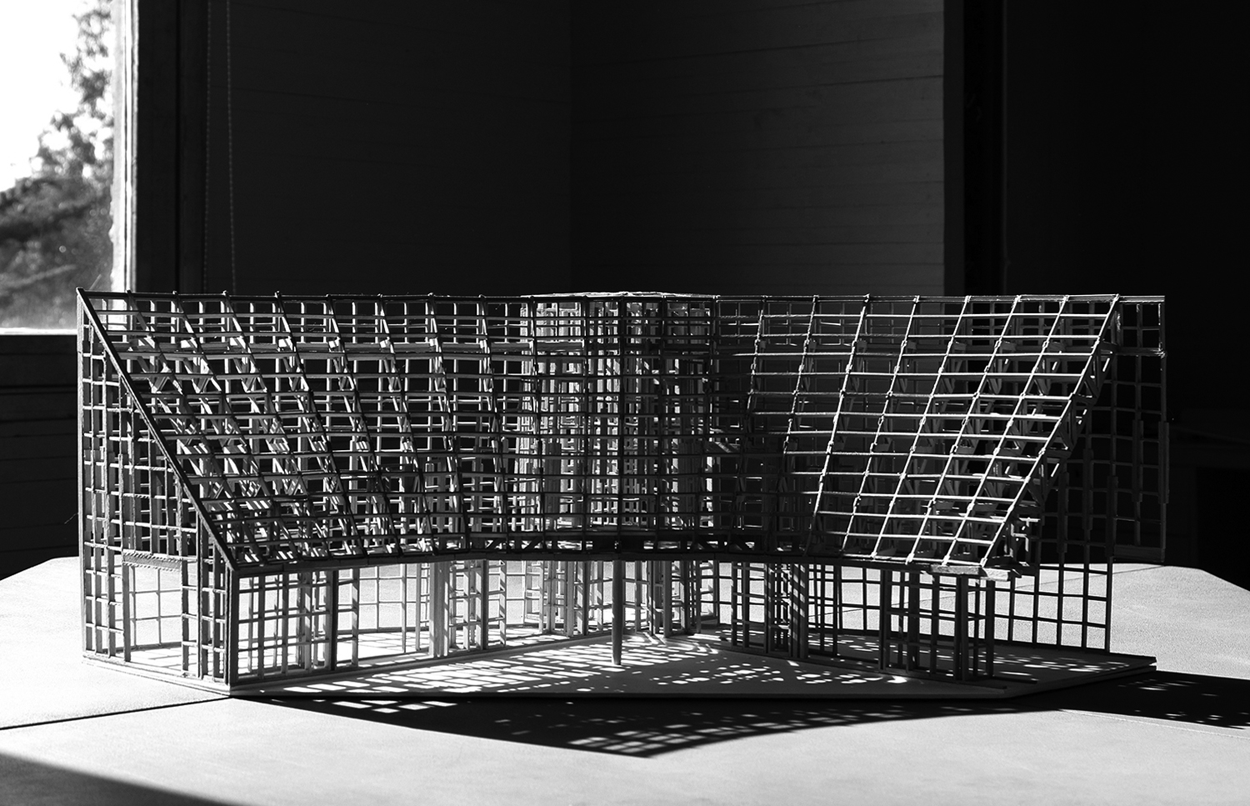 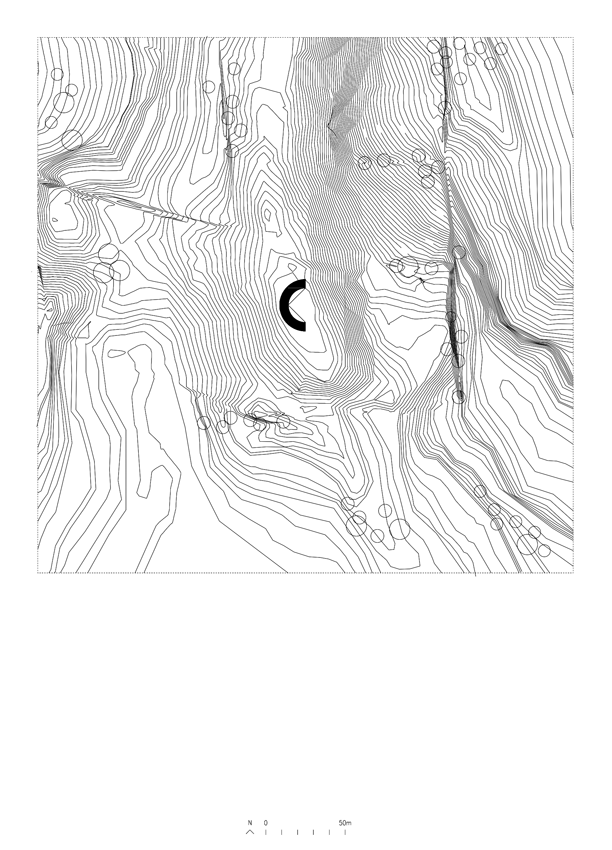 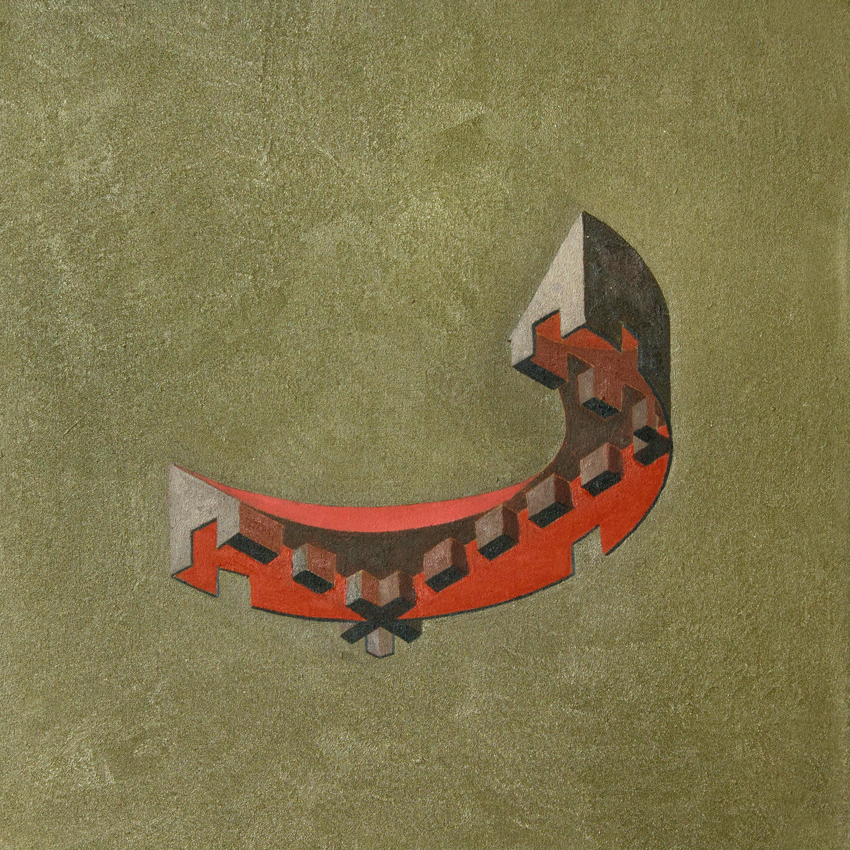 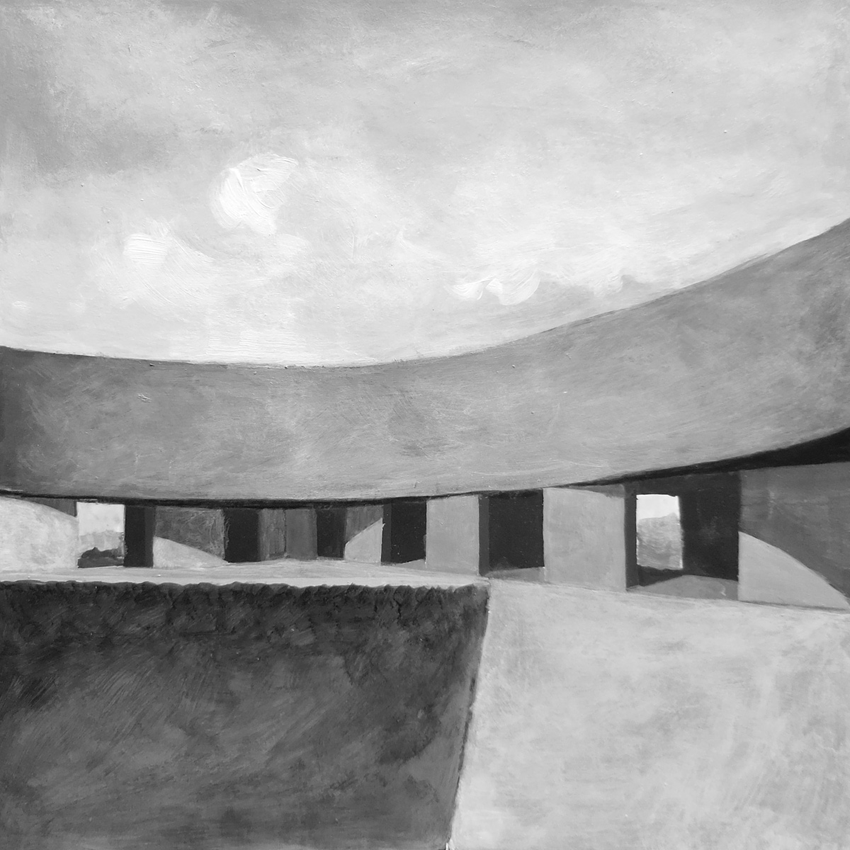 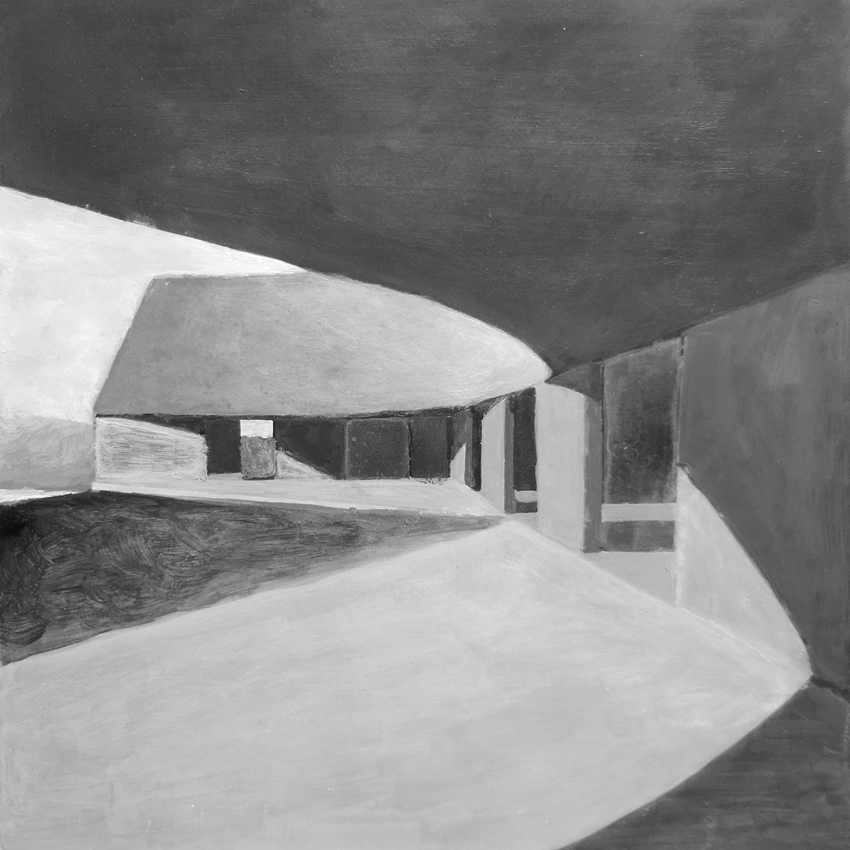 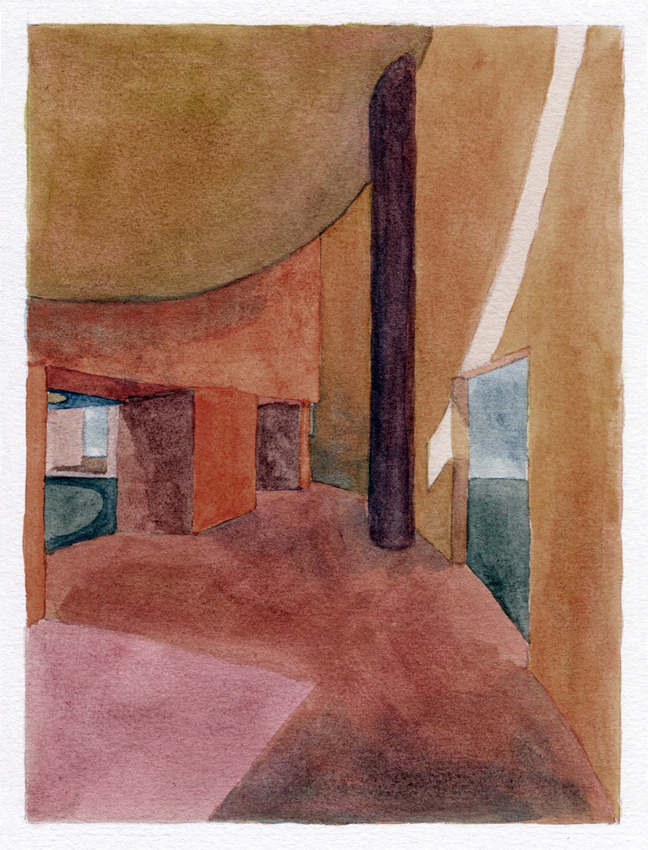 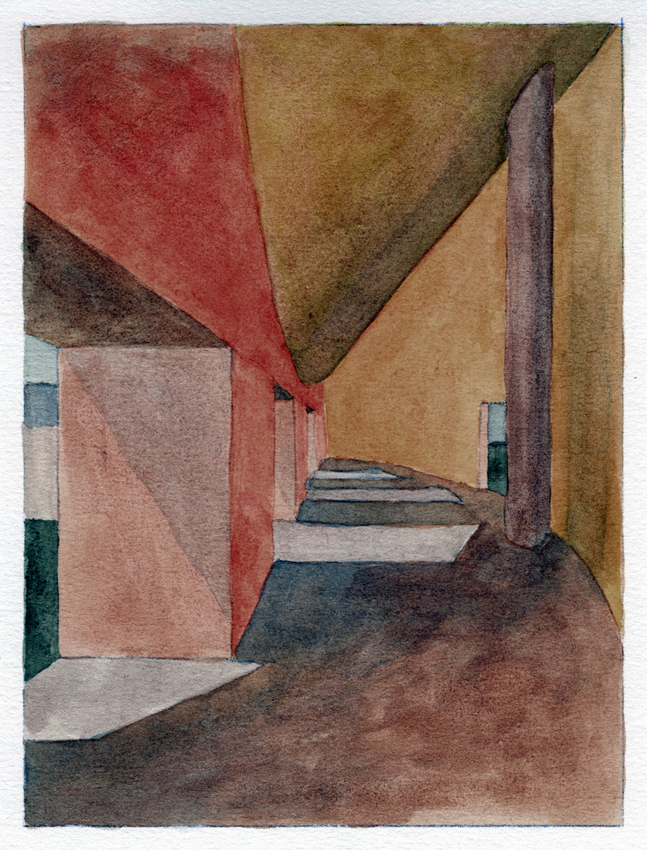