The building completed in 1933 as Paimio Sanatorium was of key importance to the international career of architects Alvar and Aino Aalto. Together with Vyborg (Viipuri) Library, completed two years later, it gave the Aaltos an international profile. Finnish architecture was no longer merely the receiver of influences from outside. 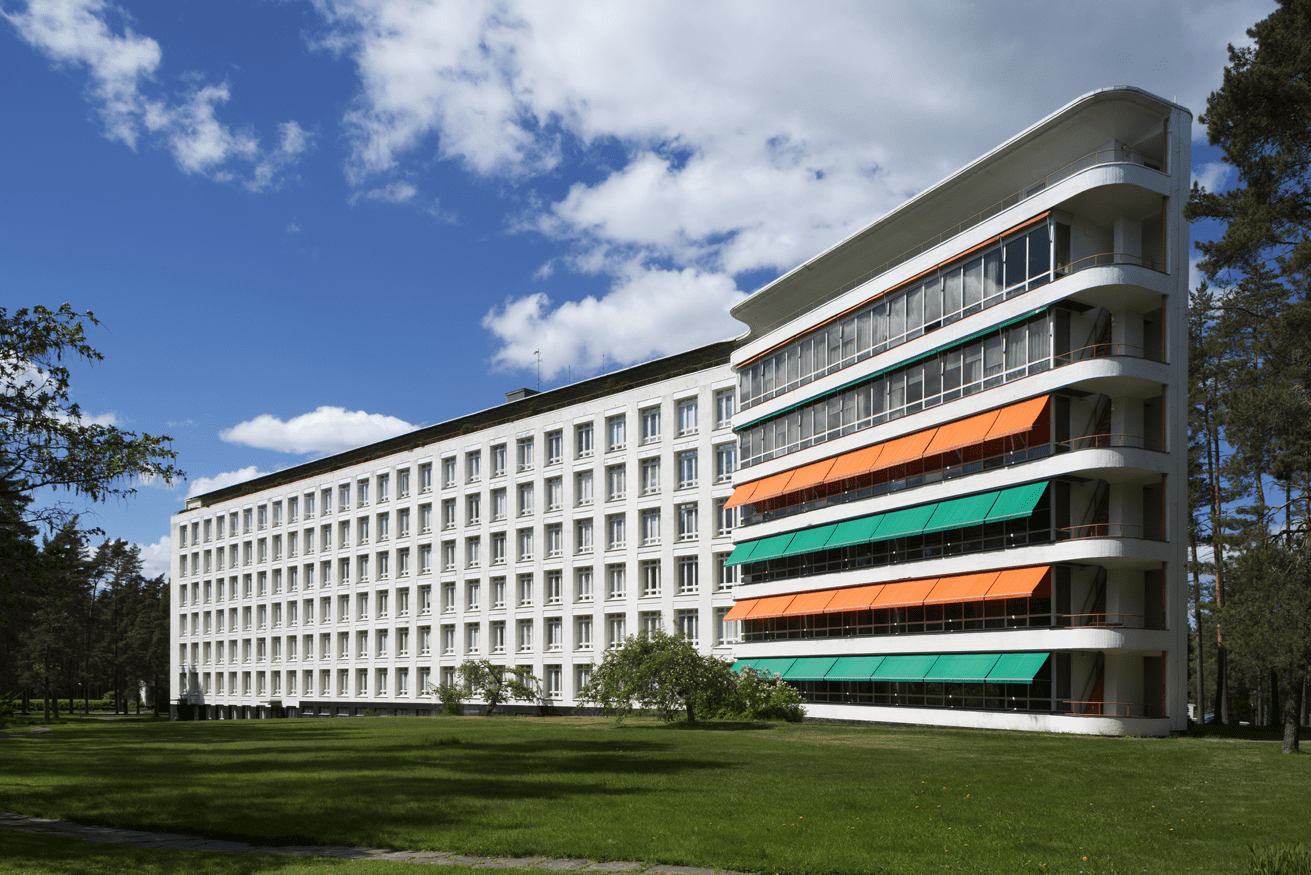 The building, constructed on the basis of their win in an architectural competition resolved in 1929, was groundbreaking. A tuberculosis sanatorium was particularly suitable for a building which followed the tenets of the new Functionalism, where bold concrete structures and state-of-the-art building services were inseparable elements of architecture and practicality.
Aalto designed the interior colour scheme, including the yellow floors in the main staircase, the colourful walls in the corridors, the dark ceilings in the patients’ rooms and the orange balcony rails, in conjunction with the decorative artist Eino Kauria. 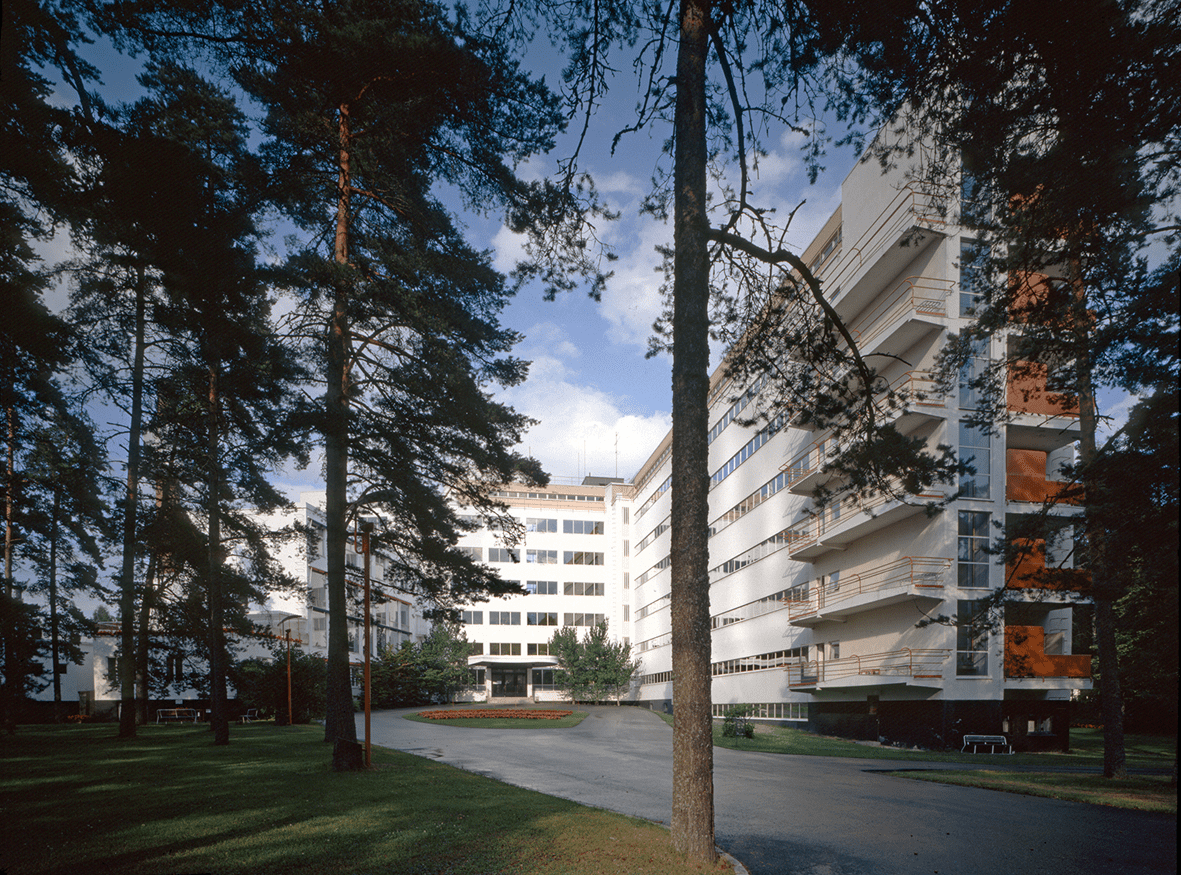 The entire building complex, grouped together in several parts according to use, was constructed in accordance with Aalto’s philosophy, right down to the smallest details of the furniture. As far as the loose furniture was concerned, a good many items designed specifically for the sanatorium were used, as well as standard products which were already available. According to the idea of standardisation, which belonged to the spirit of the times, these items were also planned for use elsewhere – for example, many of the light fittings ended up in the catalogue of the Taito metalworks.

The pieces of furniture became key products for Artek, which was founded in 1935. The bent plywood Paimio chair in particular has become an international design icon. On the other hand, the three-legged stool, which is the same age as the sanatorium, was not included in the first phase of the furniture supplied by the Otto Korhonen furniture works. The furniture in the patients’ rooms was dominated by tubular-steel construction, soon to be spurned by the Aaltos.
An operating theatre wing designed by Aalto’s office was added to the main building in the late 1950s and new staff living-quarters were erected nearby in the 1960s. The sinuous, serpentine row of shared flats in the middle of the pine forest, known to the inmates as the ‘Hall of Vipers (Kyykartano), brought a new form of accommodation to the area. 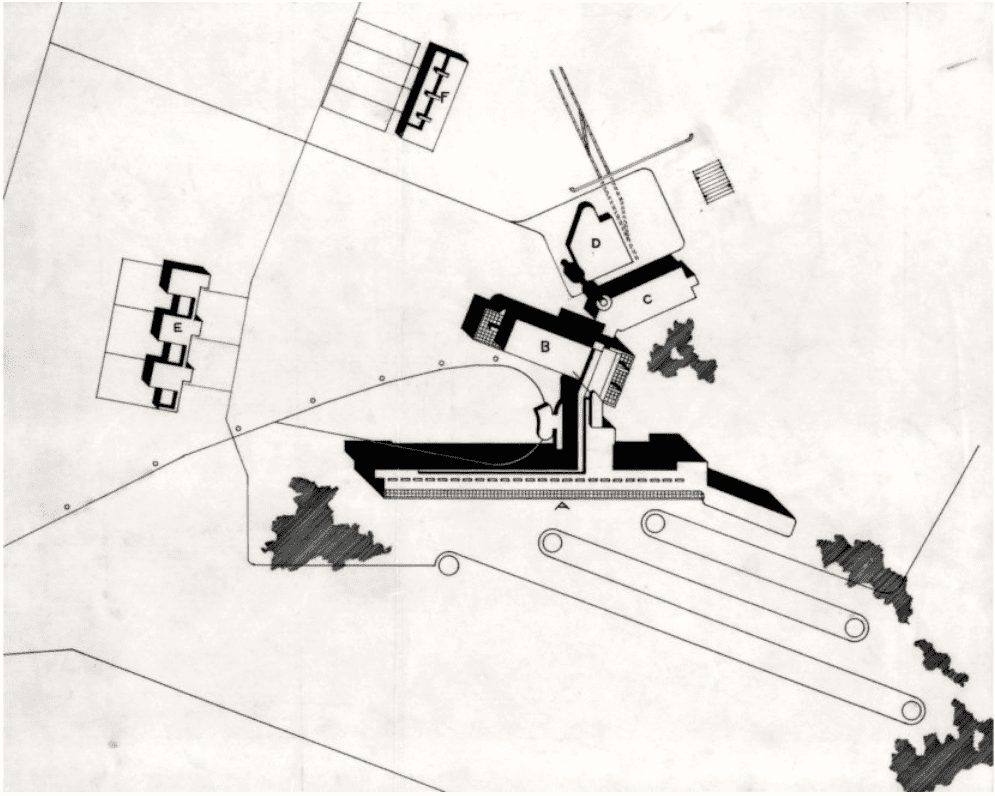 An appeal set up on the initiative of architects calls for the preservation of a key work of modern architecture – Paimio Sanatorium. Paimio Tuberculosis Sanatorium, designed by Alvar and Aino Aalto and built amid health-giving pine forest in 1929−1933, gained international fame immediately on its completion, when its advanced functionalist hospital architecture sparked interest around the globe. 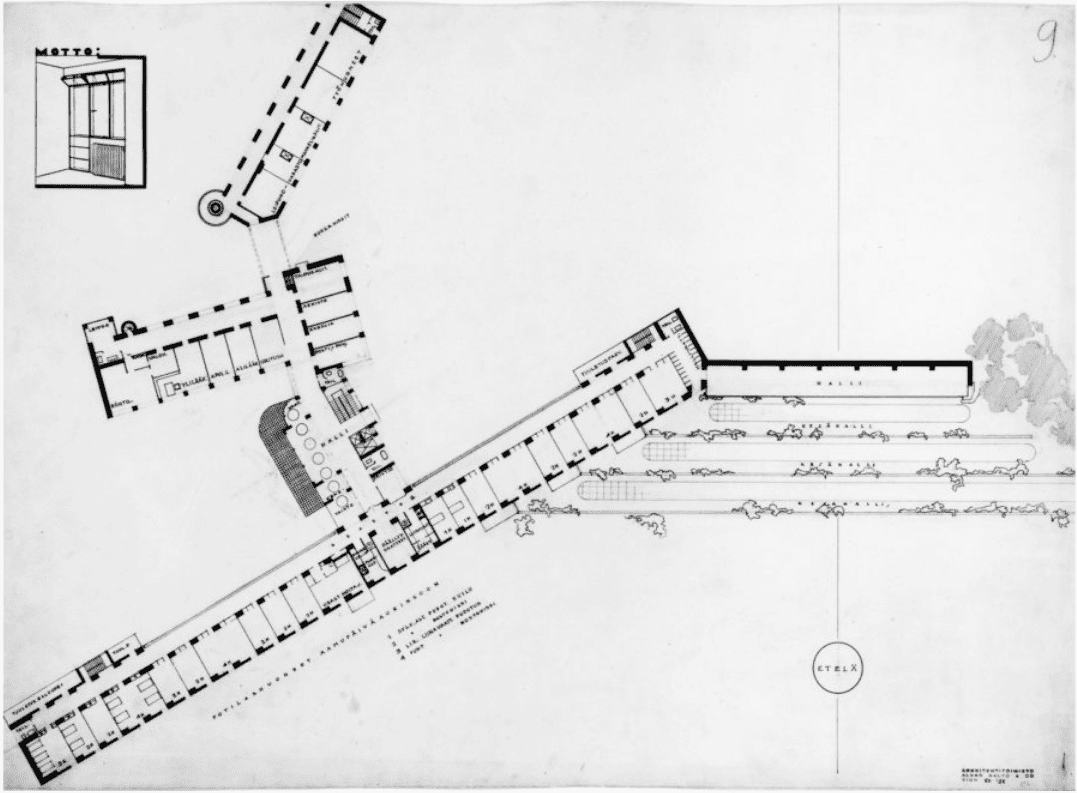 The edifice, owned and previously used by the Hospital District of Southwest Finland, is now up for sale. The Pro Paimio Committee, formed by architects concerned about the building’s future and representatives of the Finnish Association of Architects (SAFA), is appealing for any future owner to commit to preserving the original architecture, interiors and furnishings in their entirety. It is hoped that a use will be found for the building that matches its status, and which respects Alvar and Aino Aalto´s unique concept for this masterpiece as an architectural Gesamtkunstwerk. The committee includes representatives of various bodies and the appeal is intended to be submitted to Minister for European Affairs, Culture and Sport Sampo Terho.
The Alvar Aalto Foundation hopes that the process will go forward in orderly fashion and is itself offering its expertise to support the project. An important tool here is the Foundation’s 1916 document: Paimio Sanatorium Conservation Management Plan (CMP).

Show your support for the conservation of Paimio Sanatorium by signing the appeal here: www.alvaraalto.fi/paimioappeal