Introduzione a / Introduction to “Borgate” 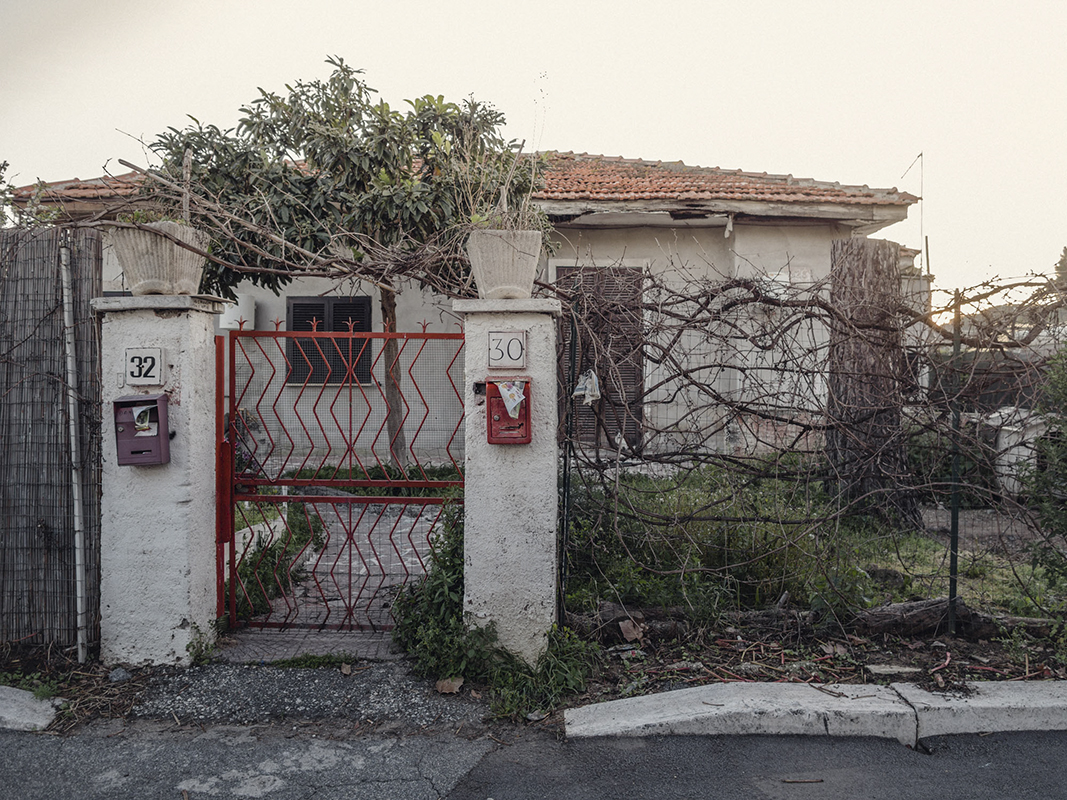 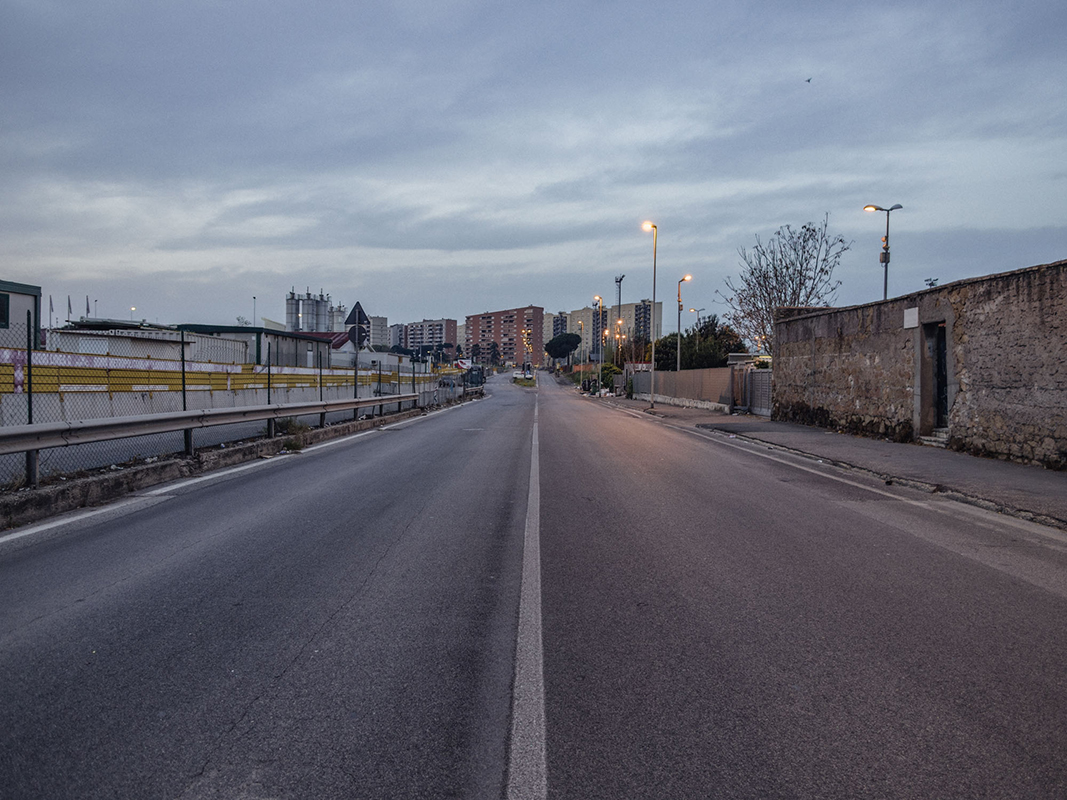 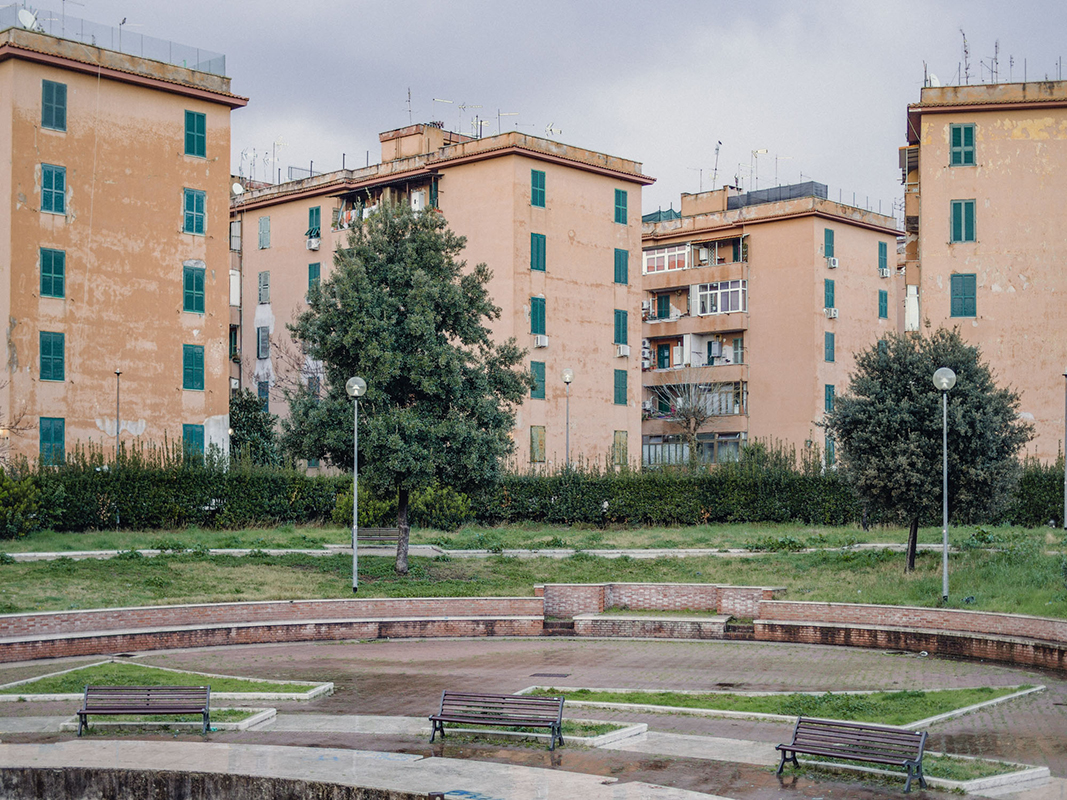 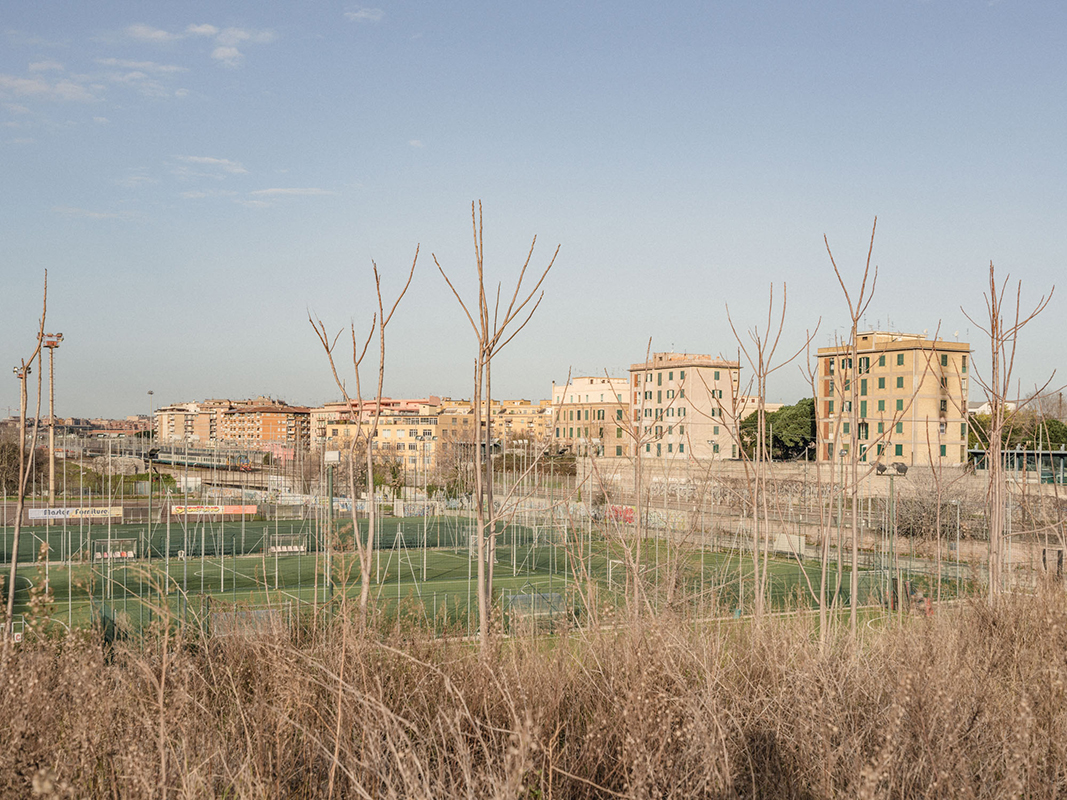 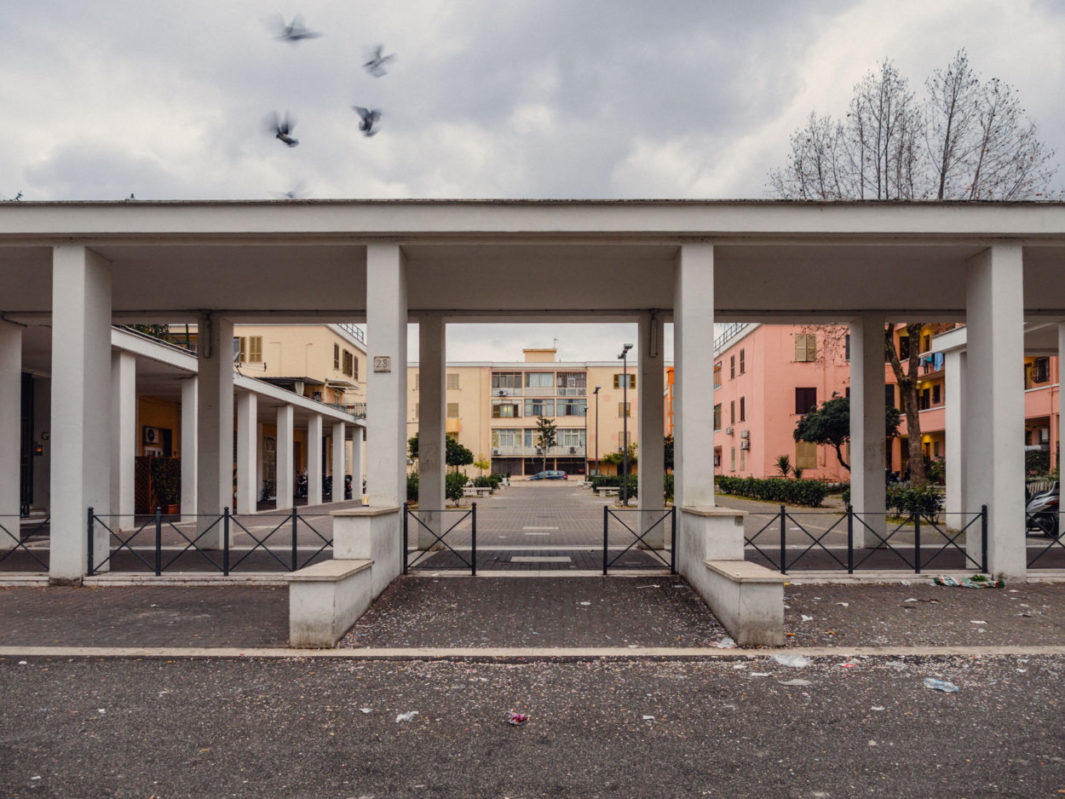 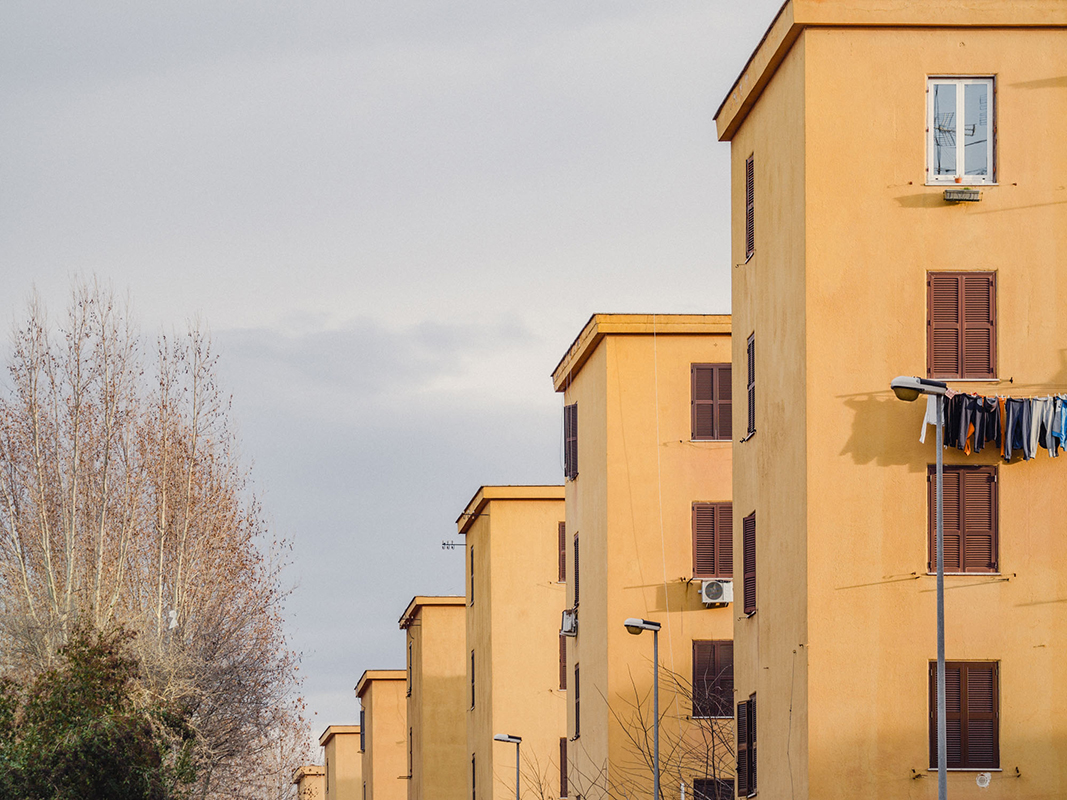 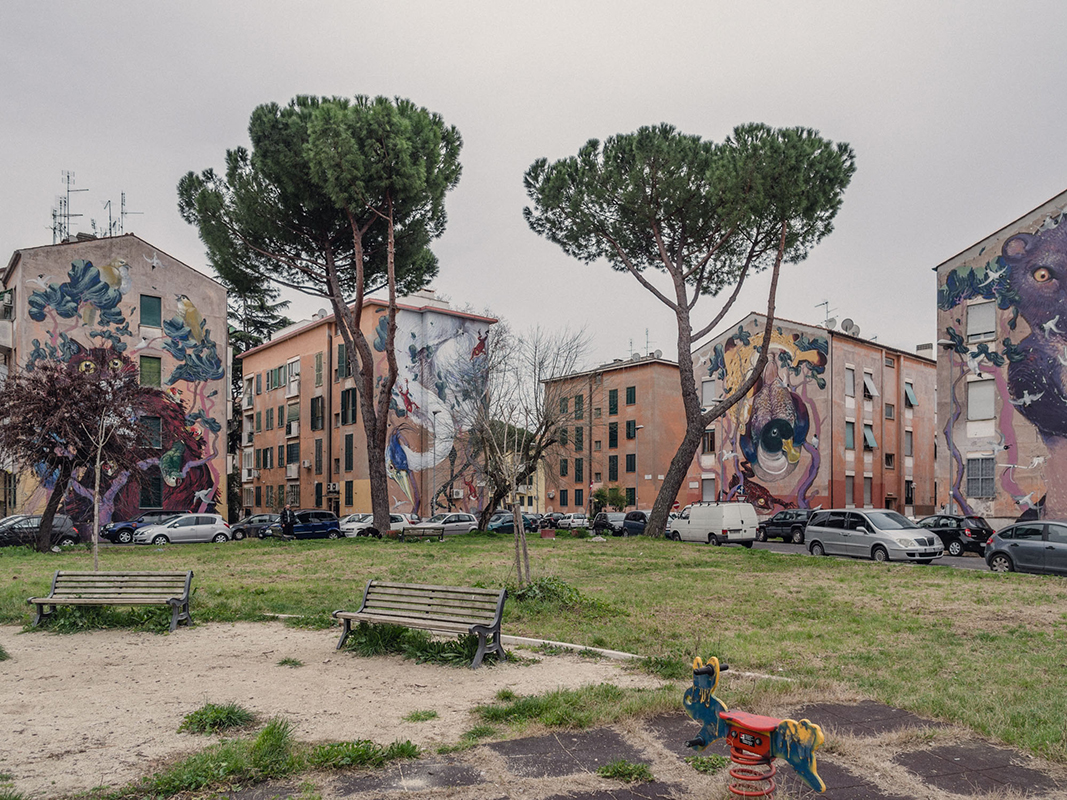 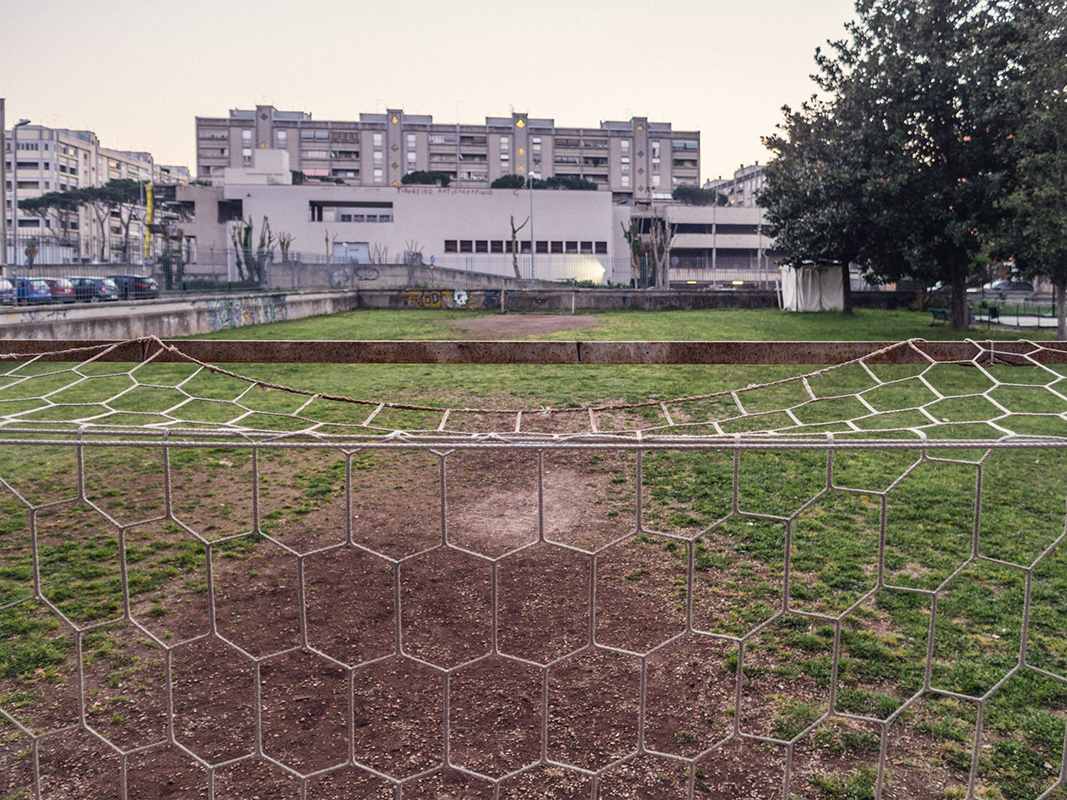 My journey through the borgate (suburbs) comes from my desire to explore a more authentic, less notorious, version of Rome.
When I started this project, I took inspiration from a linguistic expedient that could be applied to the term “borgate”. While first imagining it as composed by the English suffix –gate, widely used to refer to political scandals and controversies (by analogy with the “Watergate” scandal), I later associated it to the term “gate” in its literal meaning, to signify the entrance, both metaphorical and physical, to the most vivid sections of the city. 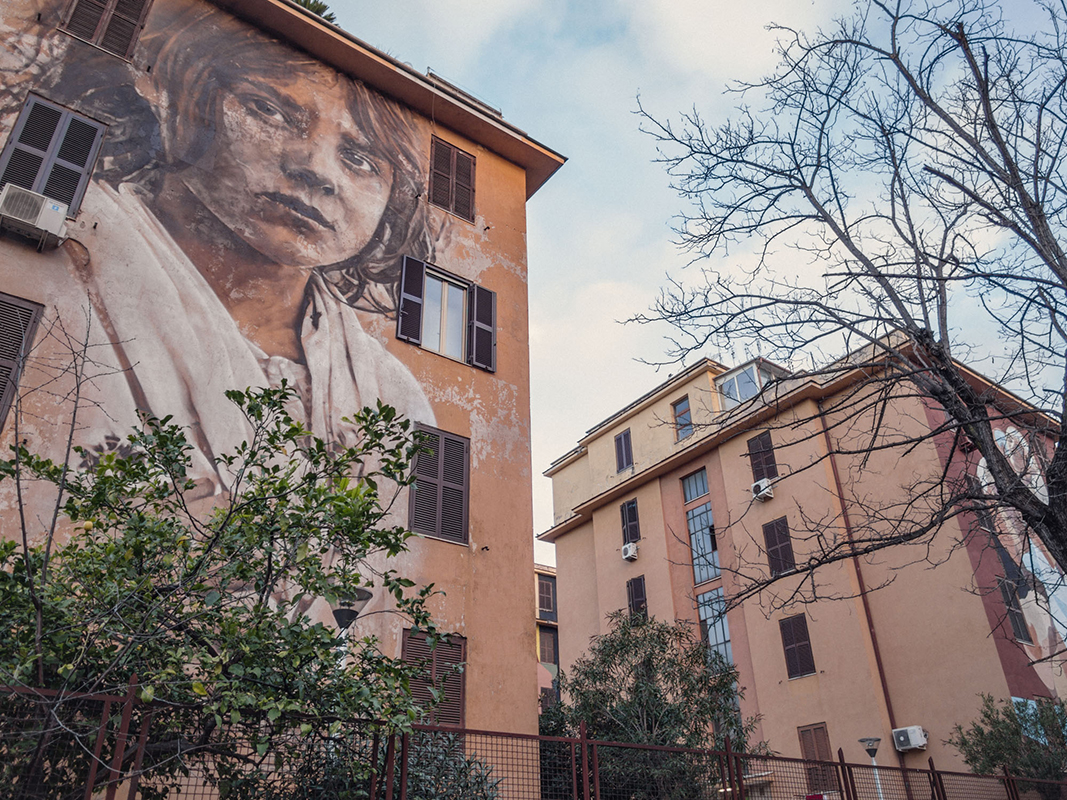 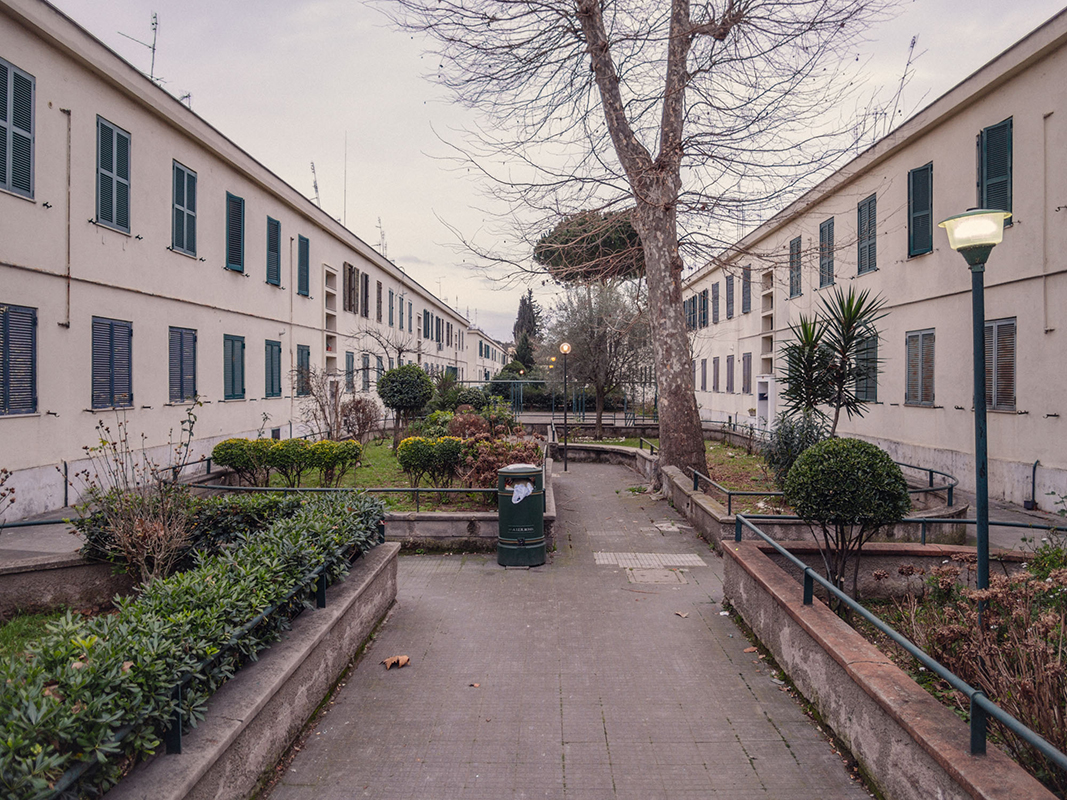 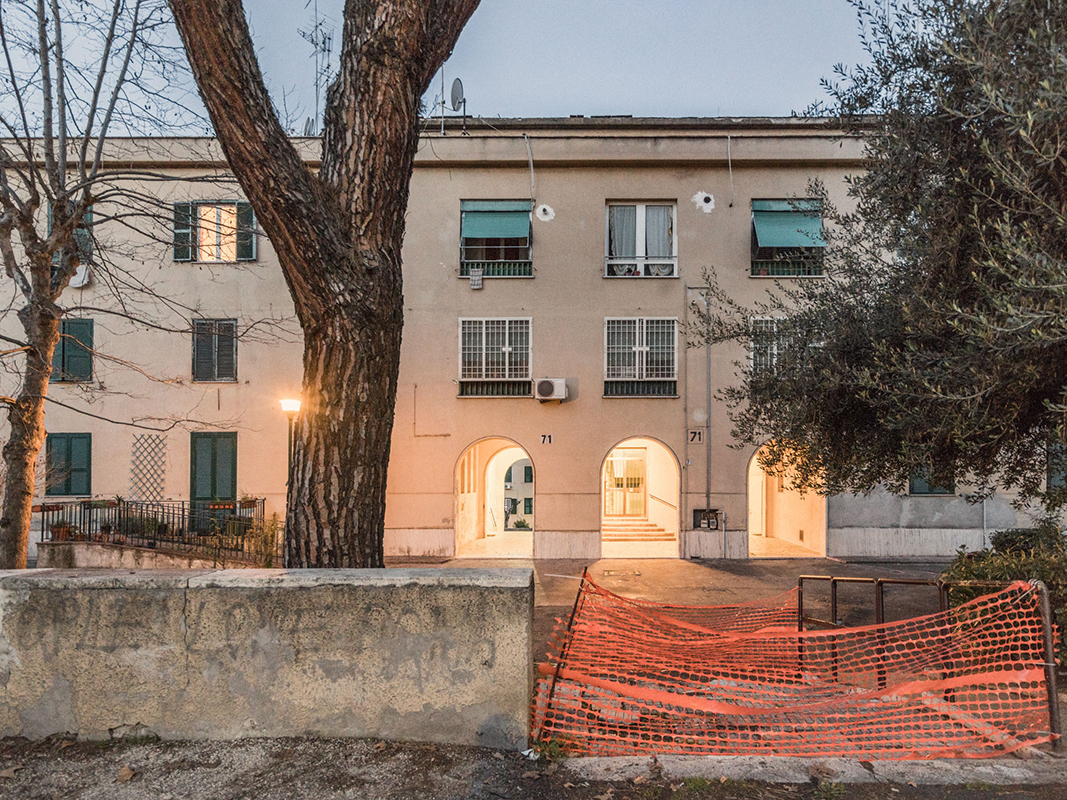 I’ve always enjoyed venturing into the suburbs. I carry the suburban Naples, where I grew up, with me to this day, with its values, its strong identity and its life teachings that are still precious in sometimes critical situations.
I’ve always had a deep admiration for the suburbs, for their borderline abilities, their capacity to adapt, change and promote change. I admire the suburbs when they succeed in taking care of themselves. Above all, when they stand against neglect and fiercely oppose general indifference.
The most recent urban surveys and studies have defined Rome as a metropolitan area, spread on a very large and articulated territory, where people live without a direct connection with the city centre. It would be otherwise impossible to define a suburban area just by its physical distance from the city centre in these last decades of urban speculation and inefficient planning.
Given such complexity, the focus of my photographic exploration shifted to the places where the fascist regime had established the “official” residential districts, purposely designed to be located far from the centre of Rome, but which have been gradually absorbed during the urban expansion and are now integral and fundamental parts of the city.
Tullio De Mauro, in more than one occasion, has underlined the pejorative meaning that the roman population has traditionally assigned to the term borgata and to the term referring to the inhabitants of such areas, borgatari; and this is mostly due to the unstable and poor living conditions of the people that first settled in those suburbs.
The painful, and often scandalous, historical, political and administrative aspects that are behind the birth of the suburbs are still debated and objects or research, but these places and their numerous transformations have turned, over the years, into pivotal pieces of Rome.
Nonetheless, as I could constantly notice during my journey, the suburbs still retain their primordial, genetically informal spirit, despite being now profoundly absorbed in the dense urban fabric.
Getting physically in touch with the suburbs meant visiting for long hours, talking to the inhabitants, assessing the quality of the infrastructures and the level of multiculturalism, exploring the blocks while studying their relationship with the surrounding areas; it ultimately meant observing them in their own spaces and times.
I decided, then, for an angle which could enhance the crucial aspects of my research: I wanted to capture both the structural dimension of the contemporary suburbs and the humanity that lies underneath it. 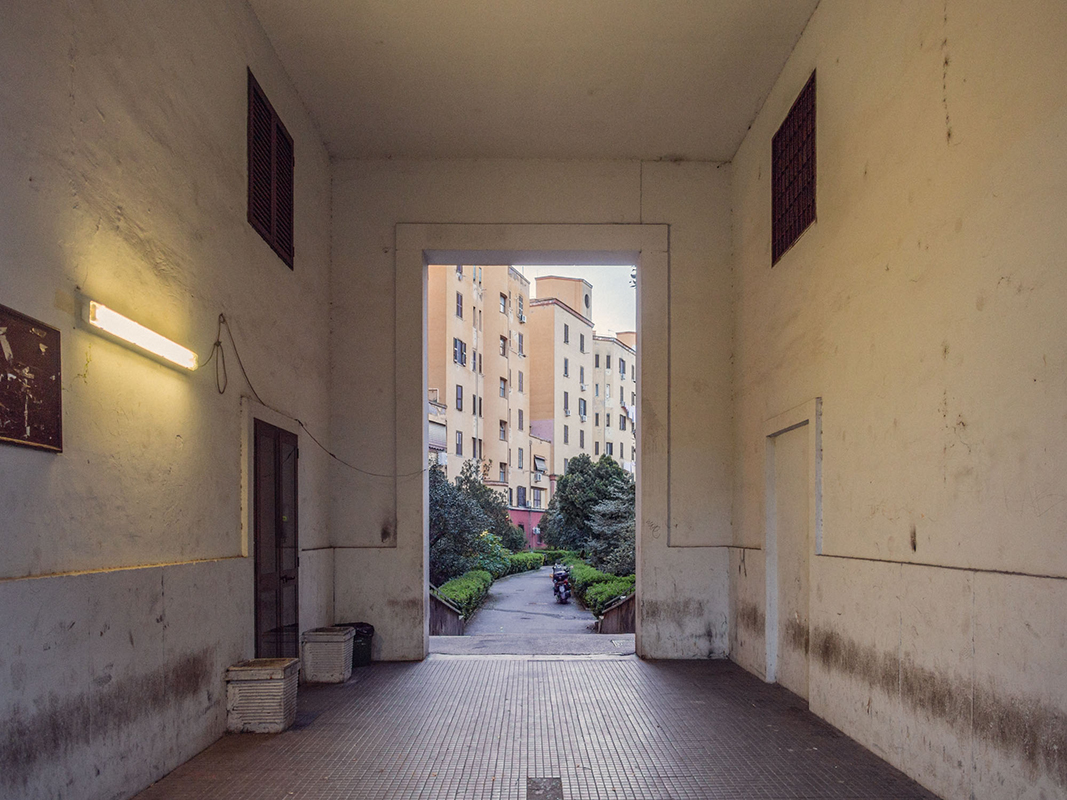 That is why I needed a specific time of the day in which the housing density could be at its highest: I needed buildings crawling with life on one hand, and empty and deserted streets and squares on the other.
I’m hoping I managed to escape the common traps of the voyeuristic curiosity, always misleading and grotesque, that often leads to a rhetorical and languid portrait of the suburbs and their issues.
Yes, the environmental degradation is here told with no sugar coating on it, but it is not intended as the core of my story: my viewfinder was rather pointed at the powerful energy that distinctively flows from opportunity.
At the break of dawn, wintery Sundays are a time of collective rest. They are also the moment in which the indoor population is at its highest and most of the inhabitants are in their homes (including those recovering from their Saturday night fever). An intermediate phase made of sleep, attempts to recover from fatigue and stress, slow awakenings and wound licking; at times, these moments can also be an indulgent occasion to reassess the places and contexts in which one lives.
In my snapshots, the antagonisms and the racisms, the conflicts and the struggles seem to show out of focus, almost neutralised. Instead, what is predominant is the dignity, both individual and collective, that can still be found in these definitely complex housing arrangements.
At the same time, the naked geometry of cohabitation seems to be wanting to enjoy those resting moments’ emotional energy before it dissipates again into the neo-liberalist rhythm of the competition between living and surviving.
These places still own a very strong, perceivable identity flown into a sum of experiences worth preserving; an identity that can even protect those places from the devouring instances of that gentrification that has already deprived numerous neighbouring districts of their very nature.
These pictures, my pictures, constitute only a section of an ongoing, larger research project on the suburbs which is to be intended both as a tribute to those who live the suburbs and, where possibile, as an invitation to memory and proactive attitudes. An invitation to treasure our common values.