The Hourglass Corral is a house located in the Cycladic island of Milos. It is also the most recent addition of ‘Voronoi’s Corrals,’ a project that began ten years ago and now encompasses a territory of about 90.000 square meters. 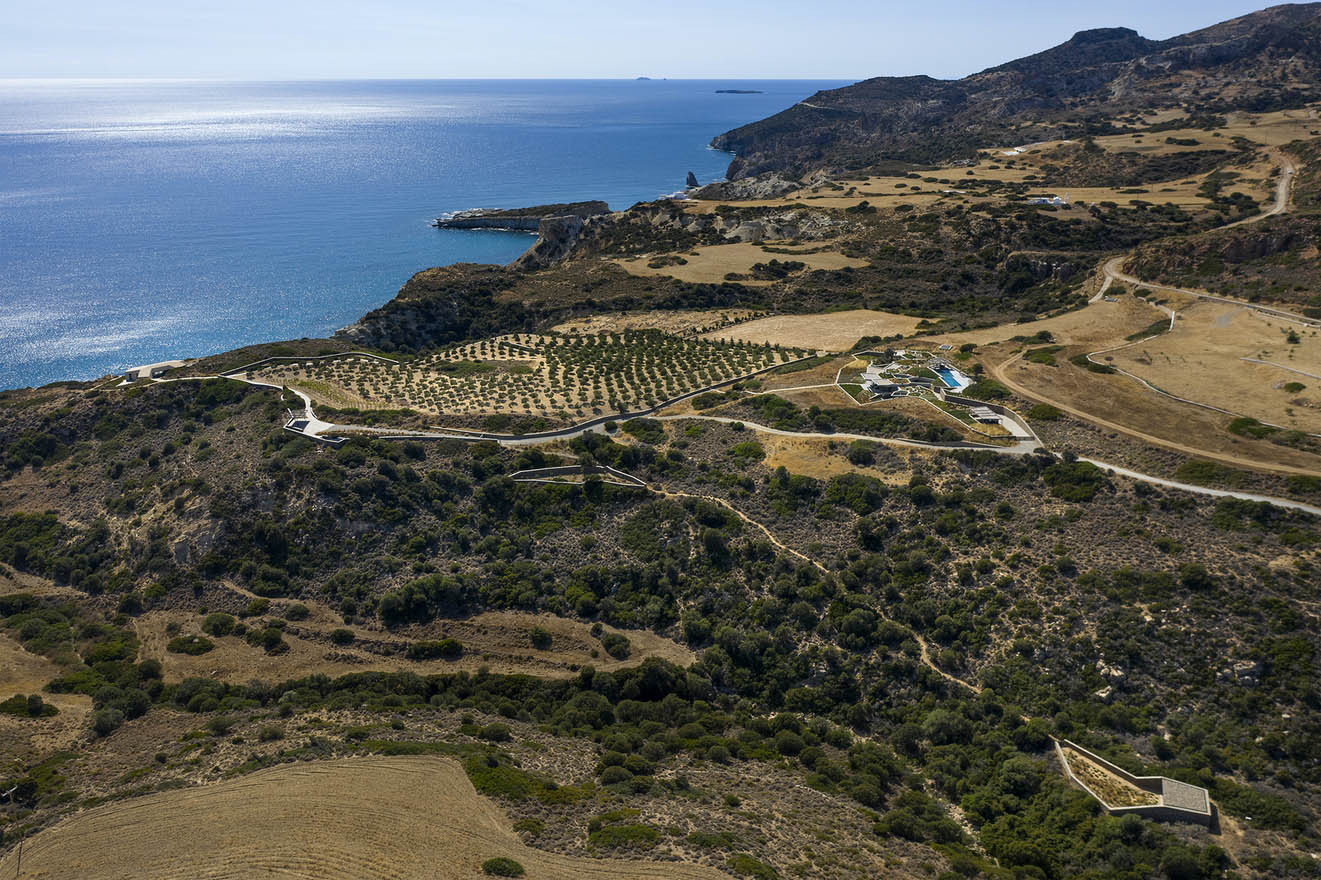 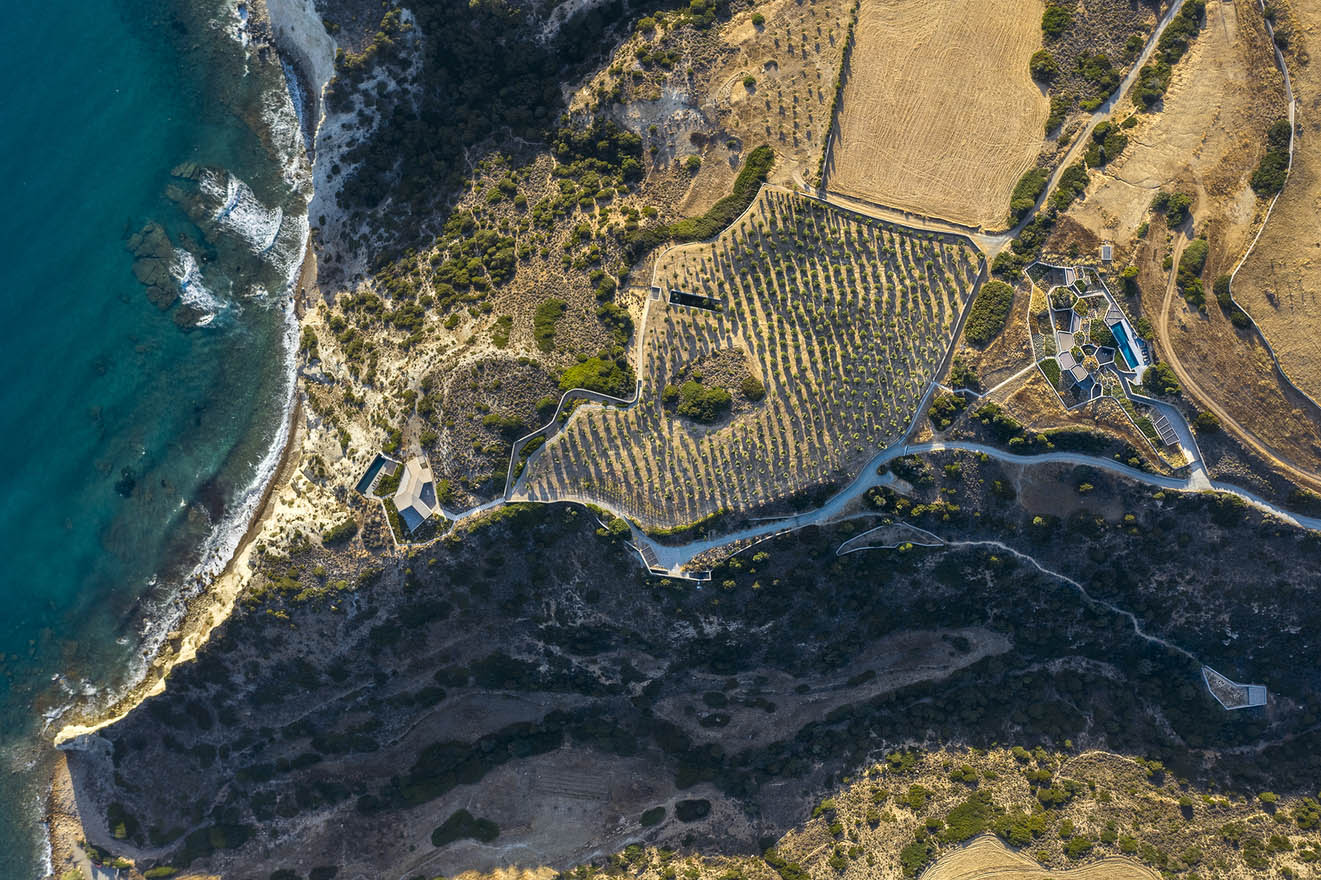 As a whole, the project has been an ongoing investigation of what it means to integrate the domestic scale using sustainable strategies into its rural landscape. The result has been the effective protection of wild natural areas, the reclaiming of the productive use of agricultural zones and the redefinition of the experience of leisure within the broad and complex environments. 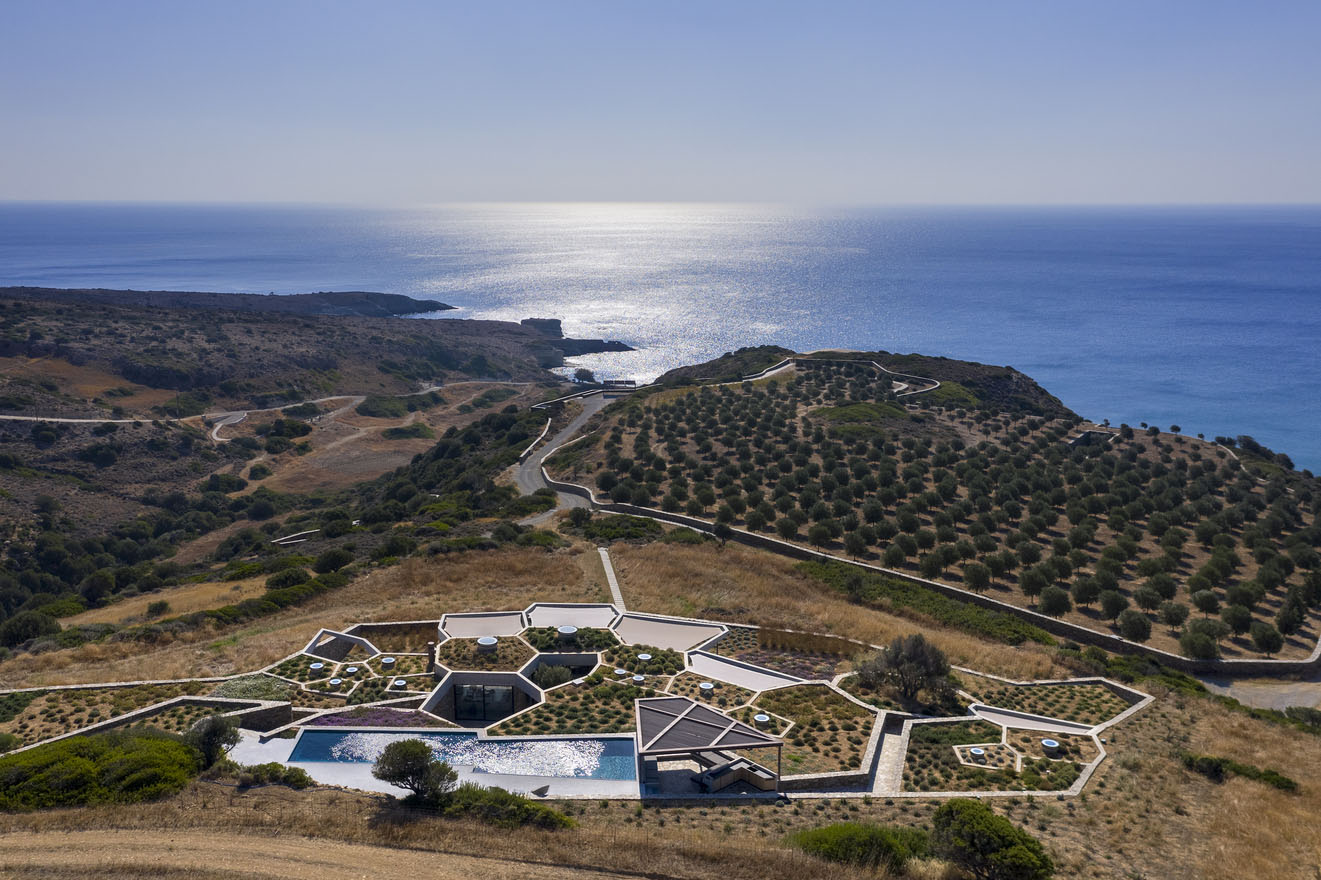 The Hourglass Corral is the largest domestic environment of the property. Its organization is derived from the parametric manipulation of Voronoi Cells. 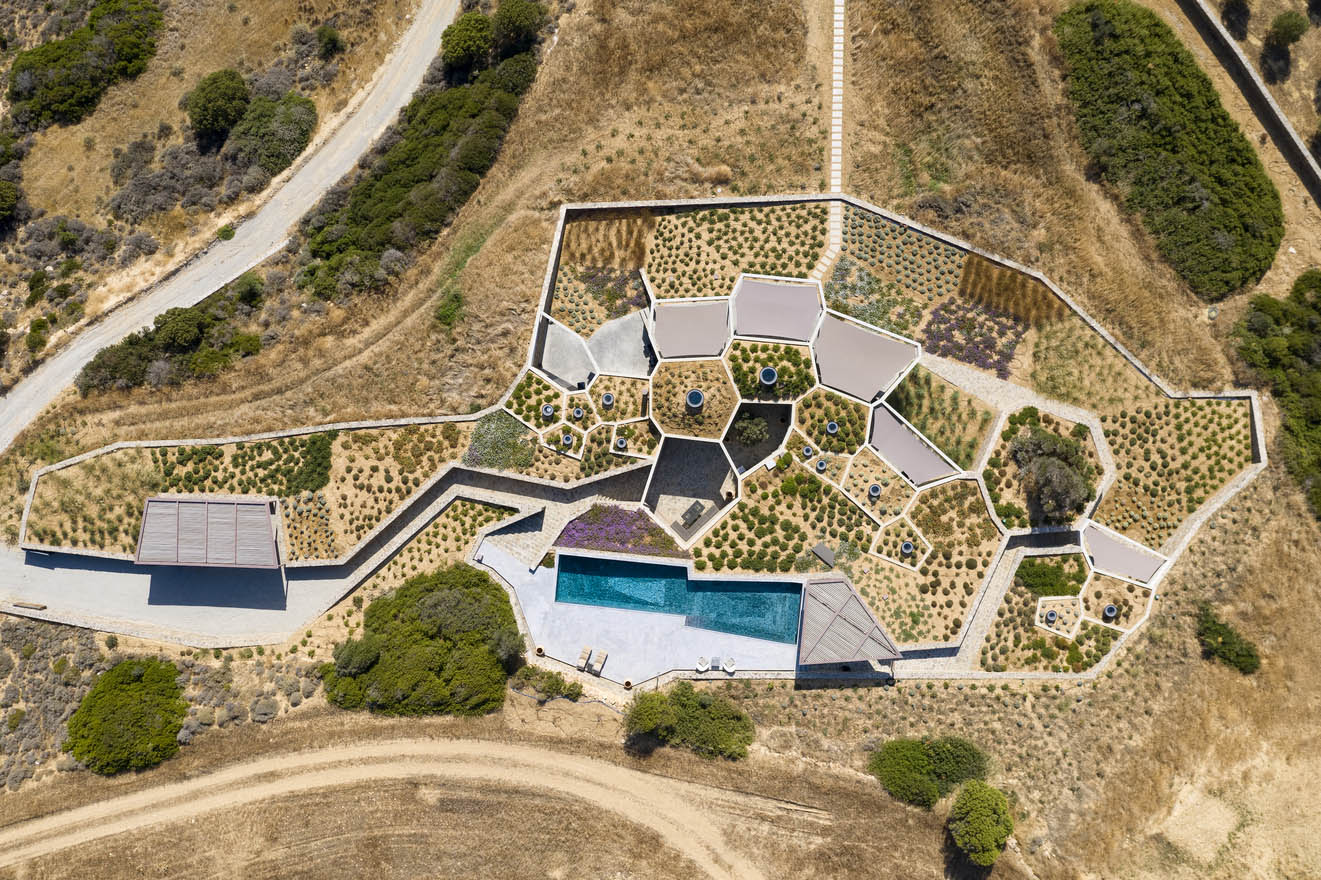 Each cell corresponds to a clearly defined use, be it an exterior courtyard, a shading canopy, a common space, a bedroom or an auxiliary space. From the interior the ceiling of each cell folds upwards towards its center point where it is pierced by a circular skylight. 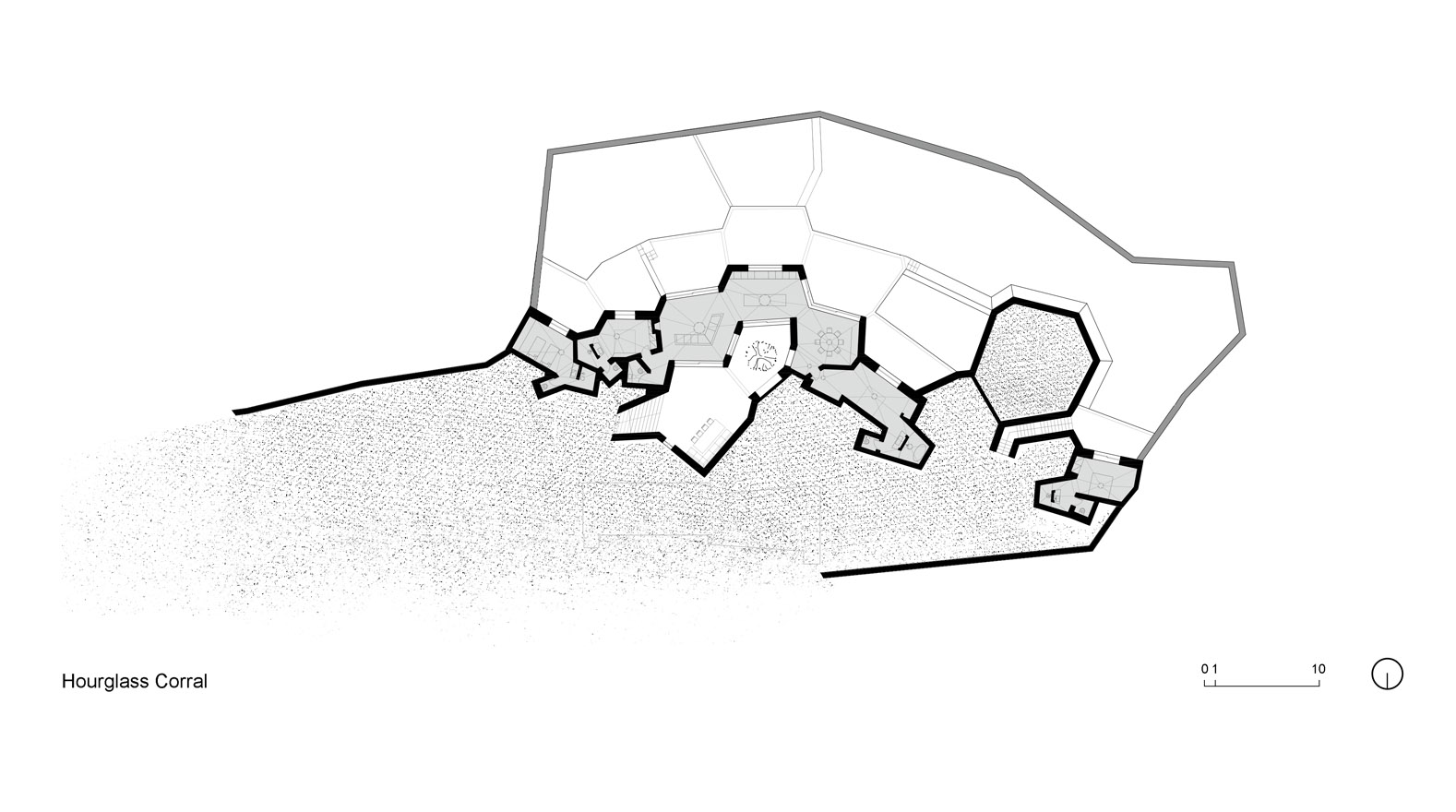 The skylights are operable and together with the planted roofs, the exterior shading and the thick external walls they contribute to the reduction of the energy needs of the house. 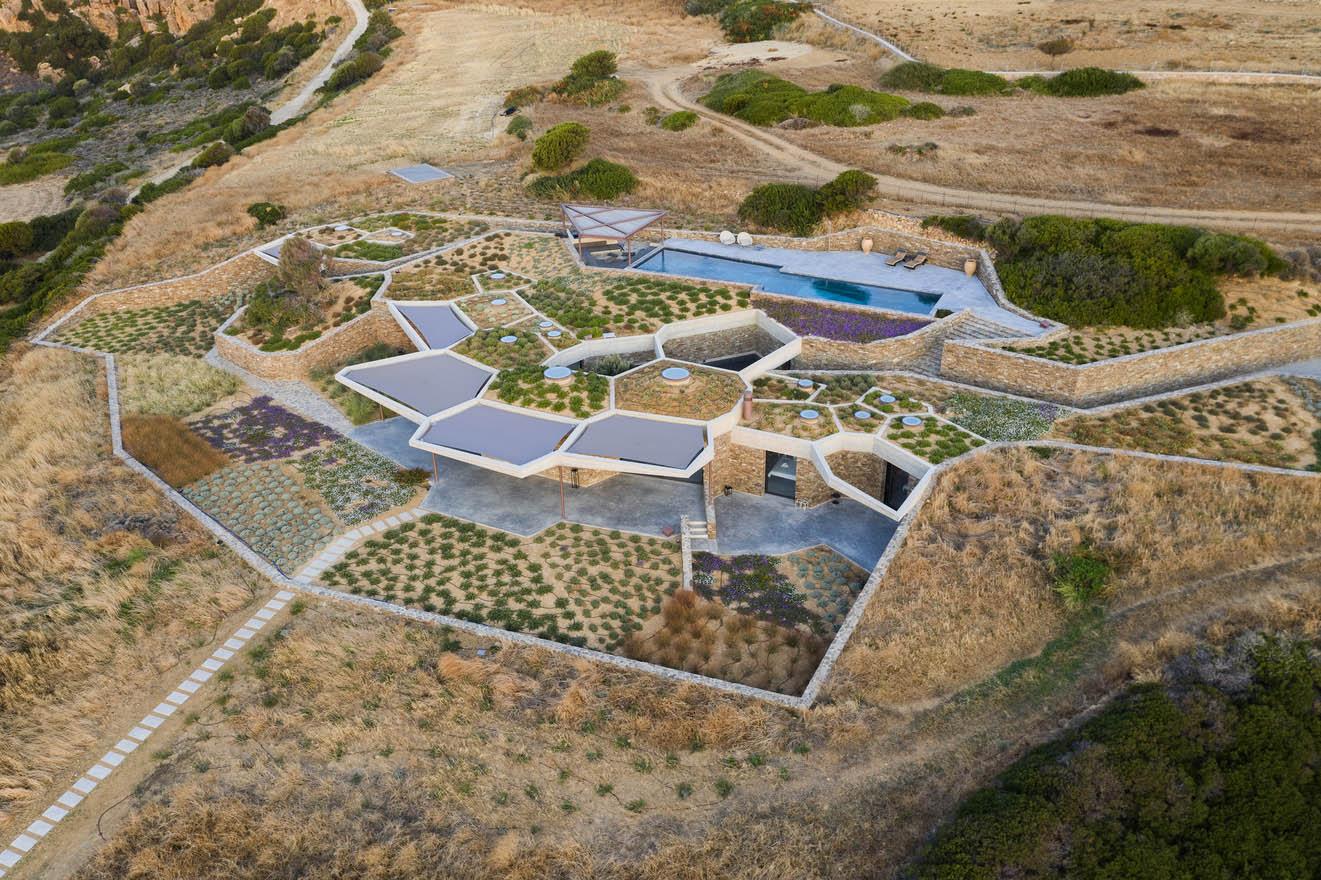 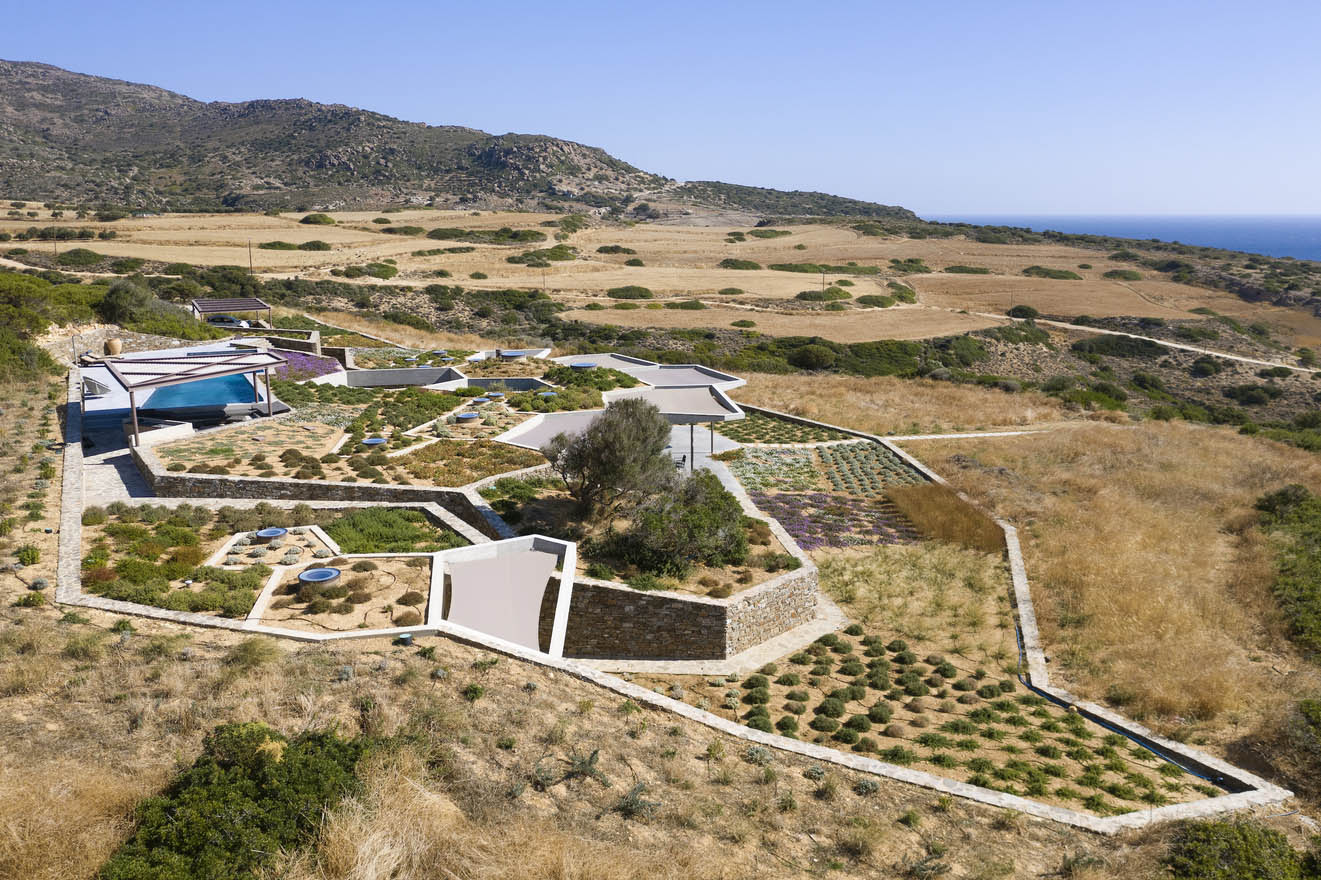 Like the other corrals, the Hourglass Corral has a stone fence that separates and protects from each other the wild and the agricultural areas. Inside, its cultivation is dedicated to Mediterranean plant species used for the extraction of essential oils. The cultivated cells encompass the entire corral, covering the roofs of the buildings and making the house volumes blend into its landscape. 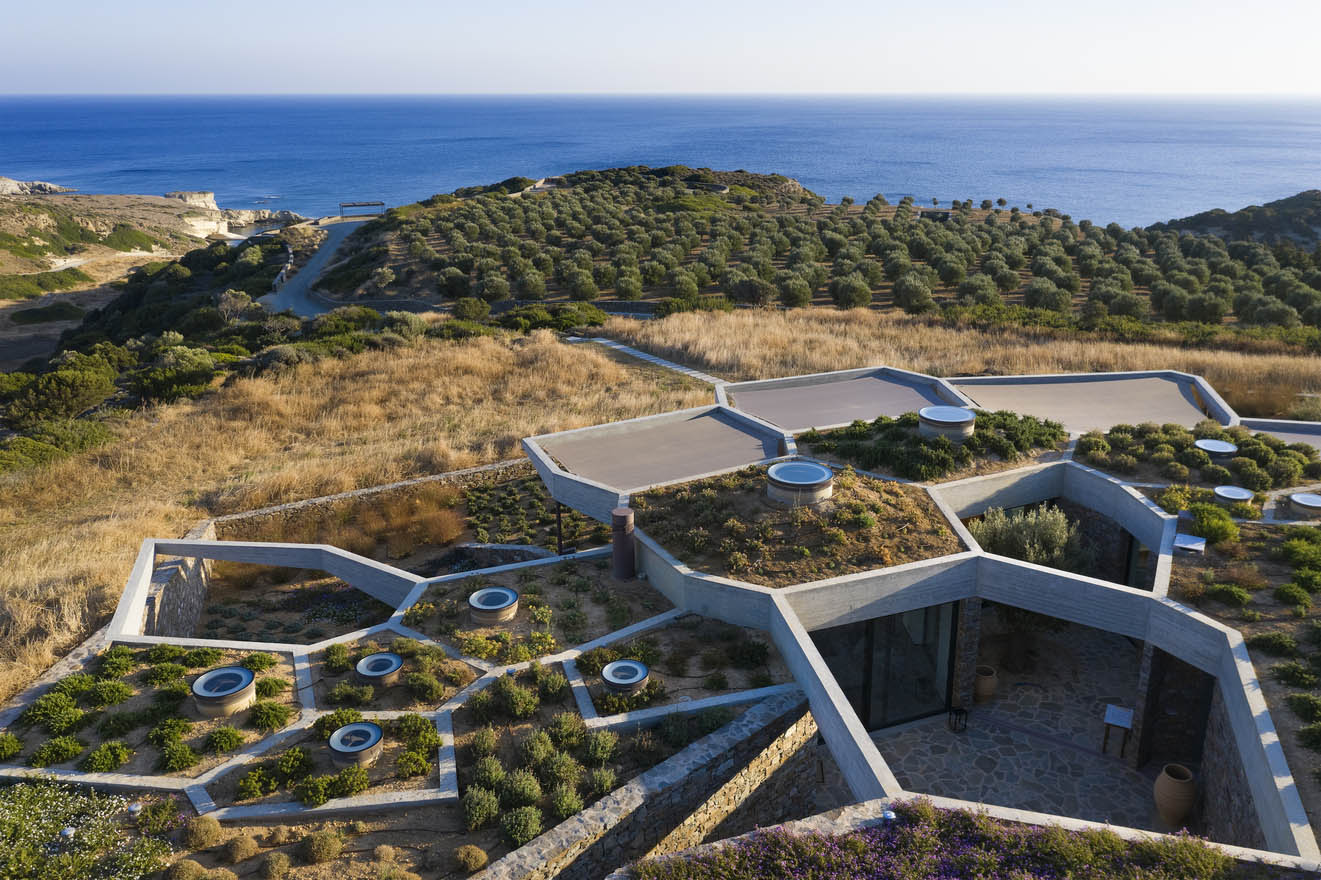 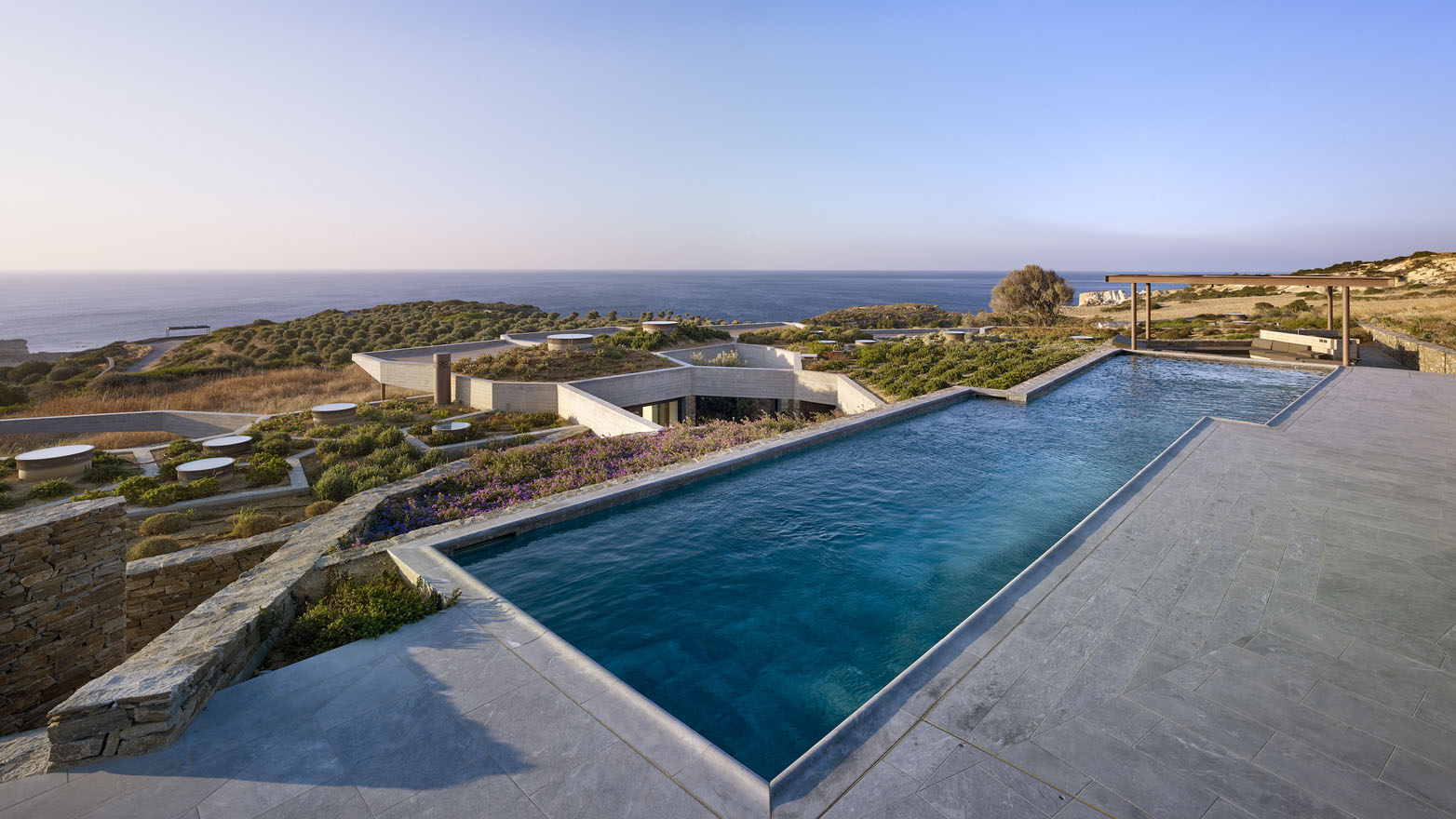 From above, the main clue of inhabitation are from the circular skylights, while the difference between the planting areas reveal the cells: the underlining organization of the design. 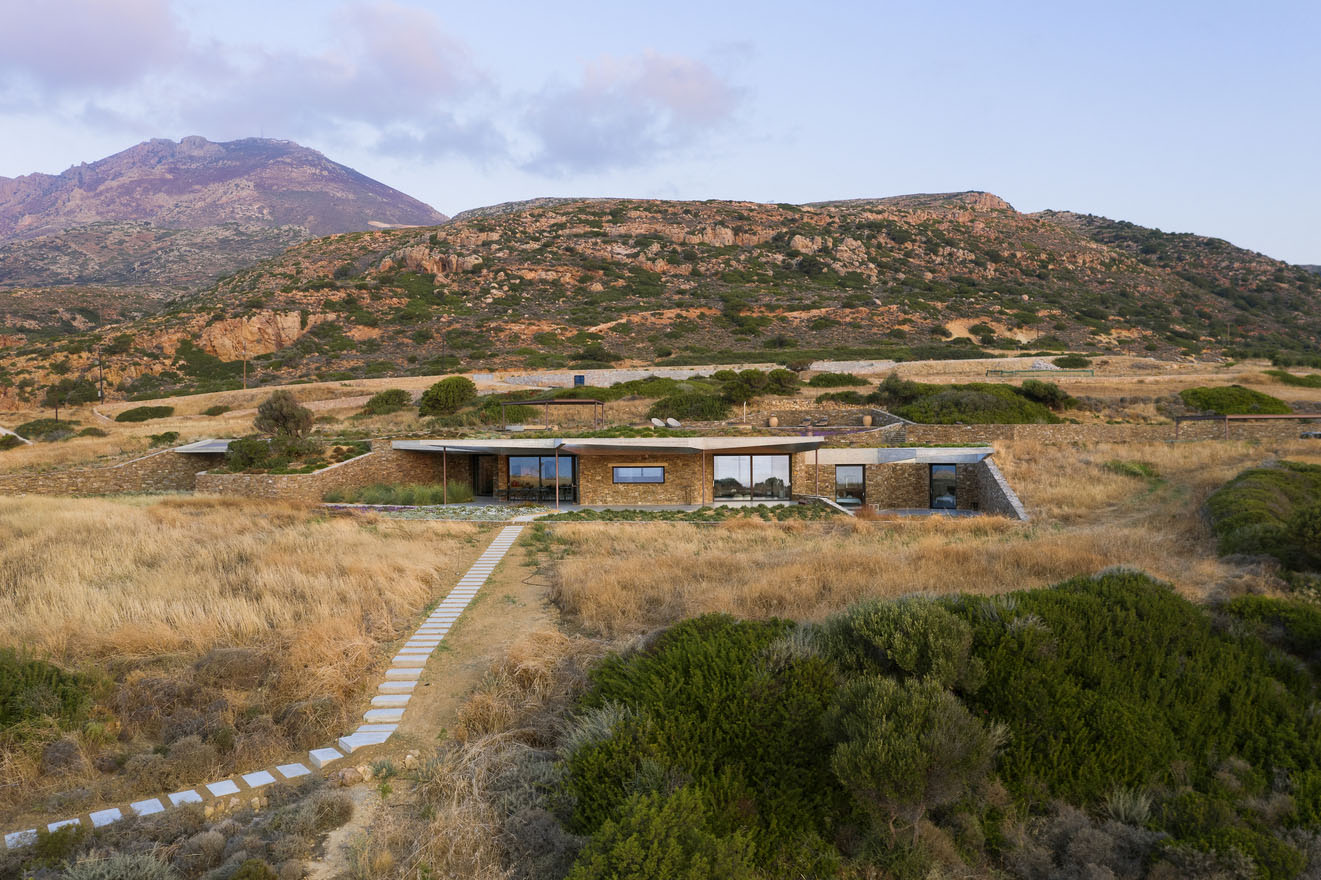 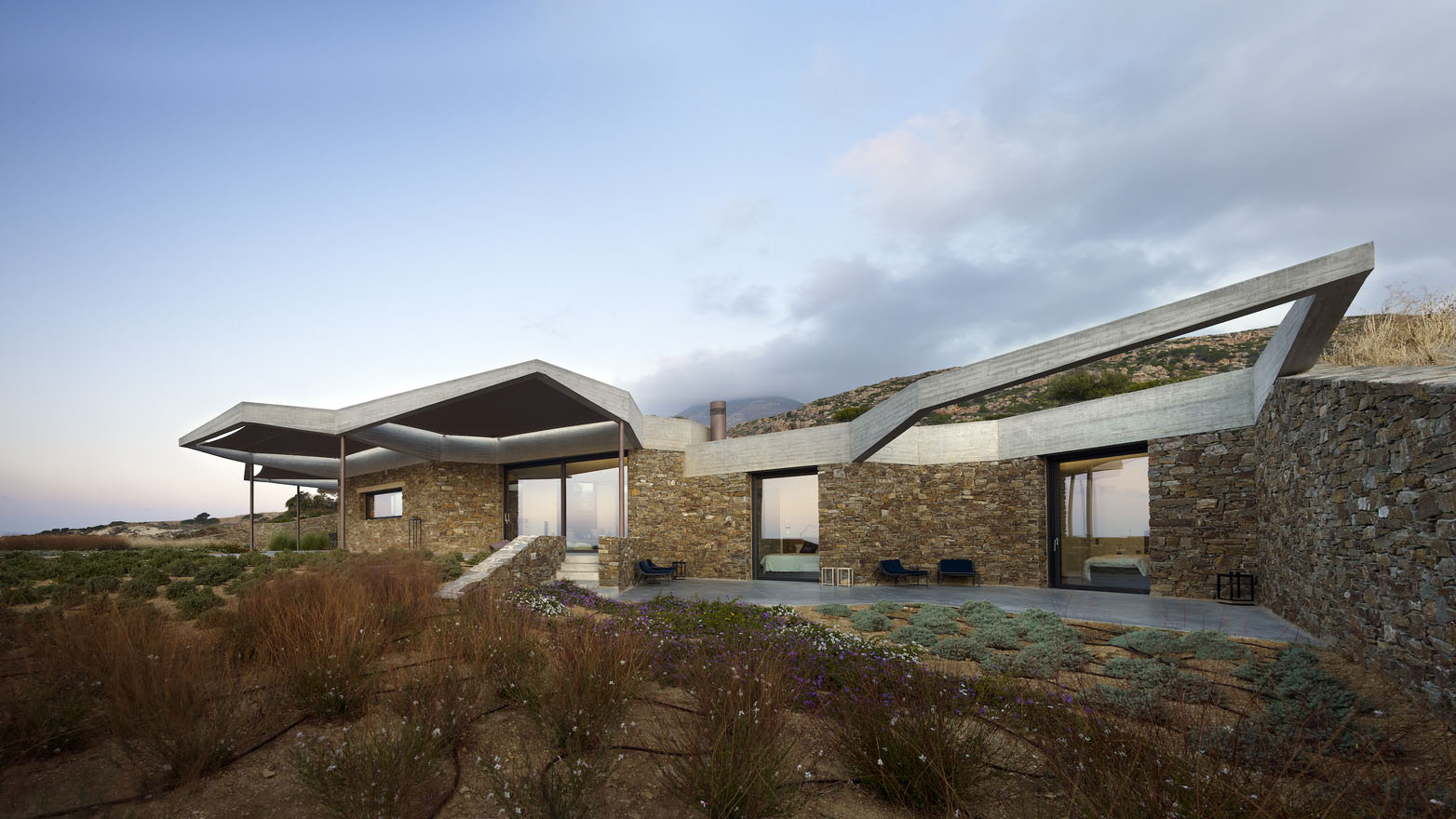 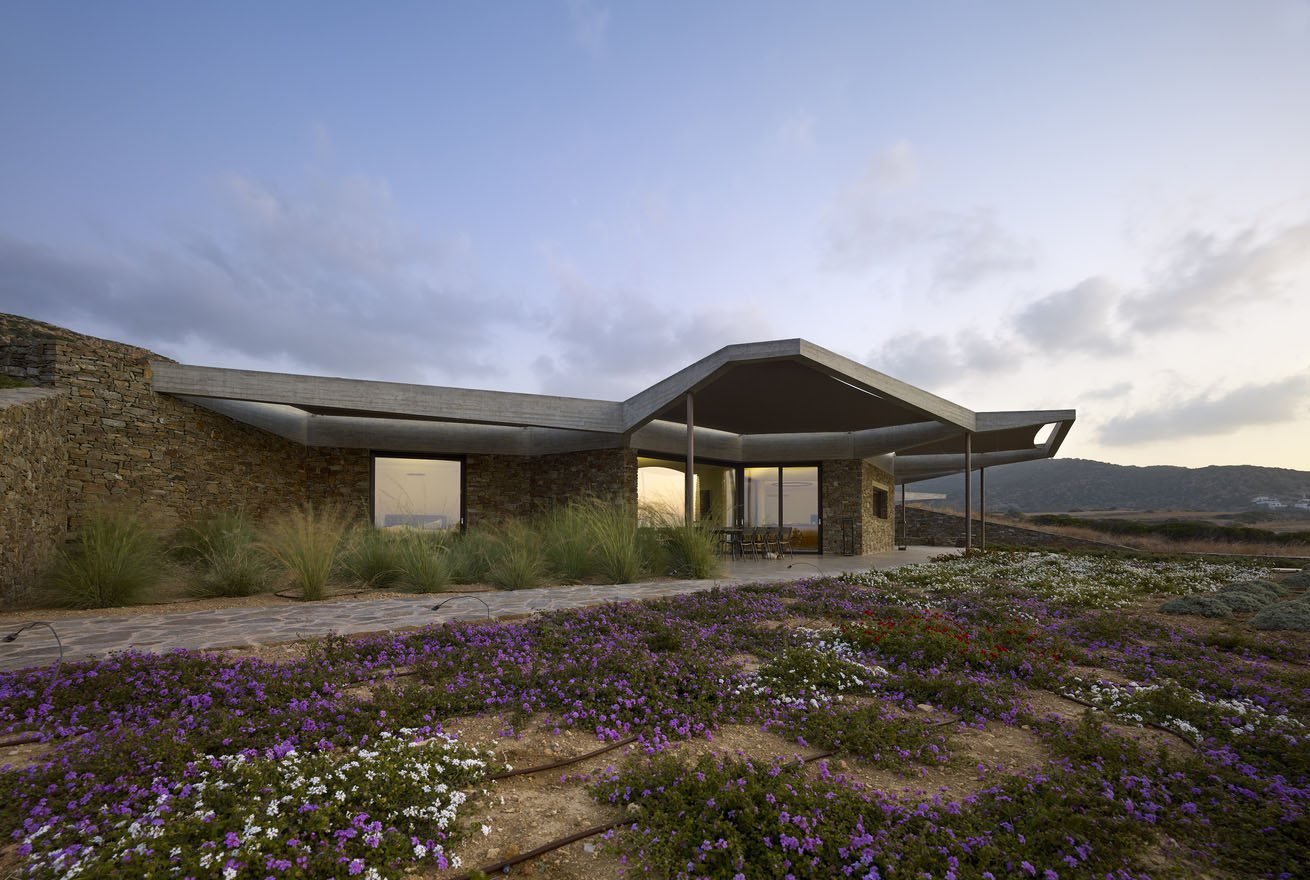 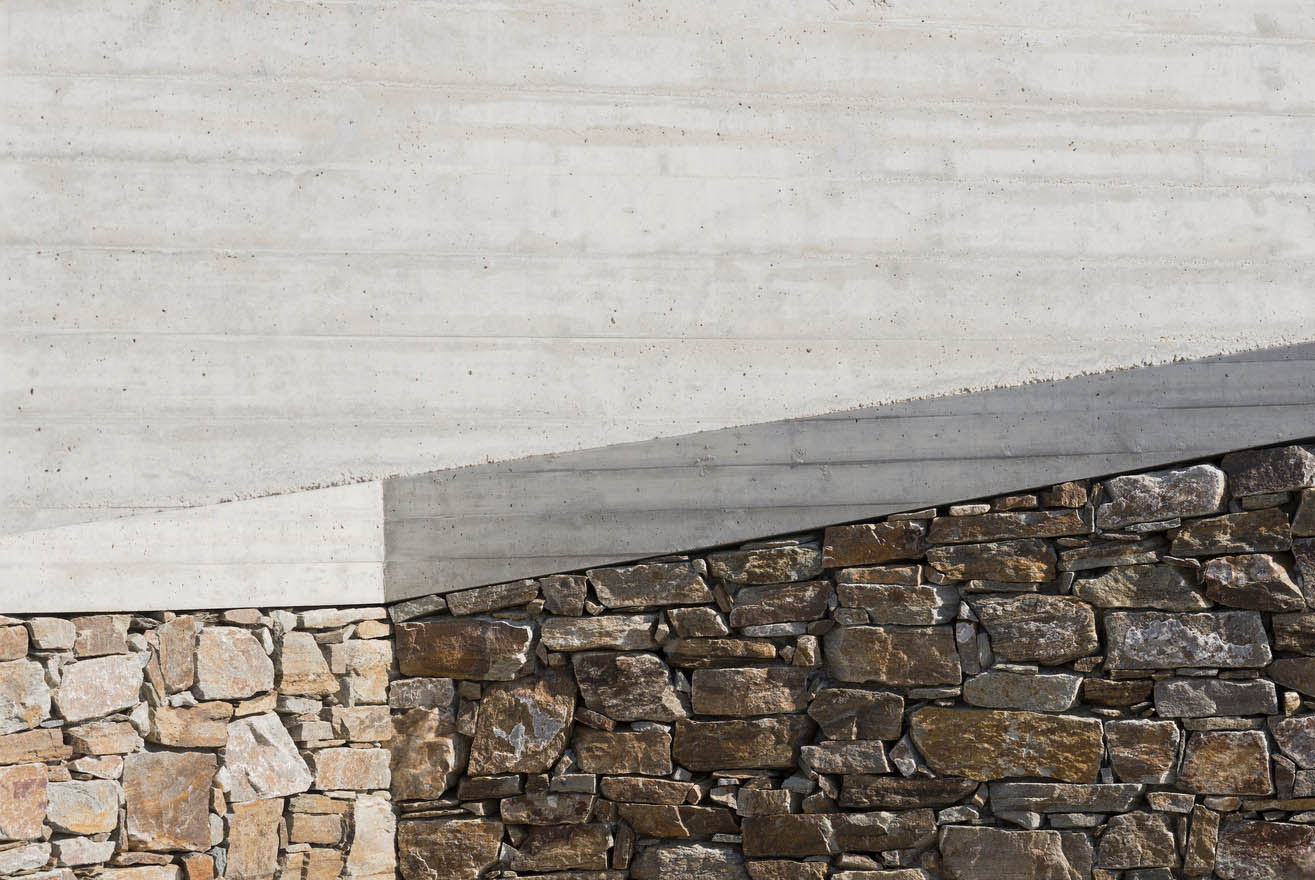 “The Hourglass Corral is a house located in the Cycladic island of Milos, Greece. Its significance is best understood within its larger context. It is the most recent addition of a project called ‘Voronoi’s Corrals’ which began ten years ago and presently encompasses a territory of 90,000 square meters. As a whole, the project is an ongoing effort to integrate the ubiquitous ‘holiday home’ dotting the Southern European coasts within a larger social, cultural and economic context. Instead of ceding large areas of wilderness and agricultural land over to the pressures of the tourism industry, these corrals reinterpret the local heritage of creating territories for the cohabitation and mutual preservation of the wild, the rural and the domestic. Preserving the diversity of use and the productivity of the land means a continuing commitment and exchange with the local community and its economy beyond the limited time frame of the holiday seasons. It is a model for the symbiotic existence of the traditional living and productive landscape and the needs and idiosyncratic characteristics of the contemporary ‘leisure culture’”. 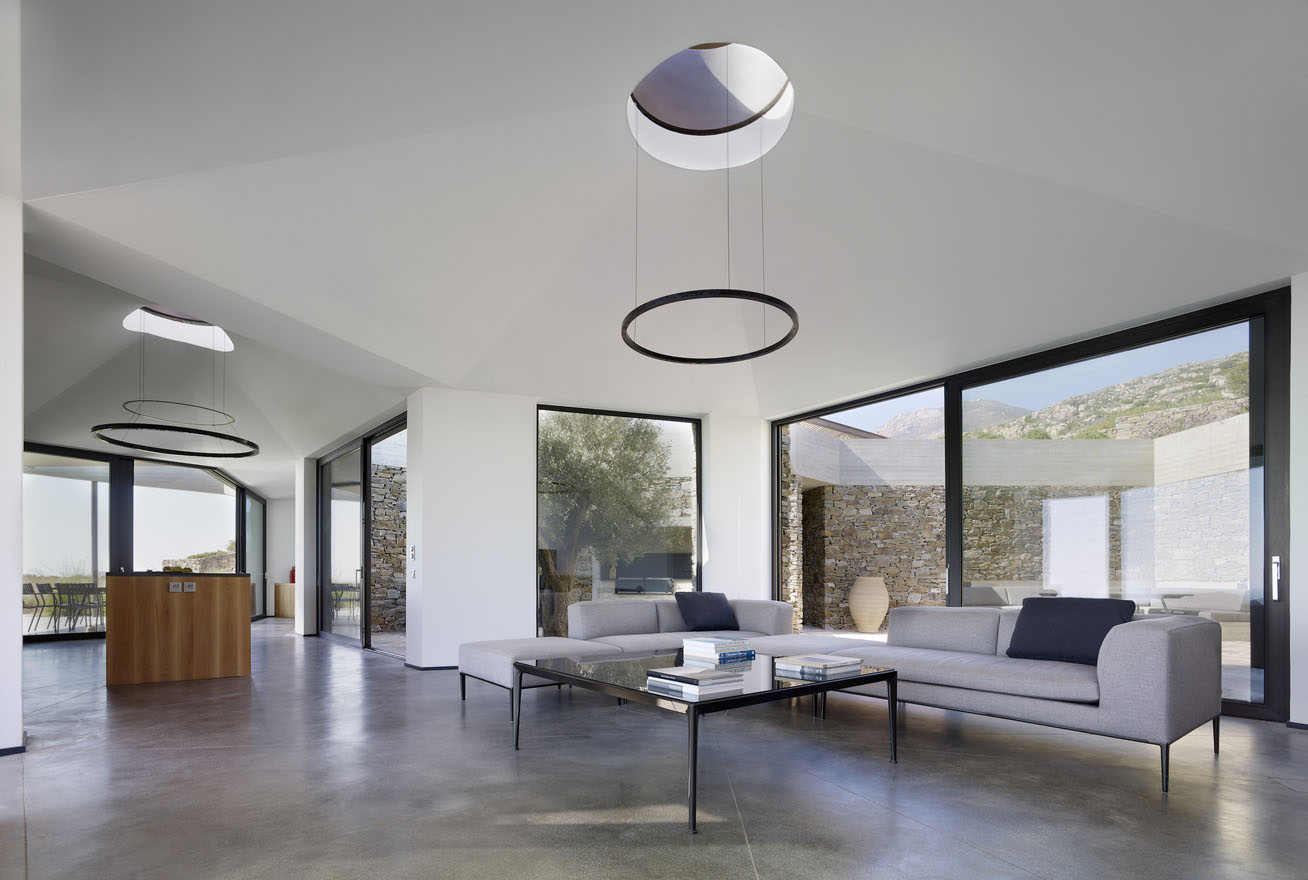 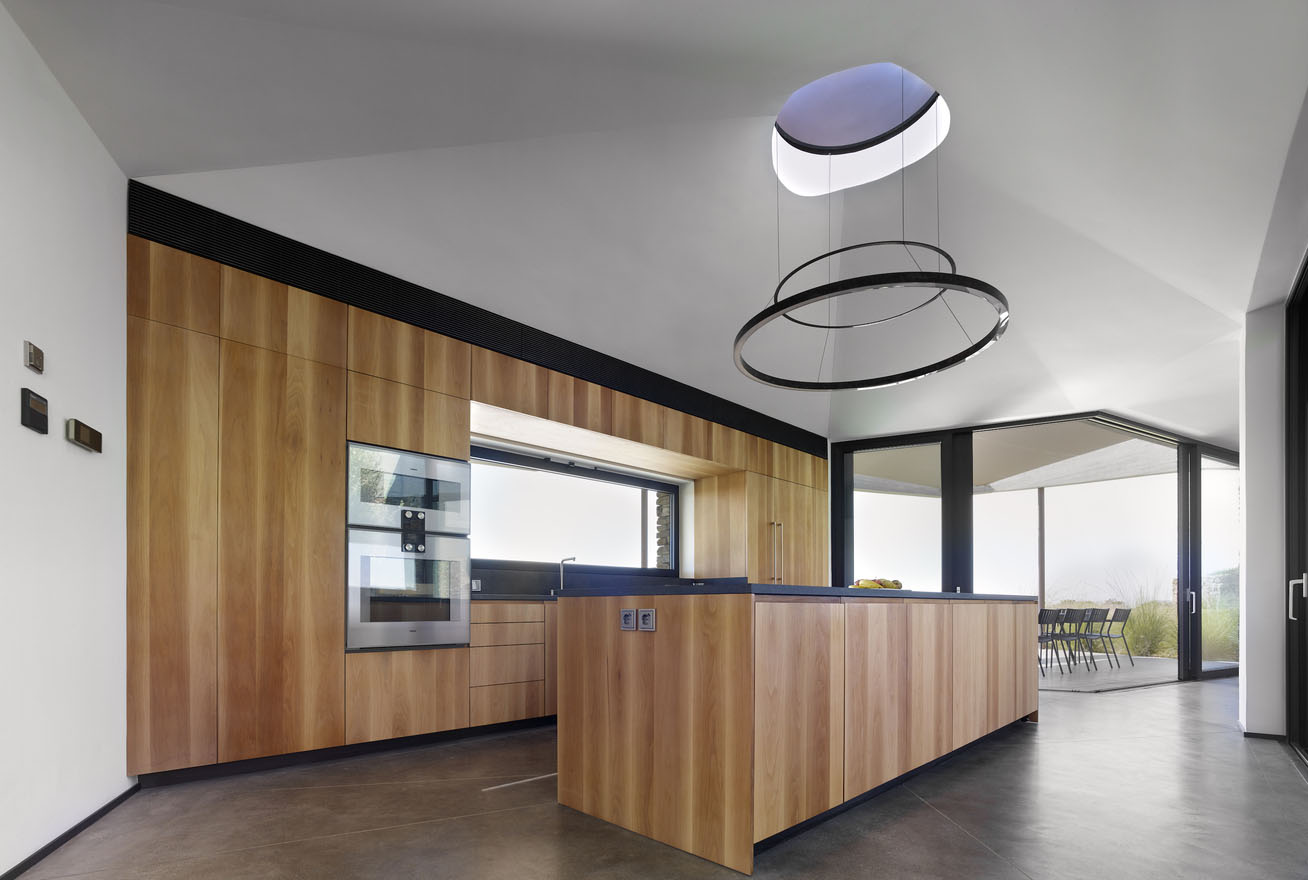 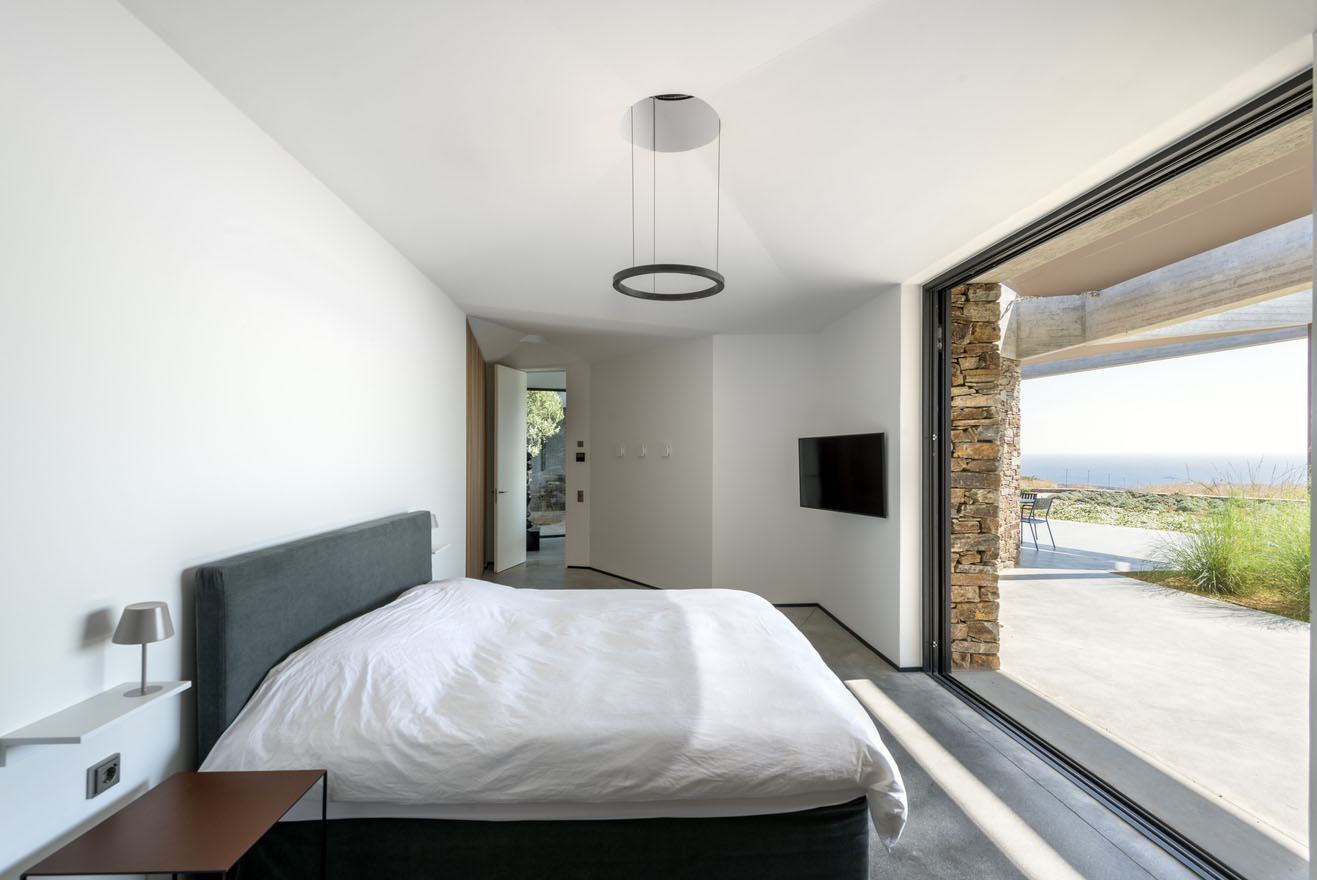 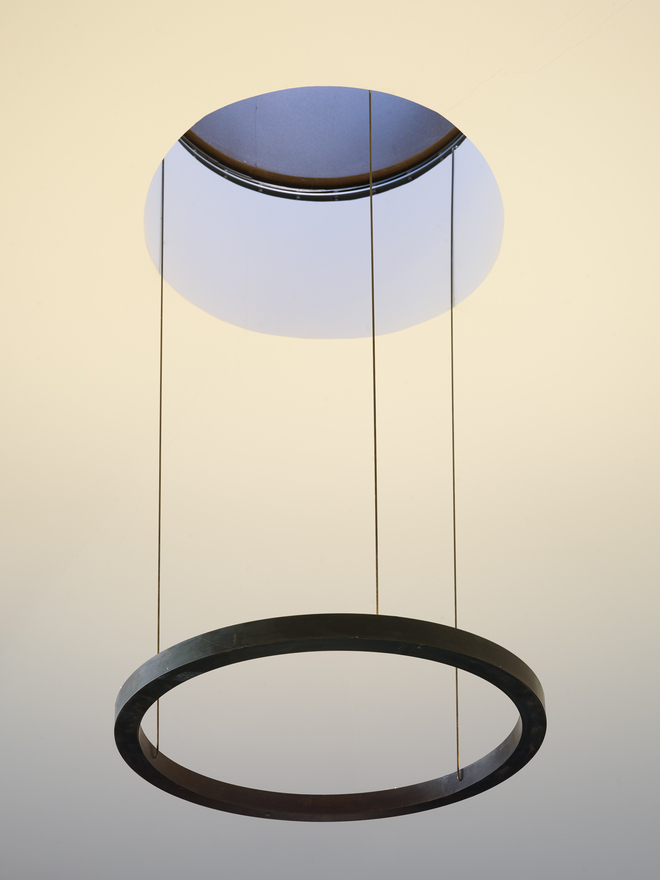 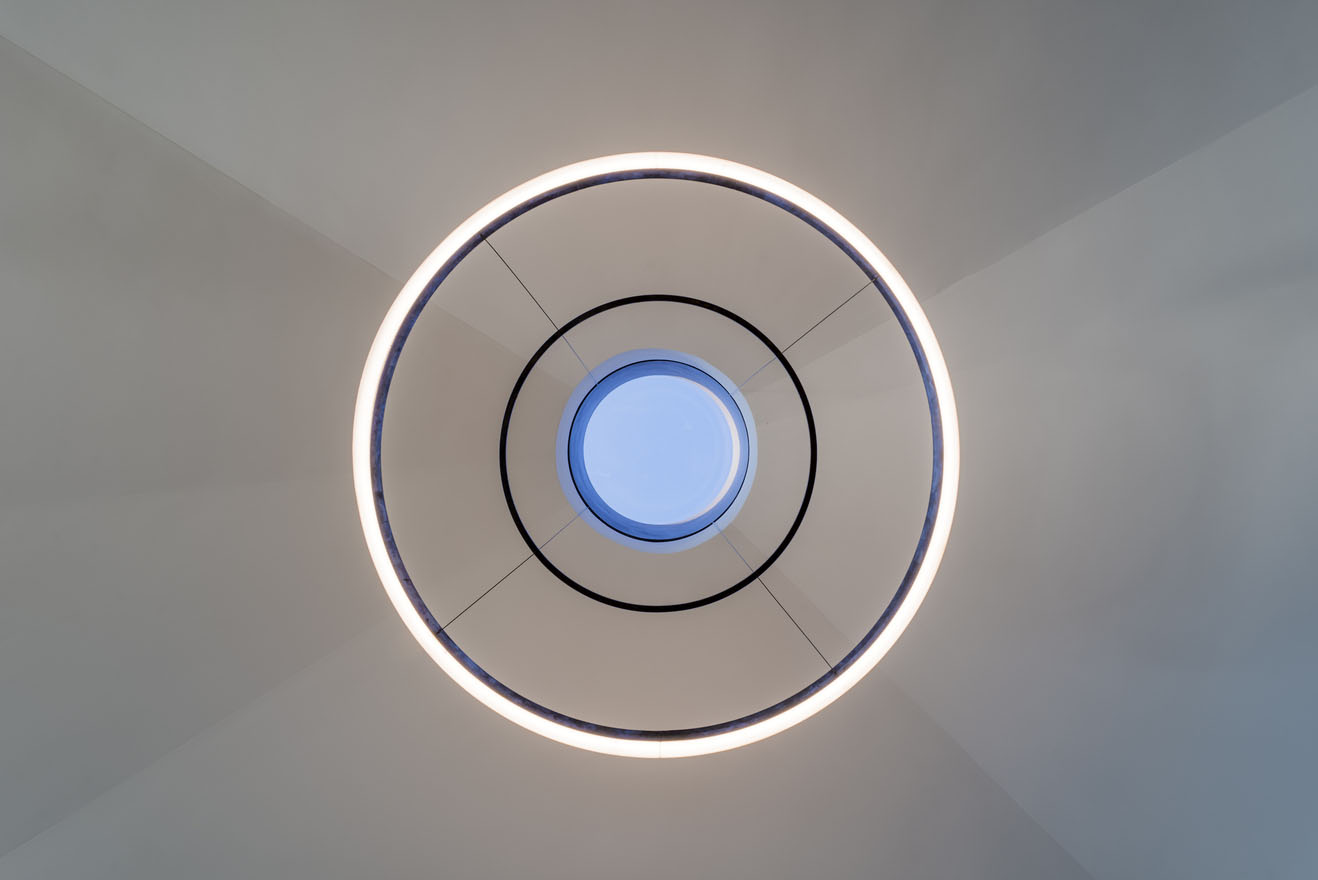 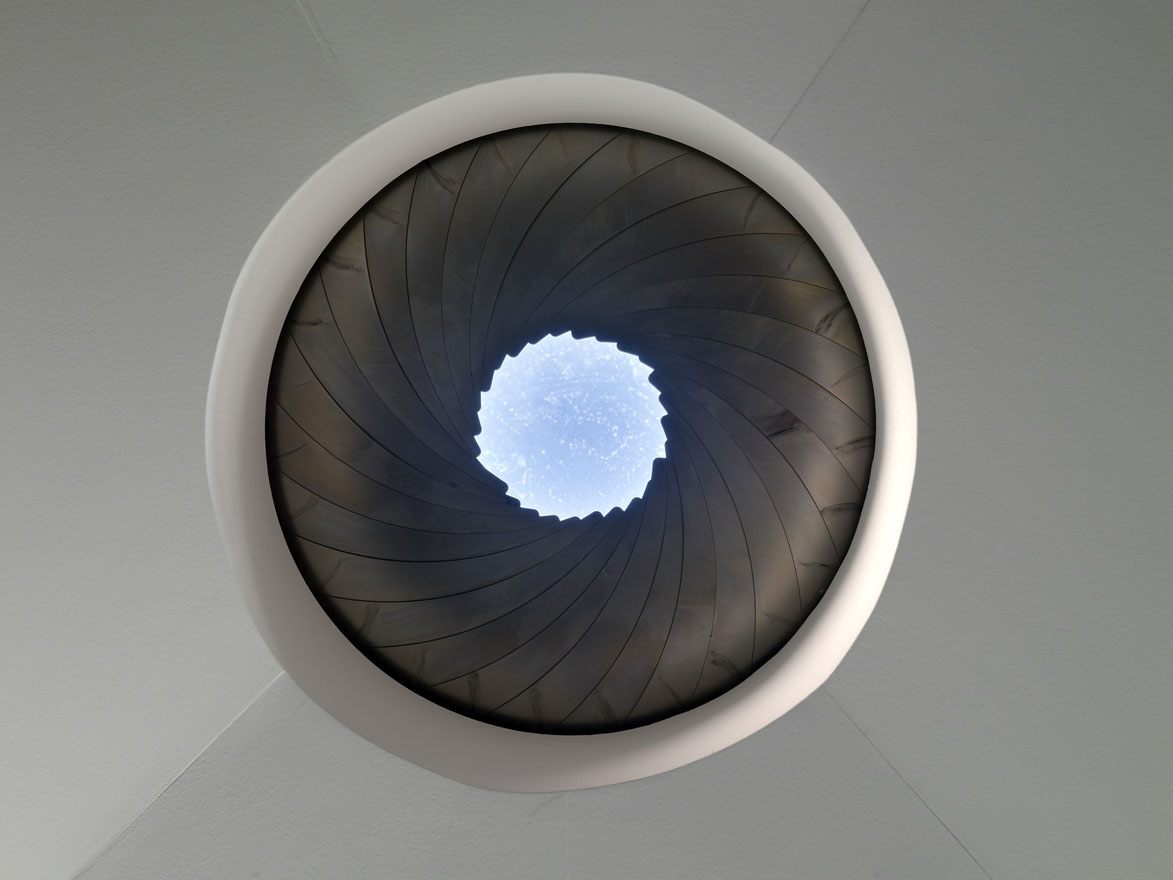